Or so says Microsoft, as part of a Qualcomm press release, with major industry players proclaiming their trust in the next generation Snapdragon 810 processors, which are due to debut in the mobile world in the LG G Flex 2 this month. Highlighted in the context of 'Lumia smartphones' were 'an unprecedented combination of processing power, rich multimedia, high-performance graphics and wireless connectivity for our customers'. 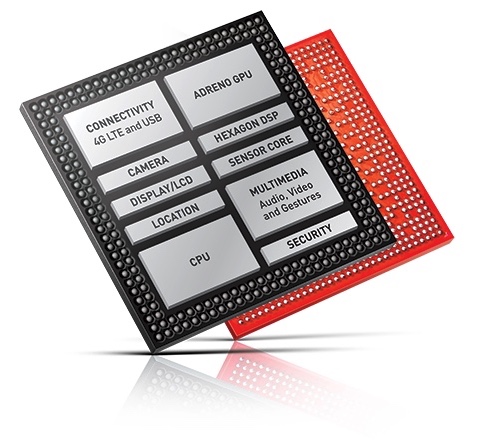 From the Qualcomm press release:

Qualcomm Incorporated (NASDAQ: QCOM) today announced that its subsidiary, Qualcomm Technologies, Inc. (QTI), has a growing customer design pipeline in excess of 60 premium tier mobile devices based on the Qualcomm® Snapdragon™ 810 processor. New devices based on Snapdragon 810 include the LG G Flex2 and the Xiaomi Mi Note Pro, with many more expected in the coming weeks and months...

“The smartphone experience at the premium tier will be defined by products that don’t compromise on performance, connectivity and entertainment, and Snapdragon 810 will be at the heart of enabling these features,” said Murthy Renduchintala, executive vice president, Qualcomm Technologies, Inc., and co-president, QCT. “With a growing design pipeline currently in excess of 60 devices, we’re excited about the innovation our OEM customers will unlock for consumers who demand superior mobile experiences in 2015.”

Which is both completely official and competely ambiguous in terms of details and timing (of course). I'd guess on an 810-powered Lumia 940 being announced in June/July, but your bet is as good as mine here.

The 810 does offer a very impressive set of native capabilities (anyone else remember when most of this stuff was on separate chips scattered around a motherboard?):

Of course, you heard it first, I did recently report from the start of 2016 after a trip in a time machine. Though I got the chipset for the '940' wrong, I guessed the 805! Plus 'Lumia Emerald' has been vaped, I suspect, in favour of a direct route to Windows 10.