Tweetium gets 10k DMs and a host of fixes

With the increase in size of DMs (Direct Messages) on Twitter to 10,000 characters (it was 140!), it's not surprising to see a new update for Twitter clients like the 'universal' Tweetium here, but there are a mountain of other fixes and optimisations, as listed below. Still my favourite way of accessing Twitter - on any platform.

Highly recommended, you can buy Tweetium from the Store here. Yes, it's commercial software, but I promise that you'll be happy - it's certainly the slickest I've seen for Twitter on Windows Phone. All for the price of a half pint of beer. It's a universal application too, so will work on Windows 8.x and above on the desktop/laptop too. Here's my Twitter timeline right now on both phone (Lumia 930) and laptop (running Windows 10), a good example of how content can be seamlessly reflowed in an appropriate fashion on different sizes and shape of display: 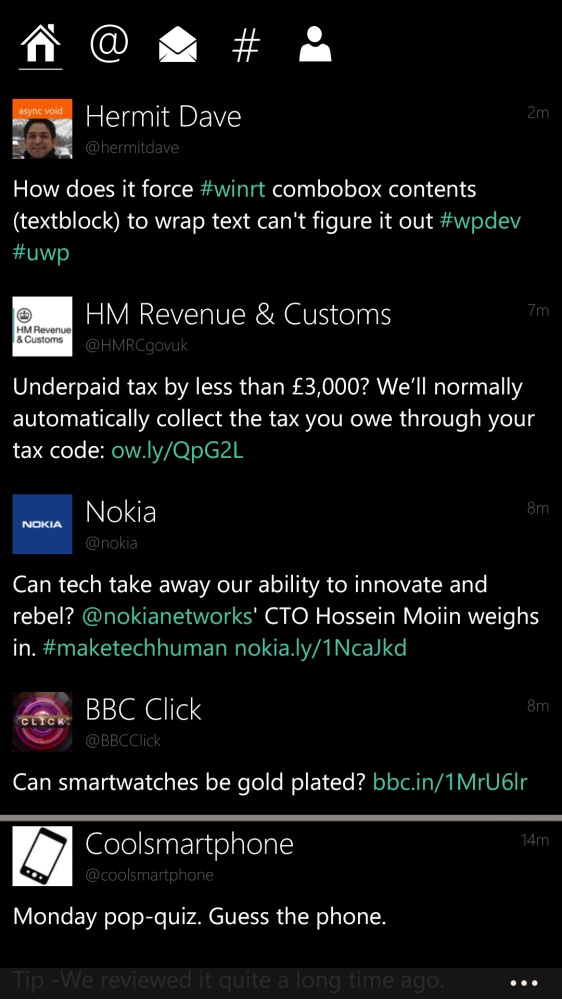 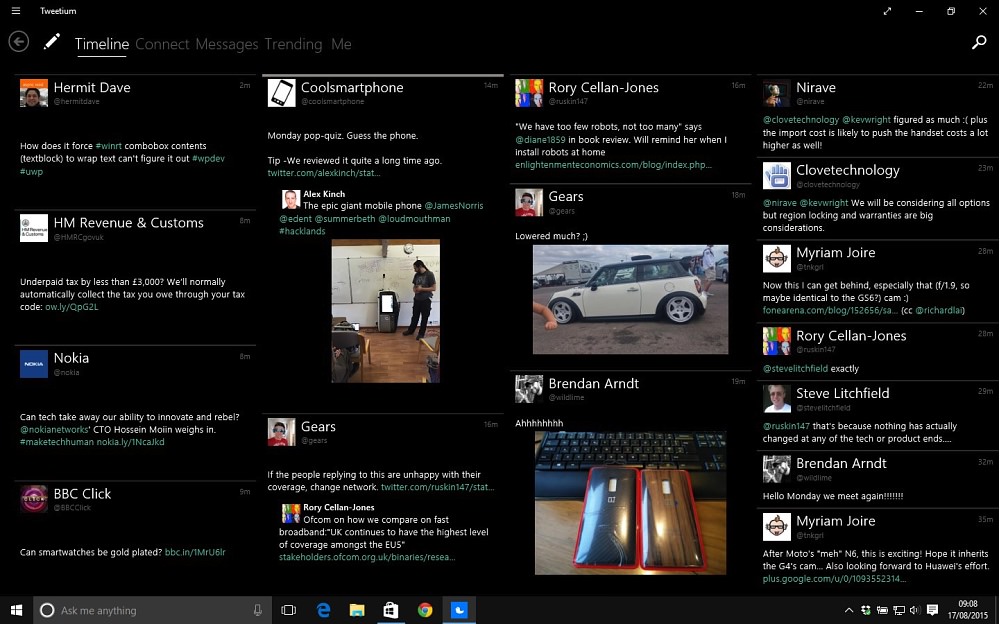 Filed: Home > Flow > Tweetium gets 10k DMs and a host of fixes