Facebook UWP appears in public beta for all to try

As usual with Facebook on Windows, the story here is slightly murky. Back in the day Microsoft coded up a decent Facebook client for Windows Phone, but this has become more and more outdated. They went through a number of redesigns and refreshes, but it remained a Microsoft publication. In parallel, Facebook has shown a new momentum in coding its own UWP application for the Windows 10 ecosystem (hey, it's large enough), though it has taken many months to get to the current stage. And it's still not fully released. Users would have to know to go to the 'beta' link below, and even then it's not (as I write this) available in all regions of the world.

But - if you're ready to accept an app that's in beta and if you're happy to mess around with changing your phone's 'region' in Settings for the installation (and change it back afterwards) and you're OK with a client that's 100MB (yes, really) then knock yourself out, Facebook (Beta) UWP is in the Store here.

Here's the new UWP in action. No doubt it will gradually get released across platform variants and regions in due course, in time for the Windows 10 Anniversary Update: 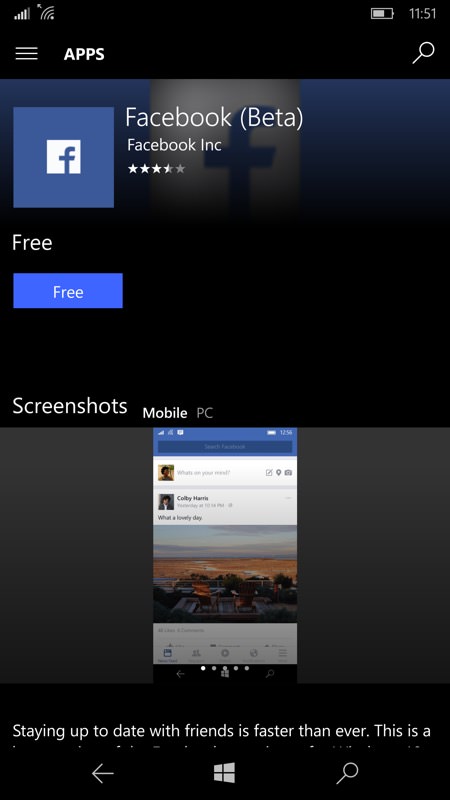 It's in public beta at last - Facebook's own Windows 10 (UWP) client! 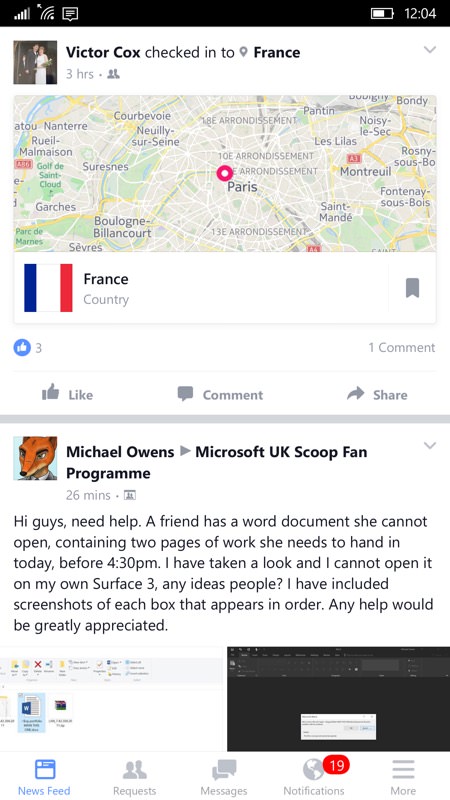 The layout is clear and clean, if utterly AMOLED-unfriendly. Ah well. Also, it's just.... Facebook. I still maintain that many people will be just as happy with the web site(!) 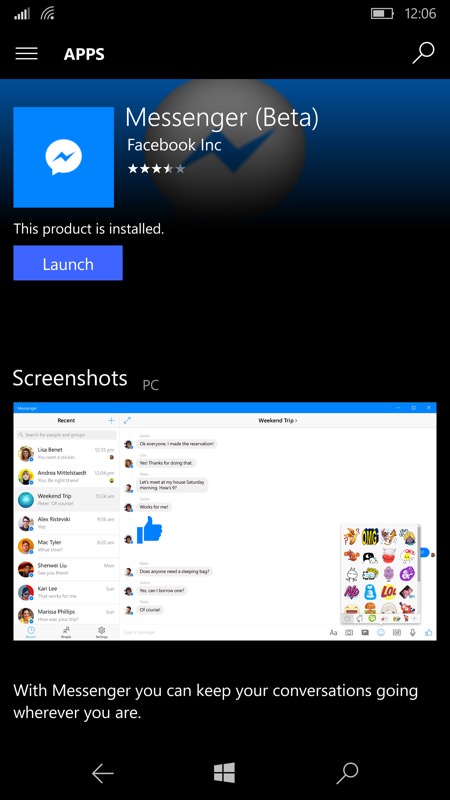 This client follows neatly on from last week's similar availability of the Facebook Messenger client - which this application err... calls. So they had to release these apps in the right order! 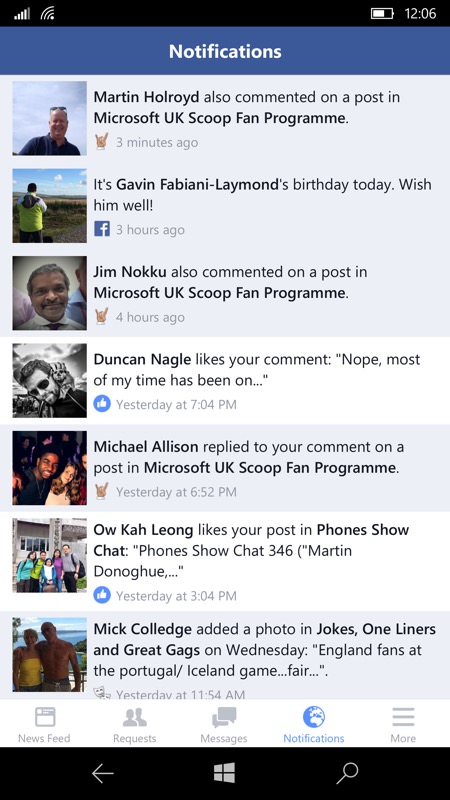 Browsing through my notifications... 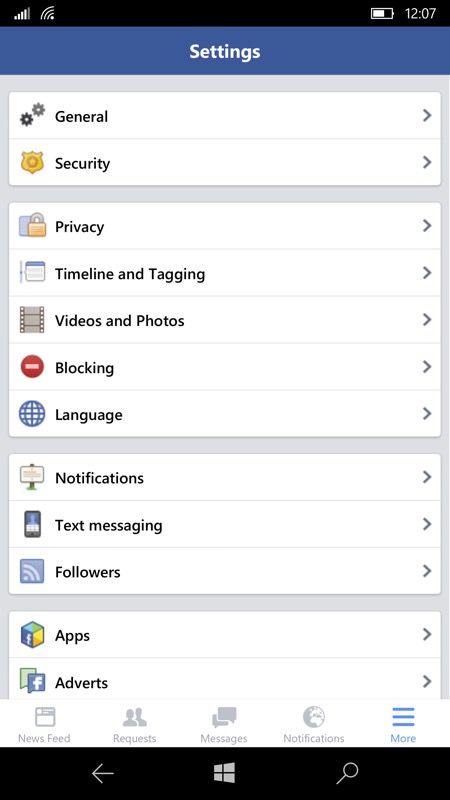 A comprehensive set of Settings, though almost identical to those in the mobile web view. Again, do we REALLY need a client for Facebook?

Filed: Home > Flow > Facebook UWP appears in public beta for all to try