How to: Set up Facebook (Beta) Contacts and Calendar syncing in Windows 10

Back in the day (ok, only 14 months ago), I covered how to connect the Microsoft-written Facebook application to your Windows Phone 8.1 Contacts and Calendar. Which was all very well, except that Contacts and Calendar have been totally rewritten for Windows 10 (Mobile), not least because the latter is now part of Outlook. And then there's Facebook stepping up to the mark with a full UWP app for the new platform. One of the recent additions to 'Facebook (Beta)' was Contacts and Calendar syncing with your smartphone's applications, so I thought it might be a good idea to demonstrate the check boxes needed.

In truth, there's not much to it because the principle is very similar to that under Windows Phone 8.1. But everything looks different and the settings you need to check are new, so here goes.

Go into Facebook Beta and head for the 'More' control at the bottom right. Swipe up and you'll see a 'Contact and Calendar Sync' function listed: 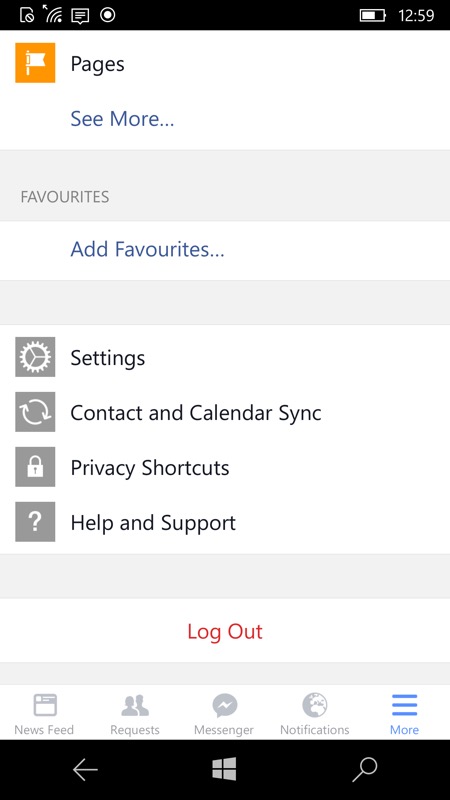 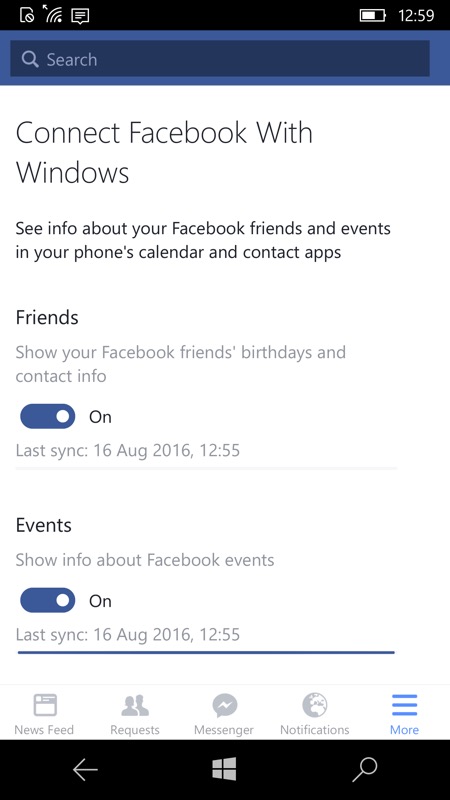 Tap this and then turn both the Friends and Events links on. Each will immediately try and sync through into your Windows 10 People and Outlook Calendar. The former will take a minute or so, so be patient (thereafter it's much quicker and works in the background). 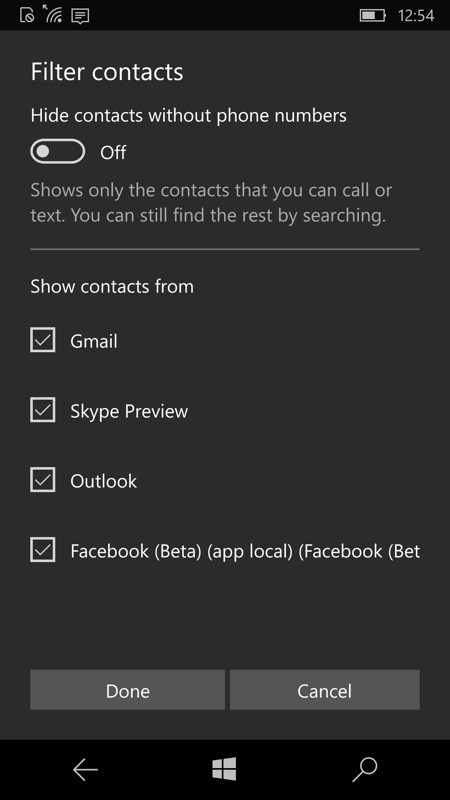 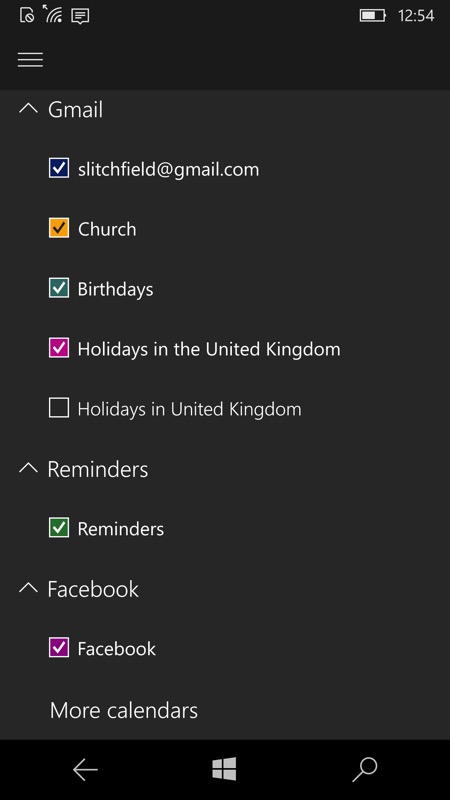 In People, tap on the blue hyperlink besides the word 'Show'. This will show your 'Filter contacts' list and there at the bottom is a new option, to include all your Facebook friends. Likewise, in Outlook Calendar, tap on the top left hamburger menu and you should see 'Facebook' in the list of calendars to show.

Pretty cool. My guess is that Facebook will bring this out of beta and over the top of the existing Facebook client at the same time as Microsoft pushes the Anniversry Update to non-Insider devices later this month.

Filed: Home > Flow > How to: Set up Facebook (Beta) Contacts and Calendar syncing in Windows 10