You may remember my extensive roundup of UWP podcatchers earlier this year? Well, Bringcast was deemed to be in second place then, with potential to be best once all the bugs had been 'ironed out'. And it seems that with today's update, a load of bugs have indeed been quoshed, see the extensive changelog below.

Here's the full changelog for v4.0.43, since the last time we featured Bringcast here, back in January:

Quite a list then and Bringcast is now much more reliable in daily use. A few representative screens of the new version in action: 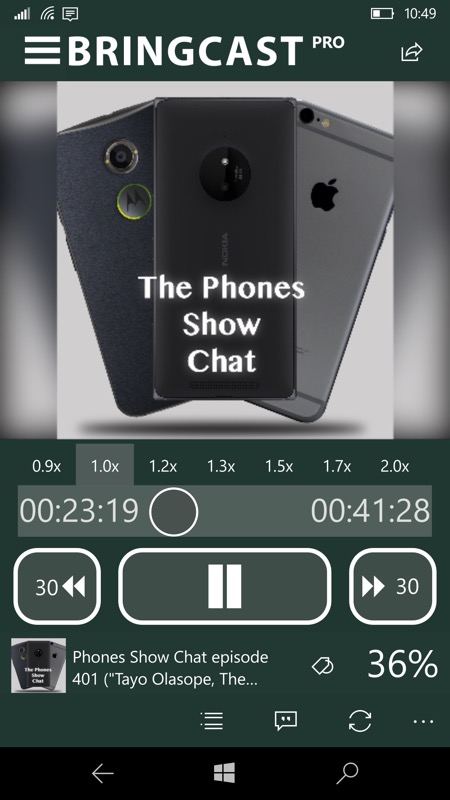 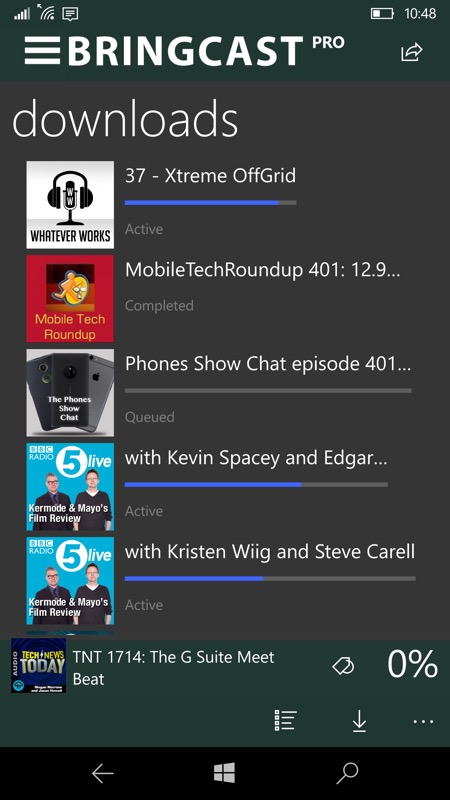 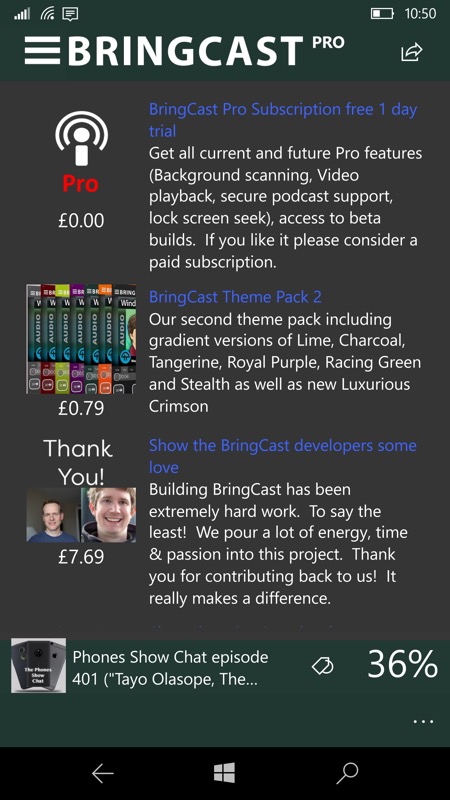 Multiple downloads at the same time should no longer cause 'race' conditions and issues; (right) 'Theme Pack 2' should now work properly - which is good, because several of its items were my idea! 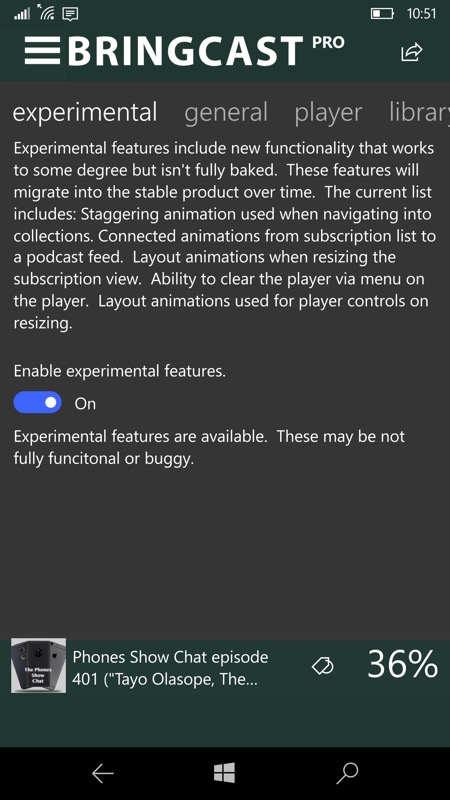 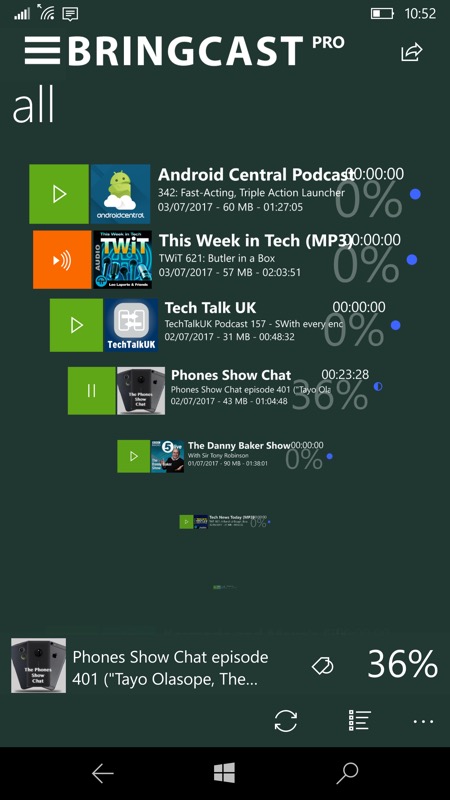 BringCast has perhaps come of age with this release. The most controversial thing done here in the last six months is the switch to a 'service' model, but 72p a month is neither here nor there in the grand scheme of things and don't we all want to support dedicated Windows developers in 2017? Grab this podcatcher for free here in the Store and then head into the 'Get Pro Features' section on the bottom toolbar.