You may remember that I reviewed PAWA here and then reported on an update recently? Well, the developer's been going from strength to strength and PAWA has now evolved to allow for multiple running instances. So, for example, you can have Twitter in one, Google Maps Go in another, and the Financial Times in yet another. All accessed from your Start screen and thereafter from the multitasking carousel in Windows 10 Mobile. The only remaining caveat is that if you tap on a Start tile for a PWA (Progressive Web Application) that's already running then you end up with another instance of that PWA in RAM, which can be wasteful or confusing.

I suspect that this is a caveat that you'll have to live with, but it's a minor point in the grand scheme of things as long as you know what you're doing. And the upside is that any PWA or HTML5 web site can be easily accessed from your Start screen and without any Edge URL bar to offend or get in the way. 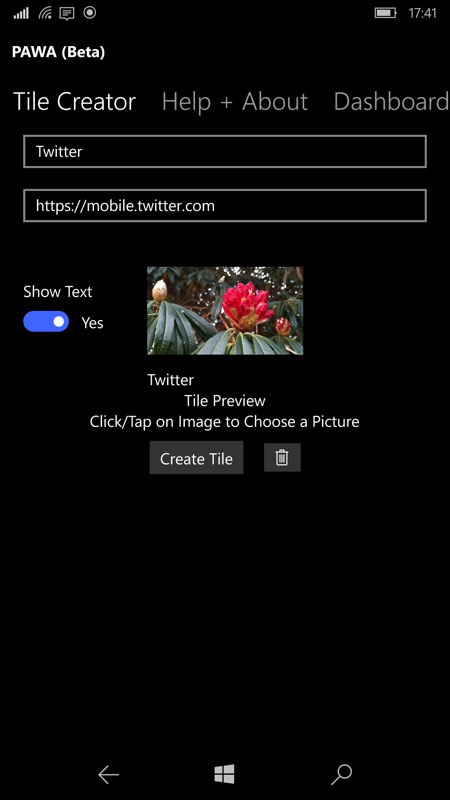 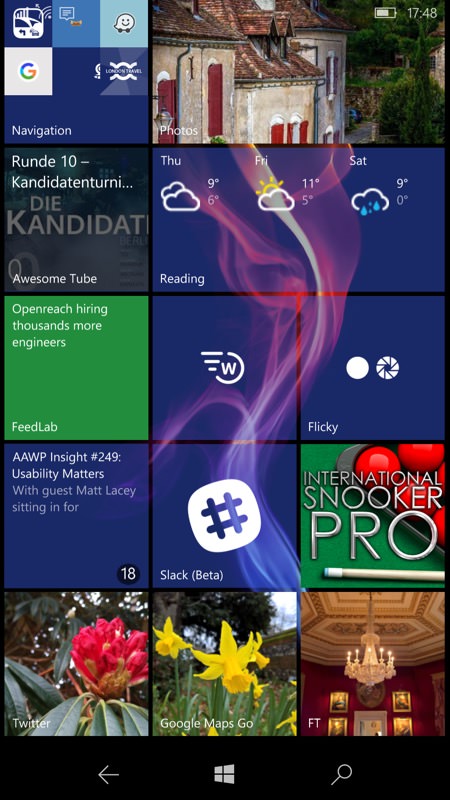 Creating a Start tile is as before. Pick a URL (e.g. a PWA or HTML5 site), pick an image to go with it if you like (e.g. for eye candy) and you're done. (right) In my case I did this for three popular destinations/apps, on the bottom row here, for Twitter, Google Maps Go, and the Financial Times. 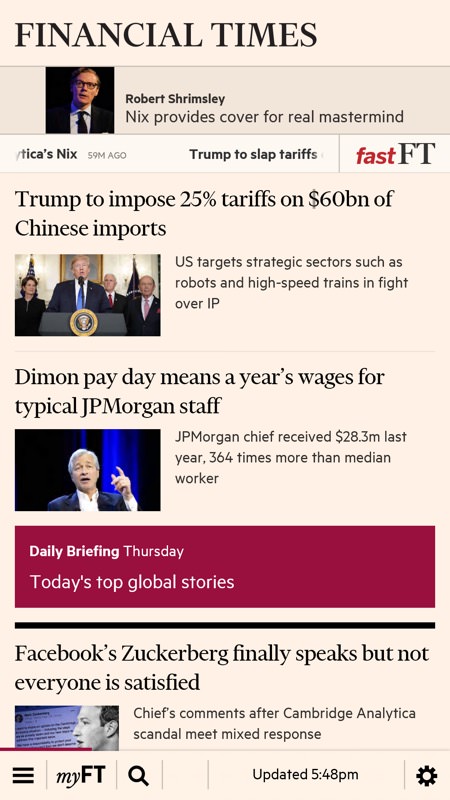 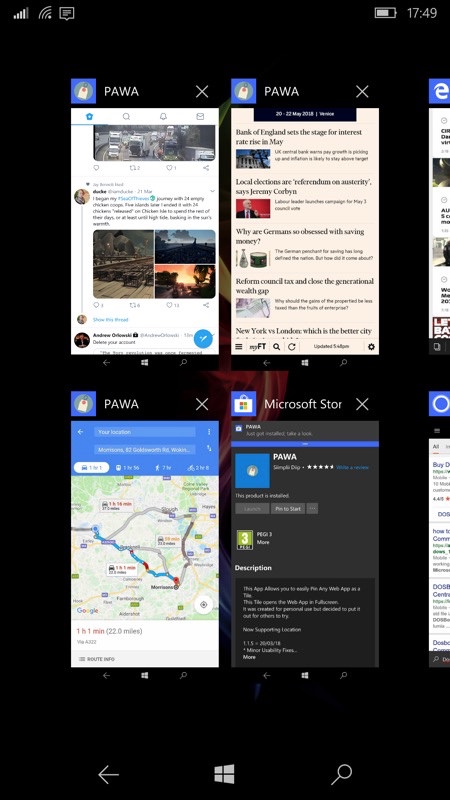 Tapping a Start tile loads up the PWA, as with the FT here. Part online, part local/cached, this responds very quickly compared to a 'pure' HTML site; (right) long pressing the back control to bring up the multitasking carousel on my IDOL 4 Pro here, showing all three PWAs (labelled here as PAWA in the carousel) running in RAM at the same time. Just tap to select and it's instant - there's no appreciable loading time, as with previous PAWA versions.

Not shown here for privacy reasons, but geolocation now works in PAWA, so any PWA or HTML5 app/site that needs to know where you are can now be told. In the case of Google Maps Go, it means that the PWA is a err... 'go'!

You can grab PAWA in the Store here. This is a great addition to Windows 10 Mobile, especially as there are now so many HTML5 sites and PWAs taking the place, in many cases, of native WP8.1 or UWP applications.