Prolific publishers and much more, added to Podcast Lounge UWP

Last covered here on April 2nd, Podcast Lounge UWP (still technically in beta) continues to improve apace. I make no apologies for dipping into its beta period with multiple Flow stories here on AAWP - the developer has been incredibly communicative in terms of what's new and changed, as well as really getting involved with readers and users. (And if other devs were to do the same then they'd get similar coverage.)

From the developer, Richard Castle:

This is one of our “tick” builds which carries some new functionality as well as bug fixes based on the awesome reports you’ve been sending through. Keep them coming as we review and act on every one of them.

This version brings more refinement to the Top 100 list, allowing genre to be selected and even country. We’ve also brought an old favourite from Podcast Lounge: Collections. Curated lists of podcasts from some of the most prolific podcast publishers in the industry. All of these enhancements help you find new content quickly and efficiently.

We’ve also quashed some of the most common exceptions you’ve been getting and also streamlined many of the database operations to make your experience even smoother.

We’ve started posting the update history on the website (available from within the app under Help + Feedback > Update History). You can view it directly from here.

As you can tell, development is just rocketing along - it's a shame that it started so late in Windows 10 Mobie's life cycle, but there we go. Of course, this also works on desktops, tablets, Xbox, and so on, but my gut feel is that its home is on Mobile, just as with its WP8.1 predecessor. 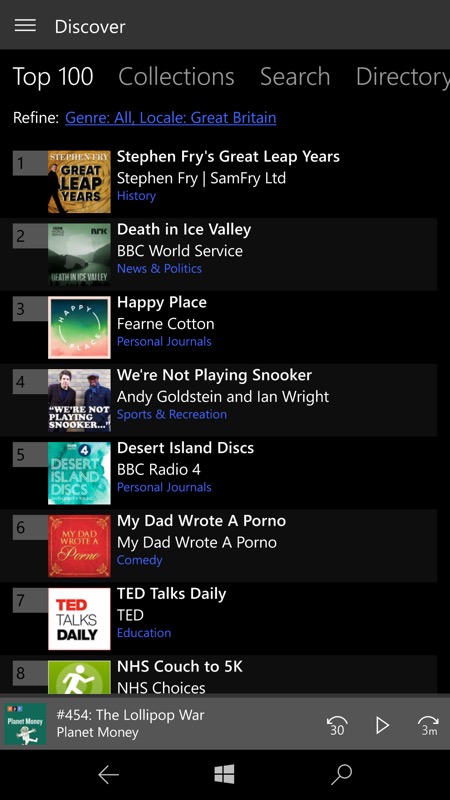 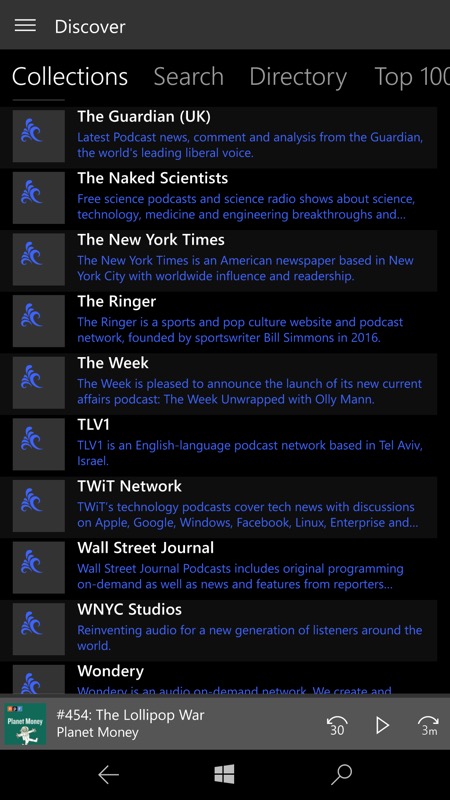 Browsing the top 100, across all genres but for GB; (right) viewing podcast collections. And no, AAWP isn't in any of them (sob!), I think? Still, another useful discovery tool. 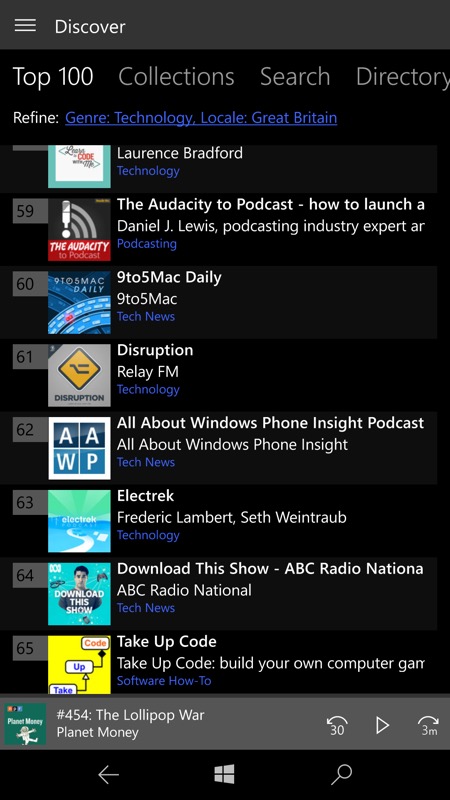 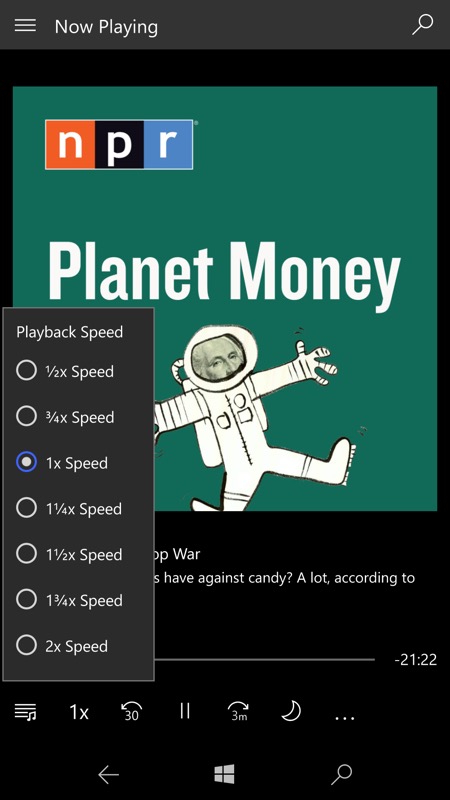 PS. It's true that I've already done a big podcatcher round up for Windows 10 Mobile, so at some point I need to update it to add Podcast Lounge. And do see my top picks there, for comparison against this new contender.