Last covered here on April 17th, classic podcatcher Podcast Lounge UWP (still technically in beta) continues to improve apace. I make no apologies for dipping into its beta period with multiple Flow stories here on AAWP - the developer, Richard Castle, has been incredibly communicative in terms of what's new and changed, as well as really getting involved with readers and users, with fantastically detailed changelogs.

With apologies for length (the developer's been busy, and remember this, across four minor versions, is all in the last fortnight!), here are the changes for v1.2.45 since the last time we featured Podcast Lounge UWP:

As you can see, there's little to latch onto it in terms of screenshots here, but just to illustrate this story(!): 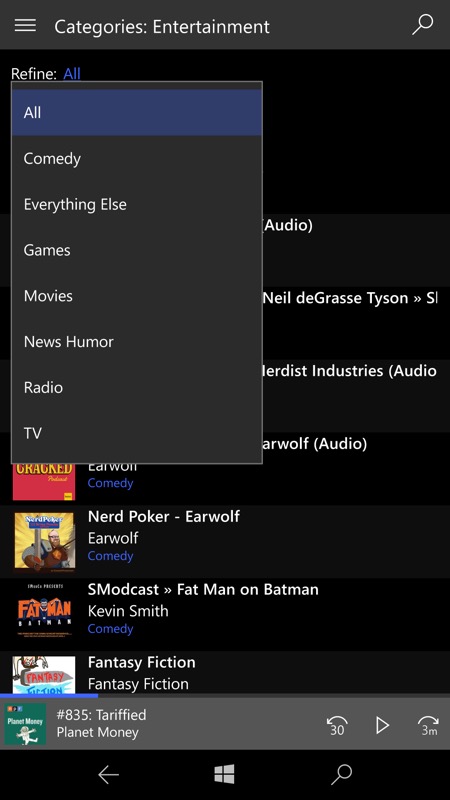 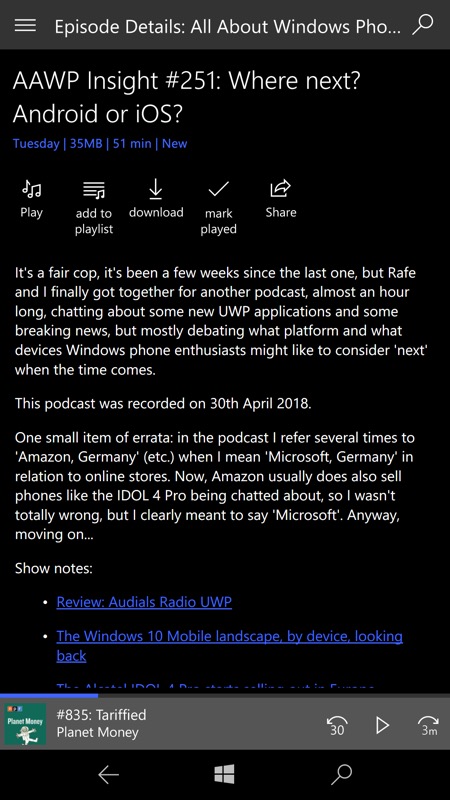 As you can tell, development is still rocketing along - it's a shame that it started so late in Windows 10 Mobie's life cycle, but there we go. Of course, this also works on desktops, tablets, Xbox, and so on, but my gut feel is that its home is on Mobile, just as with its WP8.1 predecessor.

PPS. It's true that I've already done a big podcatcher round up for Windows 10 Mobile, so at some point I need to update it to add Podcast Lounge. And do see my top picks there, for comparison against this new contender.