It's a fair cop, this arrived a few days ago, but it's not a huge update for most people, so it was bottom of my to do list. Still, Twitter is Twitter, and the PWA does continue to improve. And great to still have official support, even as a Progressive Web Application in the Store.

Here's the official changelog for v6.1 since we last featured Twitter PWA here:

Some screens and illustrations: 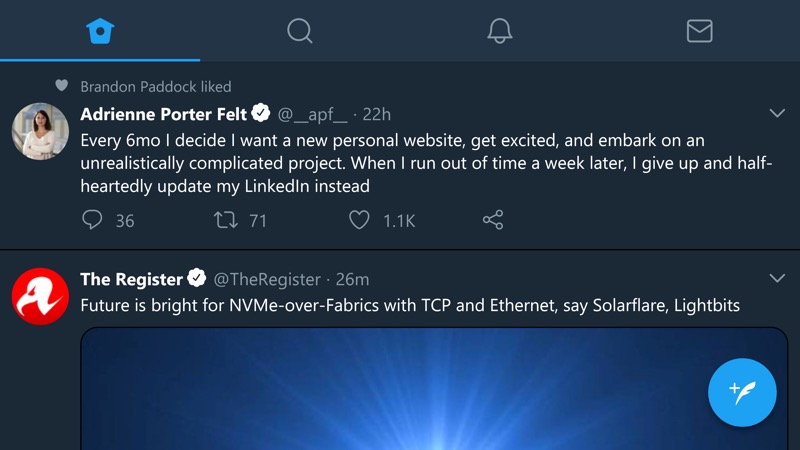 Landscape mode works pretty well, though there's too much scrolling on a phone display. Still, you can pinch and zoom images and generally treat tweets like web posts (which they kind of are in a PWA).... 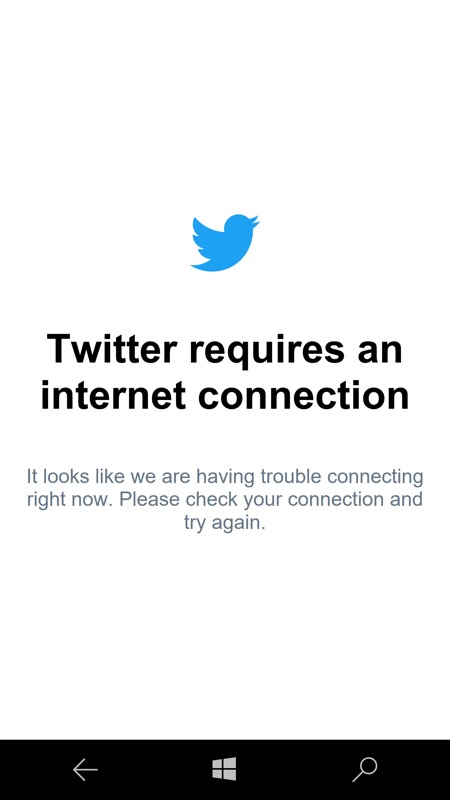 This was just one of the errors seen by many (including me) in the previous version. It claimed to be offline, yet the phone absolutely wasn't. This has now been fixed!

In addition, it seems that Twitter PWA now supports even phones on Windows 10 Anniversary Update, so there's clearly been some generalising of the PWA's Javascript, HTML5 and CSS to work on the older version of the Edge browser. Cool.

You can grab or update the Twitter PWA-ified UWP client here in the Store. Enjoy night mode, enjoy the 280 character compatibility, enjoy the new Explore layout and functionality, but it's still not as slick or as fully featured as the commercial third party client, Tweetium UWP, which offers every feature under the sun, right up to push notifications, and which I've been recommending for the last couple of years.