You'll remember my unofficial way to post longer tweets in Tweetium last week? Well, this is now redundant as Tweetium UWP now supports 280 character tweets officially, in an update released just now. Notably, the official Twitter UWP client is still limited to 140 characters, so Tweetium is the way to go.

As someone who's embraced this world of longer tweets, having my (already) favourite Twitter client (on any platform) now letting me vent my thoughts to the world in extended form is well worth this News post.

The new version is v4.2.501 and here's the screenshot proof: 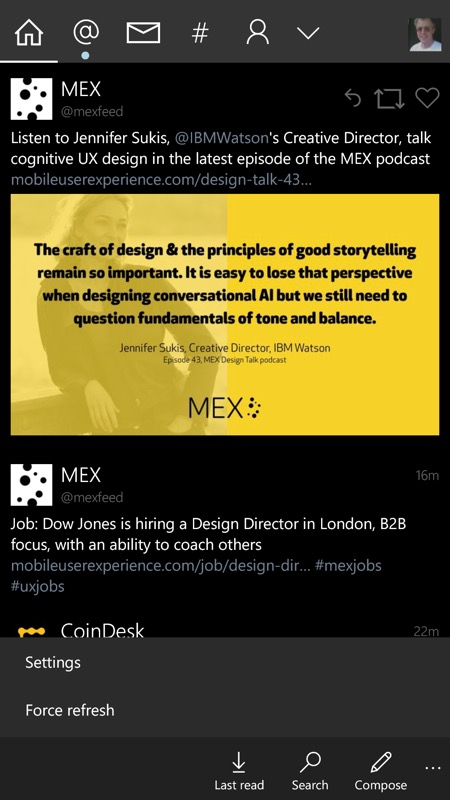 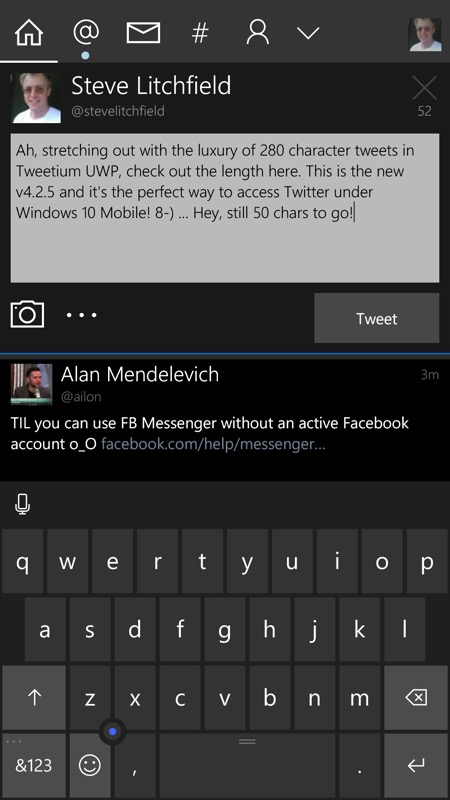 'Compose' and then get typing - 280 characters to luxiate in - officially!

The fix would have been here sooner, apparently, but the developer, Brandon Paddock, had a source code issue for a month or two and had to re-do the last few bug fixes from scratch before the support for extended tweets could be implemented.

As usual, Tweetium is a commercial UWP application and is about £2.50 in the UK Store, but well worth it, and works on phone, tablet, laptop, and so on. In fact, here's the new version in action on my Surface Pro, again creating a 280 character tweet: 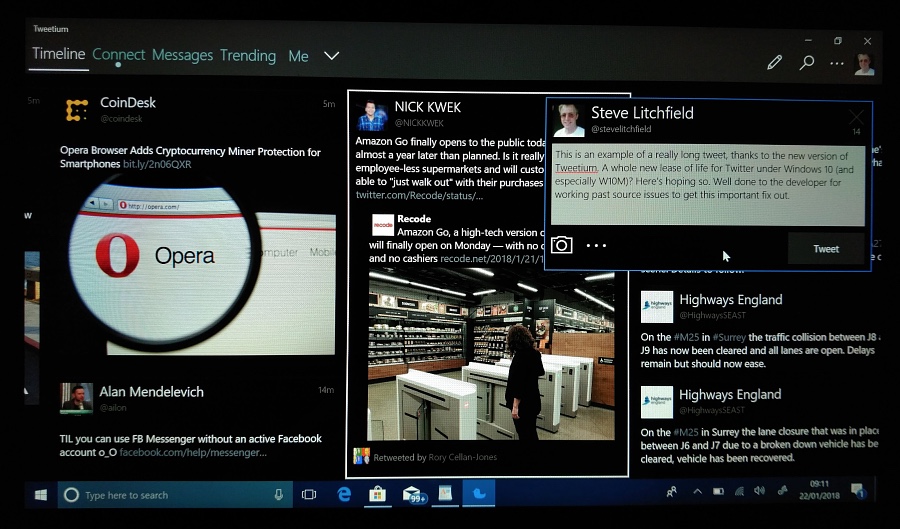