myTube UWP gets private mode, 'Up next', and much more...

Last covered way back in 2017, myTube! UWP goes from strength to strength as the premier YouTube client on Windows 10 Mobile. Here are details of today's big v3.3 update, straight from the developer. The biggest change for mobile users is probably the new Private mode, wherein stuff you watch won't be added to your YouTube history. Not that there's much 'dodgy' on YouTube to worry about, but you might like to keep your fondness for Rick Astley or Mariah Carey a secret, I guess, to save future embarrassment?(!)

Here's the official changelog for v3.3, over and above v3.2, which we featured here nine months ago:

Added myTube Rooms (beta), which allows you to watch videos together and chat with friends
Added Private Mode to settings, which prevents watched videos from being recorded to history or the timeline
Enabled manual language selection
Small changes to reveal lighting brushes and button template
Reduced memory usage of the WebView player after it's finished being used
Removed requirement for remote system to have a status of "Available" before casting to it
When an app restart is required and the device doesn't support restart requests, a toast is shown allowing the app to be restarted after being closed
Optimized http server code, improving the performance of myTube-to-myTube casting
Will attempt to cast with myTube-to-myTube casting even if the remote device URI launch fails, as the launch can sometimes succeed but still return an error
(Fall Creators Update only) When a setting is changed that requires a restart, the app will actually restart instead of closing
Added playlist history to history page
Added individual video tile pinning
Added small size template to live tiles
Added "Up next" experience to the end of videos (same as on Xbox)
Slightly modified layout for account section
Many, many bug fixes

Some example screenshots of v3.3: 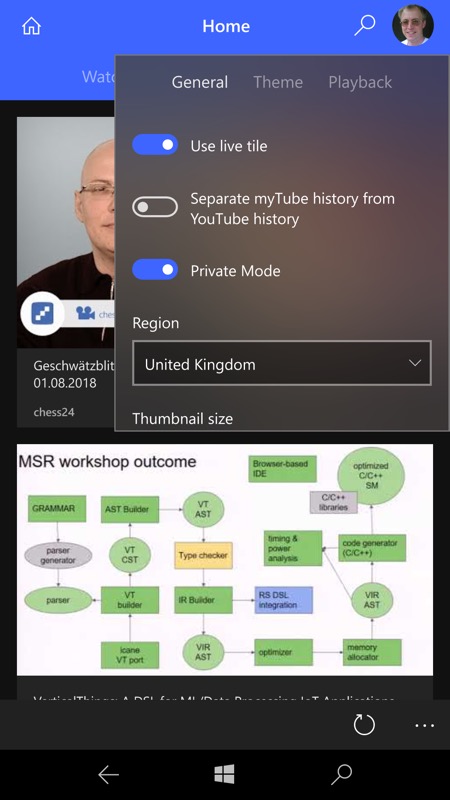 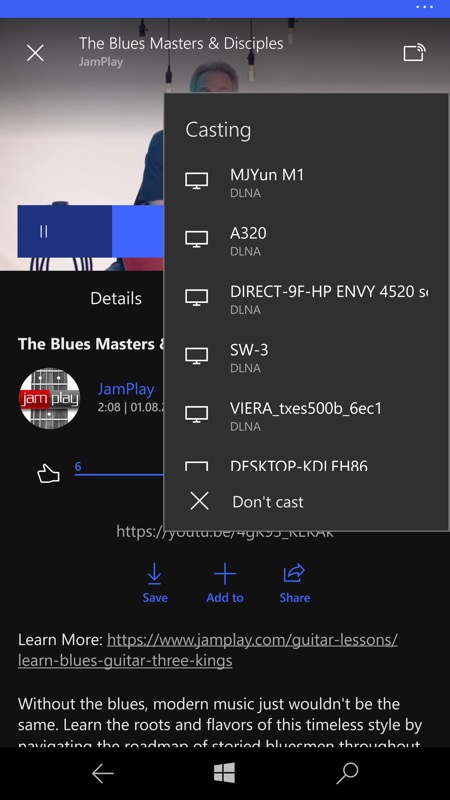 Private Mode is a toggle in your account panes - so it's not trivial to turn on and off quickly, but at least its state is clear; (right) 'casting' from one myTube app to another didn't work for me (I was trying phone to laptop), but hey, this feature is in beta, so let's have patience. 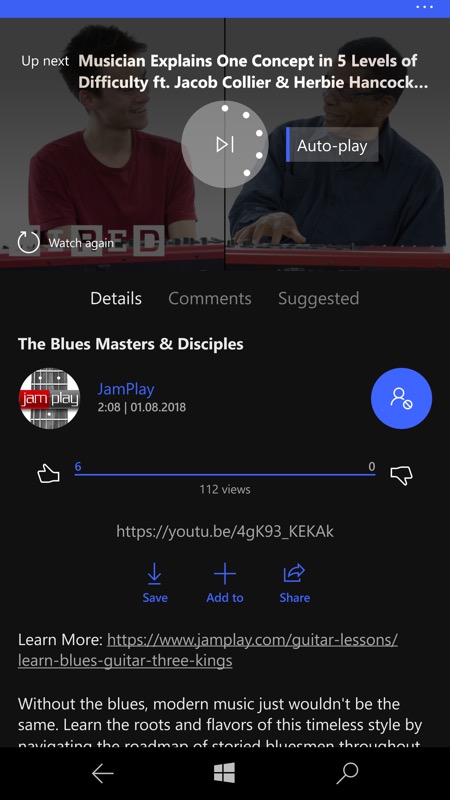 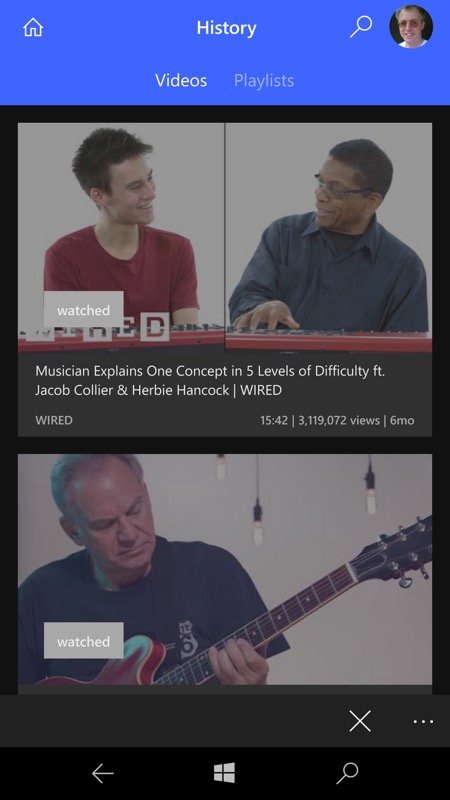 The circular 'up next' indicator fills up and then the next video starts playing, just as on the web on your desktop. Pretty cool; (right) 'History' now has separate tabs for videos and playlists, a nice tweak.

Note that the myTube to myTube casting seems only to work from desktop to desktop (or Xbox) - I couldn't get any of my phones to 'watch together'. Oh well. I gather there will be several minor bug fix updates following this, so fingers crossed.

Another good upgrade to a useful Windows 10 UWP application, you can buy it here in the Store (it's only a dollar or local equivalent). Yes, it's a blow to not have an official YouTube client from Google for the Windows 10 platform, but hopefully all users will find this (or one of the other top titles like Perfect Tube) quickly in the Store, making any omission somewhat moot.

PS. I had playback issues with this version on my IDOL 4 Pro, so maybe there's stuff going on under the hood that's only been tested on Lumias? My 950 XL played videos just fine... Comments welcome.