Last covered at the end of July, this fortnight's update for Twitter's PWA application adds 'tweetstorm' functionality. This is where you can append tweet after tweet, publishing them all in one go. Thus you can get round the 280 character tweet limit.... after a fashion. This is a server-side upgrade, so you won't need to update Twitter from the Microsoft Store.

Here's the new update in action: 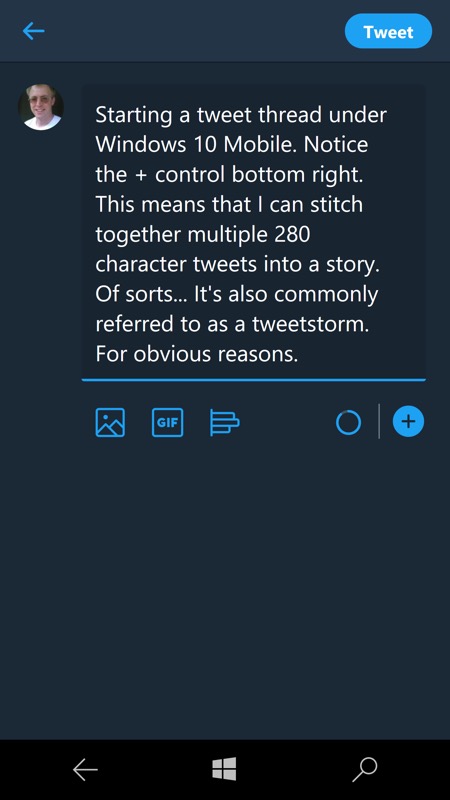 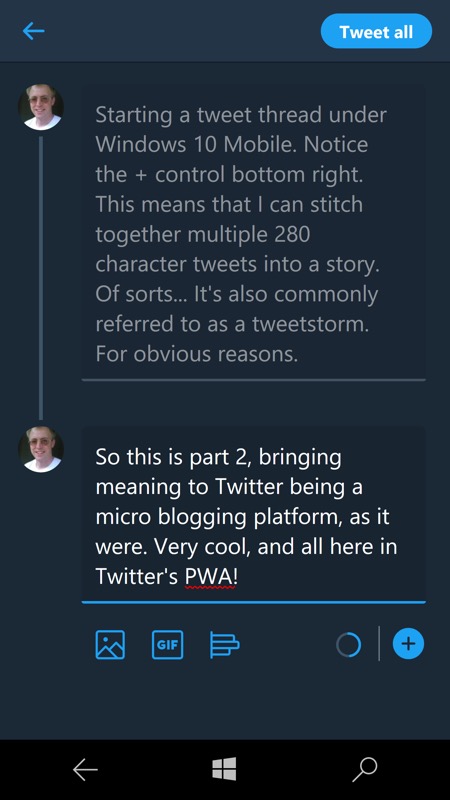 For once, a caption isn't needed - I've explained in the screenshots!!

You can grab or update the Twitter PWA-ified UWP client here in the Store. Enjoy night mode, enjoy the 280 character compatibility and tweetstorm feature, enjoy the new Explore layout and functionality, but it's still not as slick or as fully featured as the commercial third party client, Tweetium UWP, which offers every feature under the sun, right up to push notifications, and which I've been recommending for the last couple of years.