Winsta UWP, the unofficial Instagram client for Windows 10 Mobile, keeps getting better and better, for Windows 10 phones, tablets and laptops. v1.8.2 is summarised below, adding ways of managing followers and those you're following, plus a truck load of bug fixes.

Here's what's new, for v1.8.2, since the last time we featured Winsta UWP, back in July:

* Note that the new uploader proved buggy and although it was in v1.8.0, it's seemingly been removed for 1.8.2. No doubt it'll be back in due course when ready. The idea was cool though, for uploading large videos.

Winsta UWP is still running at a new sub-version a week, all very impressive and very active. Some screens of the new version in action: 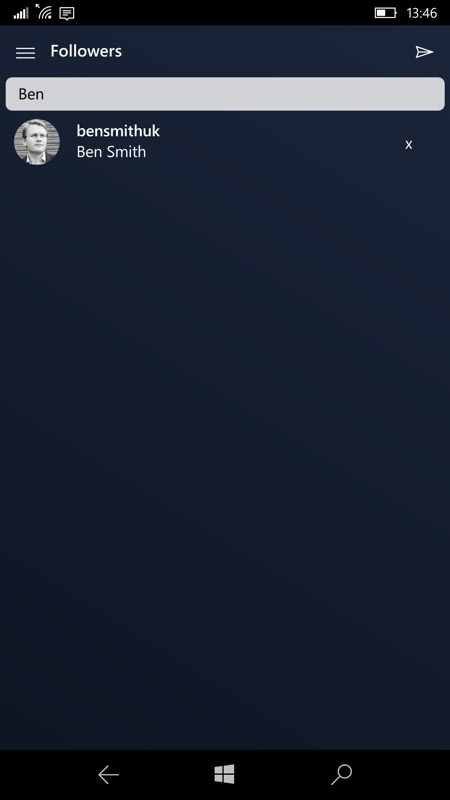 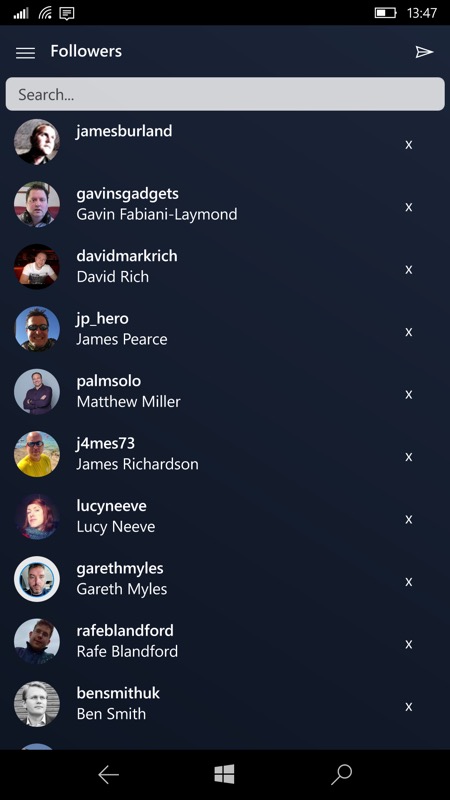 Searching in my followers for a text string ('ben'); and one tap removal of followers you don't want! 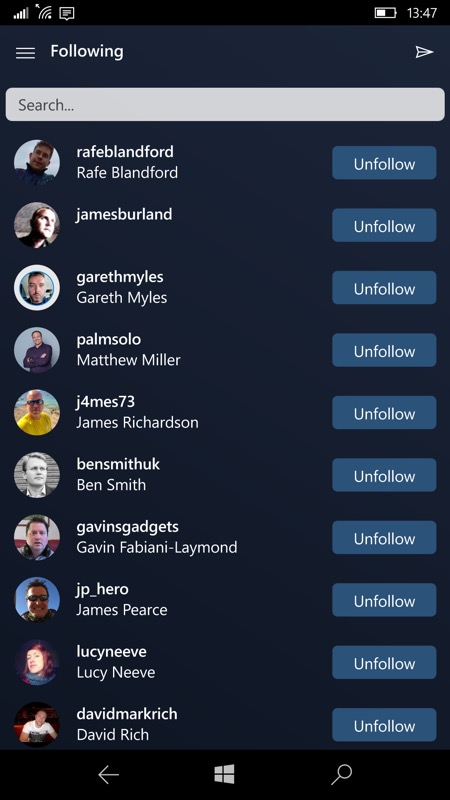 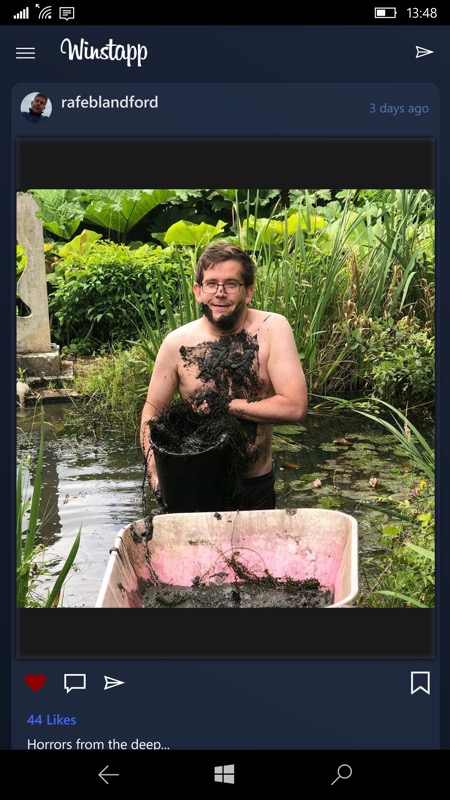 One-tap button 'unfollows' plus (ahem) the latest from Rafe! A caption competition opportunity in the making, if ever there was one! 8-)

Winsta UWP has a very active developer and there's an Insider user community here on Telegram. (Access the latter through Unigram UWP!)

As I stated before, Winsta UWP is highly recommended. There's a lot to like about Winsta's speed and UI, it's a breath of fresh air - you can directly encourage the developer by buying Winsta, since it's a couple of quid in the Microsoft Store. Go on, if you want to see this updated further, buy the developer a cup of coffee in this way...