I've been posting news of the new third party Continuum/DeX lapdock, the NexDock 2, for a while and... it seems that a manufacturing issue (see the linked post) has caused a three week delay in production. So we're now talking about the second half of October for delivery, though - as mentioned previously - I'm in theory going to get a pre-production sample for review on AAWP. Watch this space.

From the Kickstarter post, referring to a manufacturing and assembly issue:

Now, following these improvements and an unfortunate delay of 3 weeks, the shell looks much better and we can continue manufacturing.

We will receive the pre-production samples next week, perform some tests and give you another update with more images and videos then. If there are no other issues, NexDocks will go to the final manufacturing phase.  We will start the process for FCC and CE certifications subsequently.

Photos were also shared of some of the packaging, it seems like the box will have a veritable kit of goodies in terms of adapters: 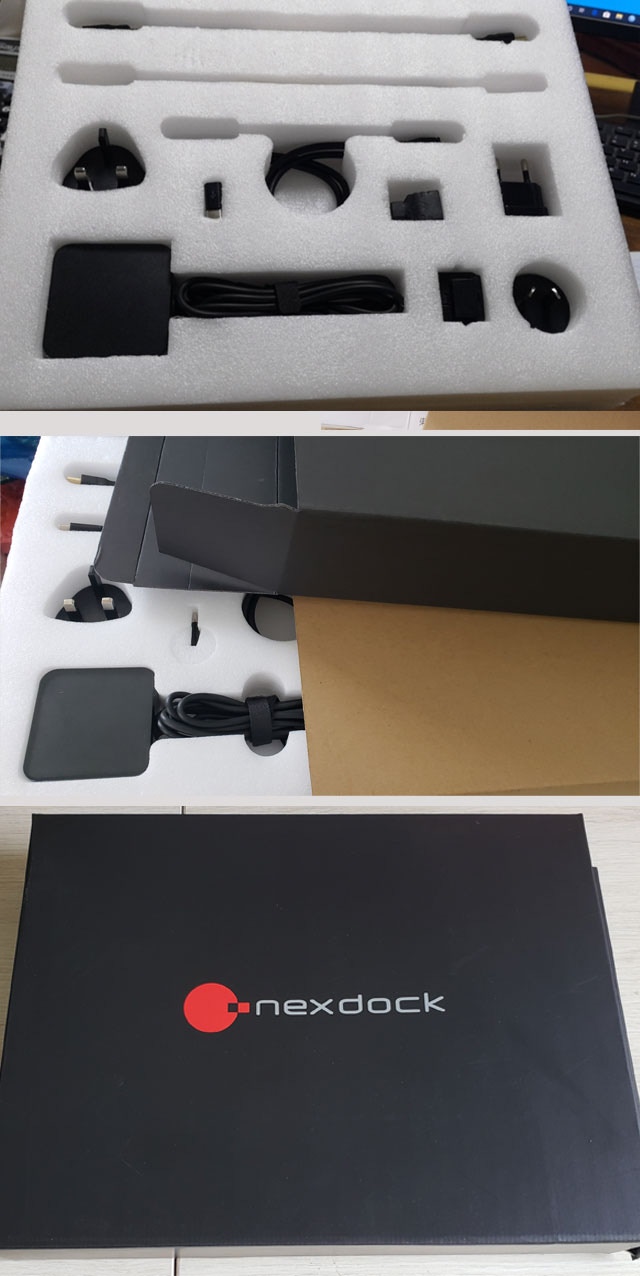 As of today, we are 3 weeks behind schedule. Our team is working hard to ship all NexDocks by the 3rd week of October. As promised, we are trying to be fully transparent with you about the manufacturing process. We apologize again for this delay.

Although this post is on Kickstarter, updating backers, the NexDock 2 itself is now firmly in 'Pre-order' status, at $229 plus shipping. I still think it could be a game changer for many people - perhaps a bit late in the day for Windows 10 Mobile, though it will provide a useful plaything for Lumia owners, but definitely pointing the way to a phone-centric future for the likes of the DeX system under Samsung and Android.