In the context of the whole gradual shift from first party platform (W10M) to services on other platforms for Microsoft, it's interesting to read a real world example of how the company's 'Your Phone' sync system helped someone carry on using his phone via his PC, even with the phone's screen smashed. Can your PC really be your phone as well? It seems an extreme example, but hey, for emergencies then why not?

From Sean Endicott's article over at WC:

About two weeks ago, while on a walk with my dogs, I bent over to clean up after one of them, and I heard a clack. My phone fell out of my pocket, landing screen first onto a rock. I have an impact case on my phone that's held up for years, but in this instance, a pebble made the ground uneven and knocked a hole in my phone's screen. Instead of just a crack, a noticeable black spot of dead pixels encircled a hole full of broken glass surrounded by splinters and cracks. Replacing the screen costs more than it's really worth at this point, so I started the hunt for a replacement.

While waiting to get my next phone, I still had a phone that worked, at least in terms of connectivity and all of the internal components. So for the last couple of weeks, I've mostly kept my phone charged and on a desk or in my pocket, handling the majority of my phone communication through the Your Phone app on my PC. While I don't think this situation is common, it led to some realizations about the app and Microsoft's mobile plans.

At the article's end, he concludes:

While I'm not thrilled that my phone broke, it was kind of fun using my computer as a phone. It showed off how far the Your Phone app has come and that Microsoft has a hit when it comes to connecting smartphones and PCs. I'll still use my phone as a phone, of course, but at my desk, I'll keep it tucked away a lot more frequently.

Microsoft's addition of in-line responses and phone call relaying pushed Your Phone over the top for me. I'd love to see features like screen mirroring and cross-device copy and paste come to more devices, but I don't think they're essential for my personal workflow. At least, I never felt held back by their absence. Your Phone can now replicate my everyday phone use, which helps me stay on my PC and not to have to jump between devices.

All very interesting. I did review Your Phone here back in August 2019, plus a news post here, and it seems that the software is still improving at a rate of knots even today. As Sean notes, the critical point at which 'Your Phone' breaks through will be when screen mirroring is available for not just specific Samsung devices (and hey, iPhones would be nice too, with help from Apple). I have a truck load of test hardware here and will keep an eye on this during 2020. 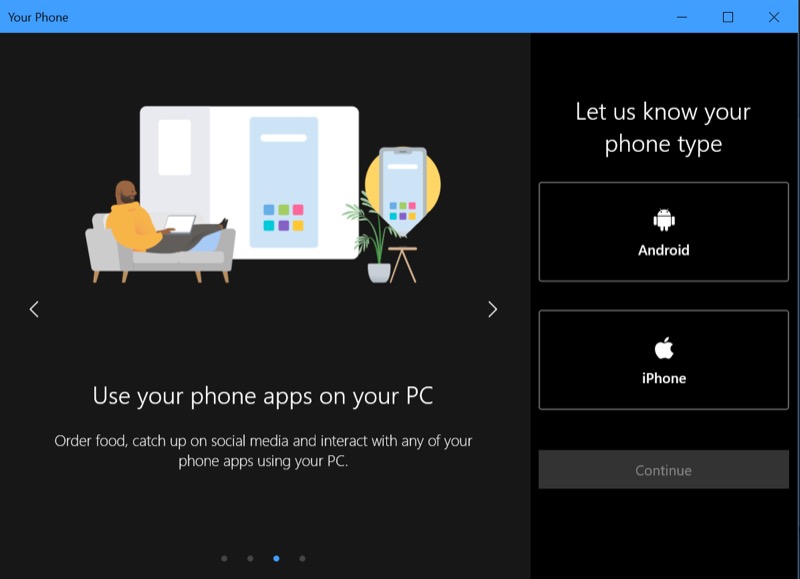 Filed: Home > Flow > How 'Your Phone' finally let me keep my phone in my pocket