There's not that much to say about TWS (True Wireless Stereo) earbuds, since they're now pretty ubiquitous in 2022, which is why I refuse most review sets offered to me at All About Towers. However, UGREEN's pitch is for 1cm drivers and Active Noise Cancellation (ANC) at currently under £30 (cf Apple's equivalent at £250 or so), so I gave in and have been giving the HiTune X6 a decent whirl... 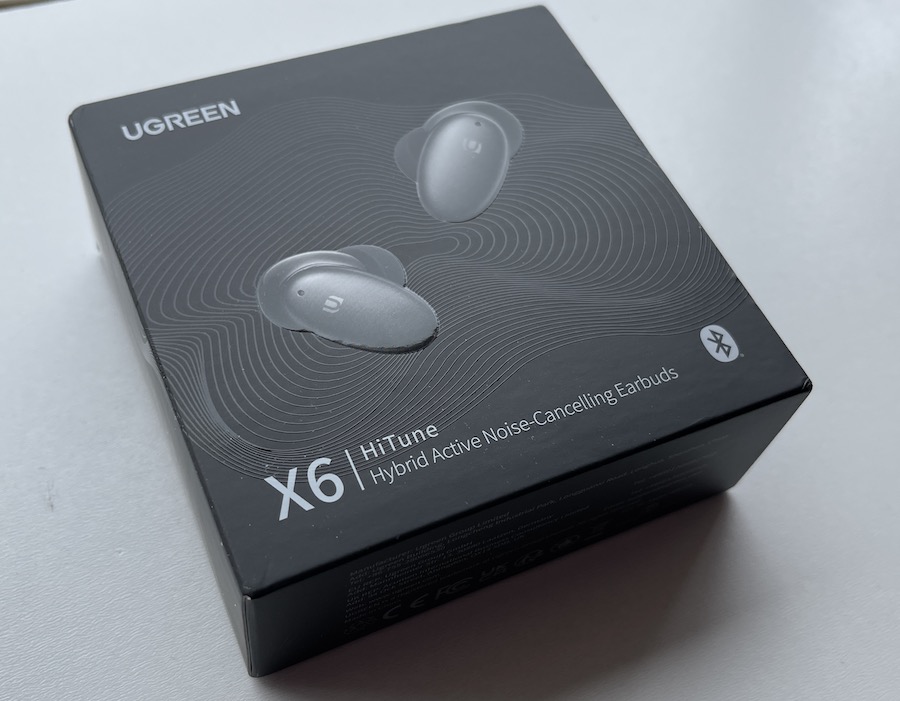 There are no surprises in the hardware, as I say - the AirPods-like charging case system is here, nicely made with magnetic closure, though in two tone plastic, disguised to seem metallic. The case charges via USB Type C at a fairly meagre 2W, though the small batteries involved still mean that it can be filled in two hours from any Type C source.

You get the usual three sizes of silicone tips, though I found the default medium tips perfect for my (average!) ears: 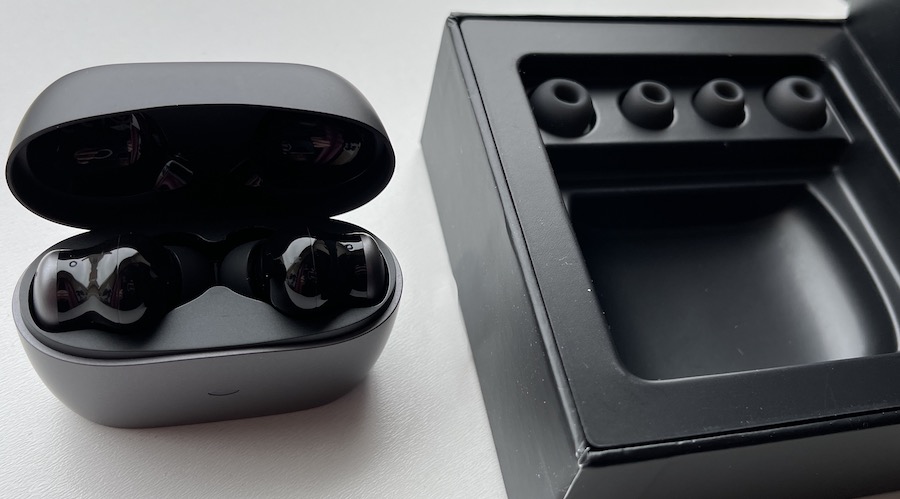 The 1cm drivers in each earbud do deliver. Sound quality is excellent, within the constraints of the relatively tiny (compared to over-ear designs) in-ear headphones. There's plenty of bass, and very decent high end. These are up with my previous favourite ROCKJAW T5s, yet cheaper and with more features, not least TWS.

Despite the quality, there's sadly no AptX HD support, just AAC and SBC Bluetooth profiles are supported, which is a bit disappointing. I’m guessing the low price doesn’t allow for AptX licensing. Still, you have to be a real audiophile with high quality source material to actually notice the difference, I suspect.

UGREEN claims 50ms low latency, but it was more like 200ms in my tests, i.e. in a game there's around 1/5th of a second delay between action and the sound effected for that action. Still, most media (i.e. video) apps correct for this - it was only games that showed a latency issue. 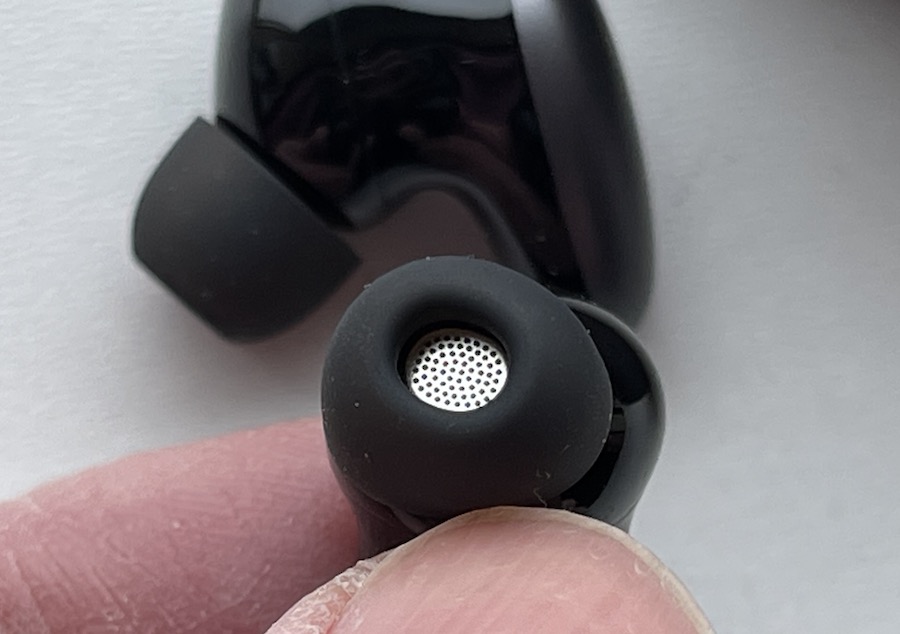 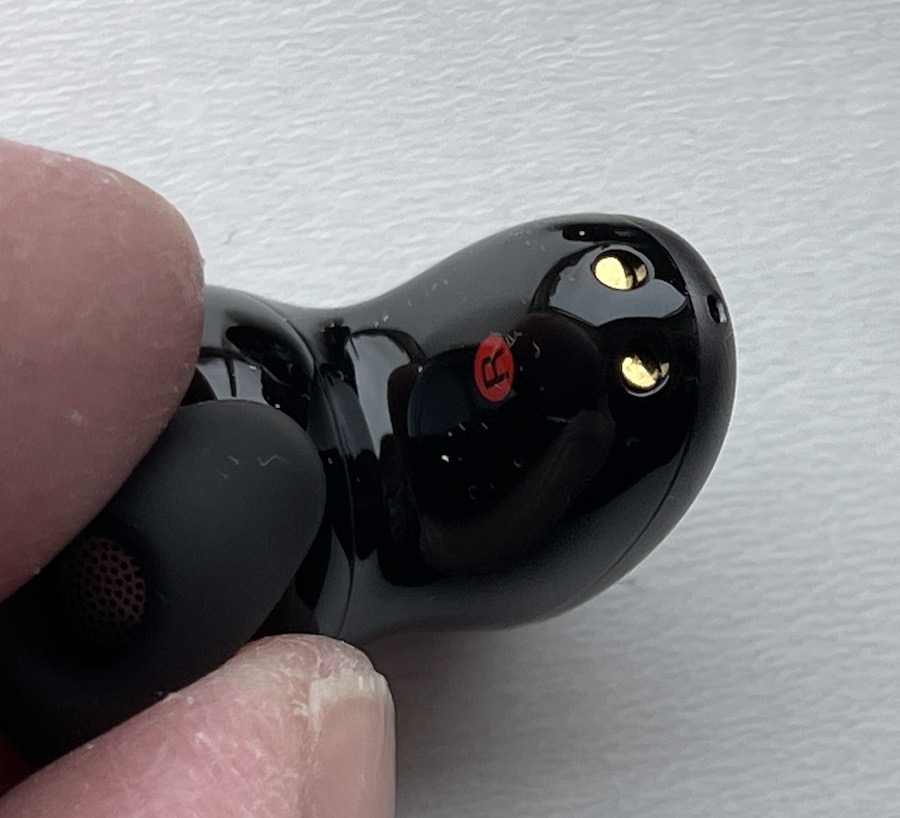 Battery life is super, up to 6 hours per charge with both buds before you need to put them back in the charging case, though there are obvious physical limits to how much battery can be put in something so small. (My on-ear Marshall Major IV units give a whopping 80 hours per charge.)

The headline feature is the ANC and... it works, but isn’t great, maybe 50% reduction in spoken words and miscellaneous noise, not the 90% claimed, though again you perhaps have to put this in the context of the low price.

The buds report their battery status through Bluetooth to Android (I was testing them with my Surface Duo 2) and can be seen in Settings.

So... we have well made TWS buds which sound terrific and charge via Type C, which wotk out to rather good value at £30 (with the on-page voucher) as I write this (price goes up to £36 on April 10th). Don't expect that much from the ANC, but then you're not really being charged for this. If you want perfect ANC then you can go right up to the AirPods Pro or various Sony offerings, for example, but then you're looking at £200+, or over five times more expensive.