Windows Phone generations: Imaging differences between the Lumia 920 and 925

The arrival of the Nokia Lumia 925 heralded two two things for confirmed camera phone enthusiasts - a new glass-fronted 6-lens optical assembly and a new generation of image processing algorithms. In my tests (see below), my gut feeling is that the differences in test photos between those taken on the Lumia 920 and 925 are more to do with the processing than the extra glass lens element, not least because I was often considering detail at the centre of each test image. Summary? Colour saturation and edge enhancement have been dialled down and noise reduction improved. 'Better' is always a subjective word to apply, but images produced with these next-gen algorithms do seem to have less points to complain about. 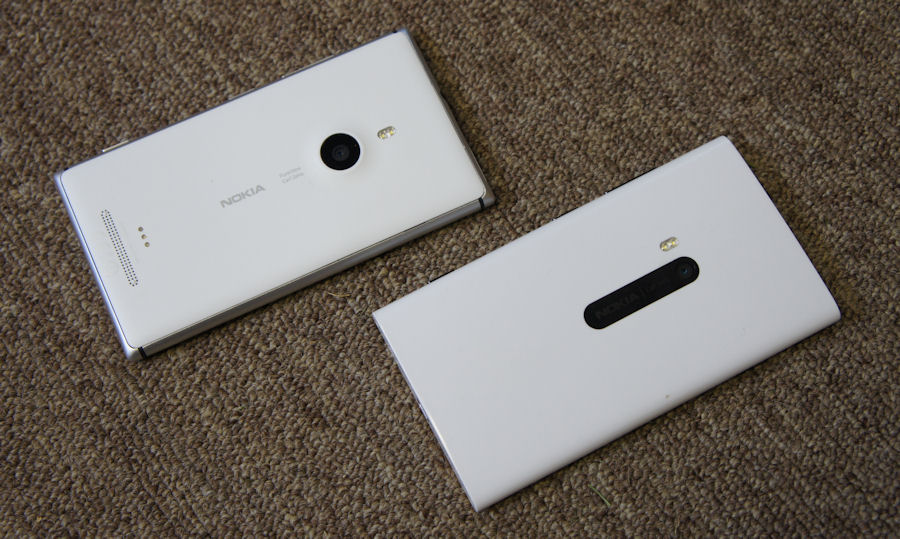 We've seen several firmware updates for the 920, improving the imaging slightly but not really addressing the above complaints. But there are big moves to shake things up as part of Windows Phone 8 GDR2, plus Nokia's Amber software update package - most of which is in the Nokia Lumia 925, which we have already in hand. In summary, the next generation of Windows Phone camera drivers (including capture up to ISO 3200) and processing algorithms, coming soon in a firmware update to our Lumia 920s, is available in the 925 right now and we can do direct comparison testing.

Admittedly, the Lumia 925 has a slightly different optical assembly, with that extra glass element, but the more we test, the less I see much benefit from this. With each unit having the exact same sensor and accompanying electronics, for our intents and purposes we can do 920/925 photo comparisons and take the results to be largely indicative of how the newer impage processing algorithms work.

Let's take some examples, shot by the wider AAWP team (thanks David and Rafe), though backed up by photos from my own capture library - the shots here are simply the best at illustrating my points.

Firstly, a lush green landscape in the sun, optimum conditions - we're using our new comparison tool here, so move your mouse or pointer from side to side and you can compare the photos directly, as many times as you like: 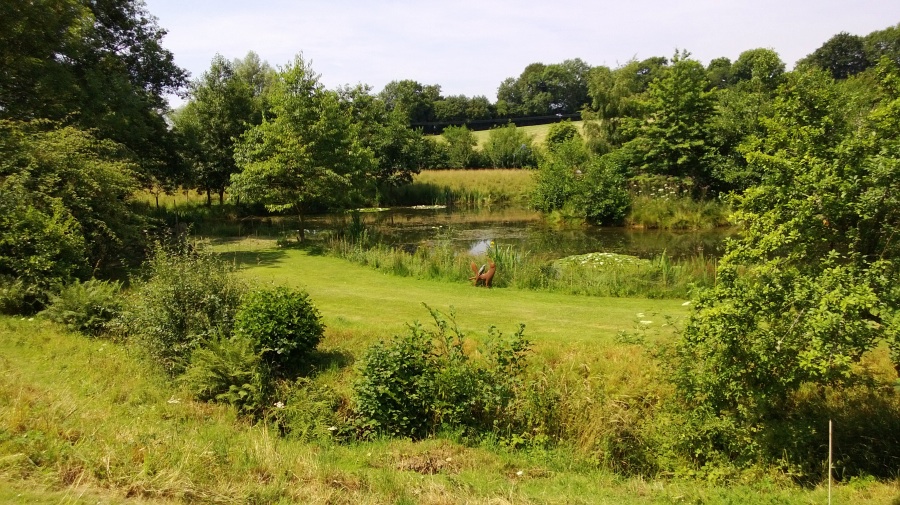 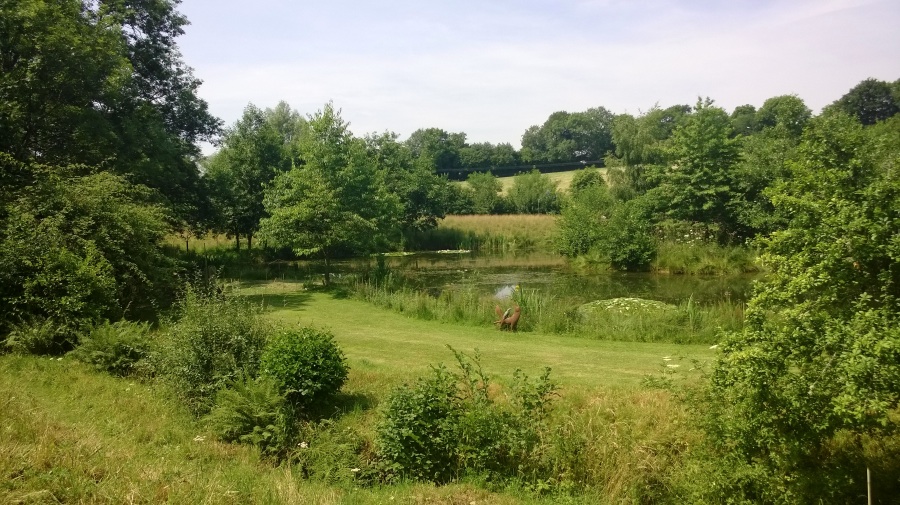 It's clear that the colours are somewhat more vivid in the Lumia 920 shot, but Rafe (who took the photos) assures me that the colours of the grass and reeds, plus the fox ornament, are more accurate in the Lumia 925's version. And, as usual, to better see the differences between the two phone cameras' processing, let's compare a central section of the photo in the same interactive way: 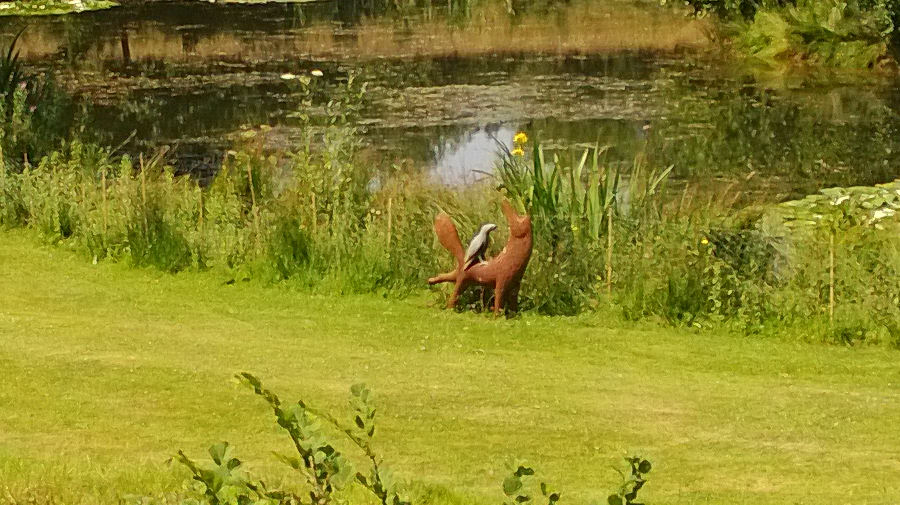 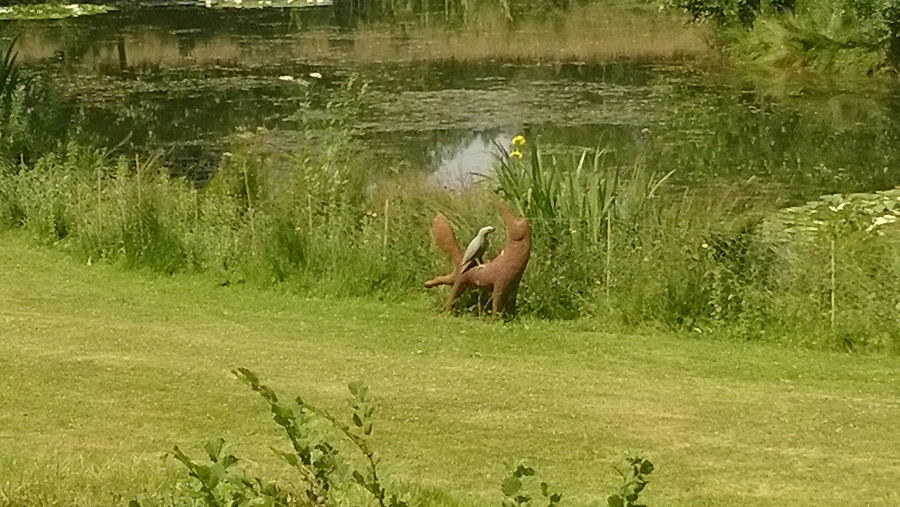 Spotting pixel level differences in this shot is quite hard, since you have to look very closely, but check the bird on top of the fox - look at the curve of its back in the 920's photo and then see how much cleaner and smoother it is in the 925's. There's also slightly (and I mean slightly) more detail in the vegetation, though I'll agree that differences are marginal here.

More telling perhaps is the byte size of the comparison images, with the 925's JPG (3.9MB) coming in here at well over 10% less than the 920's (4.3MB). Assuming that Nokia hasn't changed the JPG compression ratio, the smaller byte size (consistent across all other 925/920 comparison images done here and as research for this comparison), given the same subject, is an indication of fewer JPG artefacts and a 'purer' image overall. (Obviously, it's all relative - the same image on the Nokia 808 PureView - and indeed the imminent Lumia 1020 - would be less than 1.2MB, albeit at 5 megapixel resolution, a tribute to images which are massively 'purer' and with almost no digital noise at all!)

Next, let's move to the opposite extreme, a very dark late evening scene, this time in suburbia, again move your mouse or pointer from side to side and you can compare the photos directly: 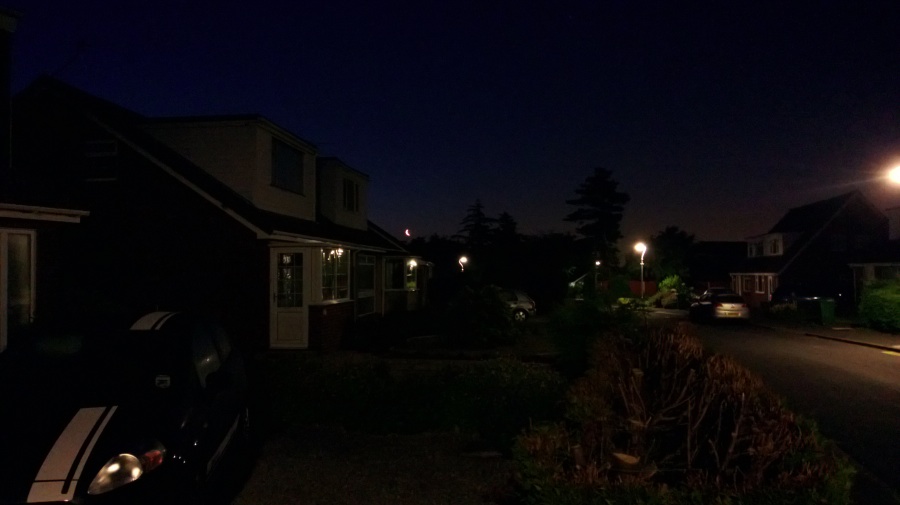 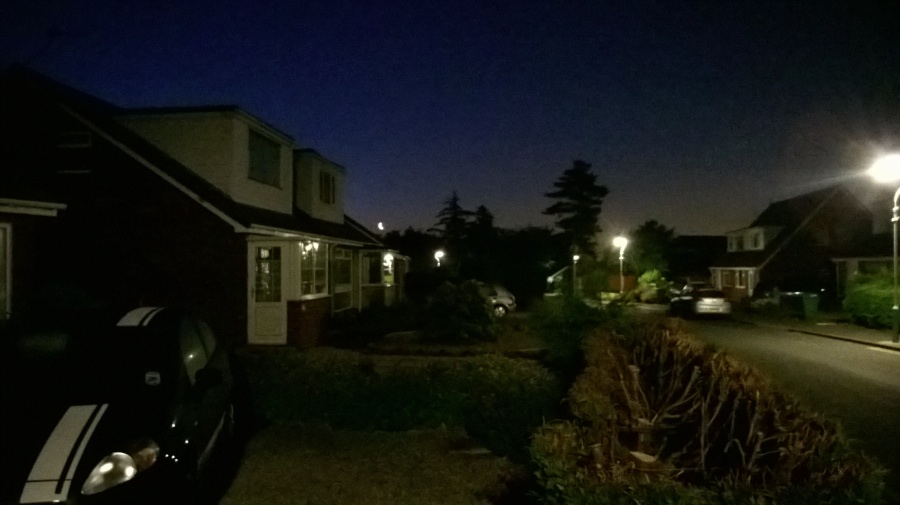 What you're seeing here is the difference between shooting at ISO 3200 instead of ISO 800. 'More than your eyes can see' was the marketing slogan when the 925 was launched and I suspect that the scene here from the 925 shows far more detail than David's eyes could see. The downside of higher ISO is higher noise, of course, which is why there's increased noise reduction, as best seen in the crops below: 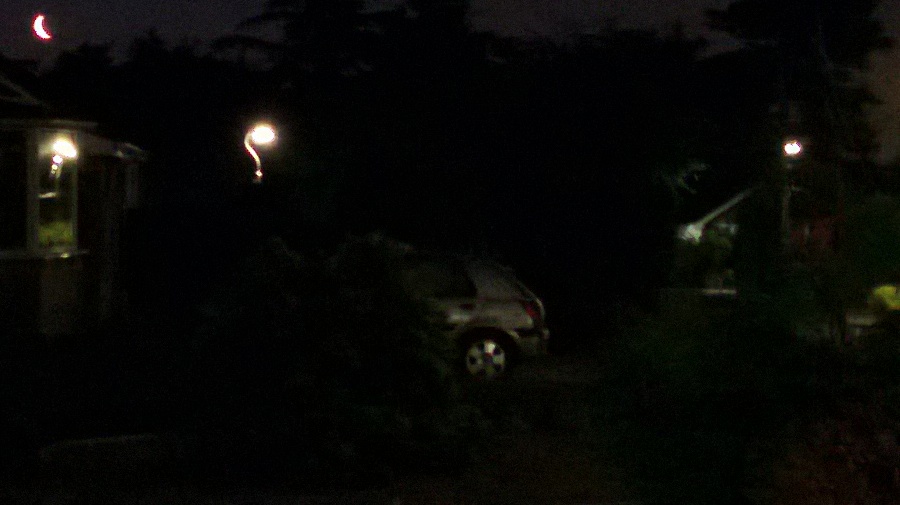 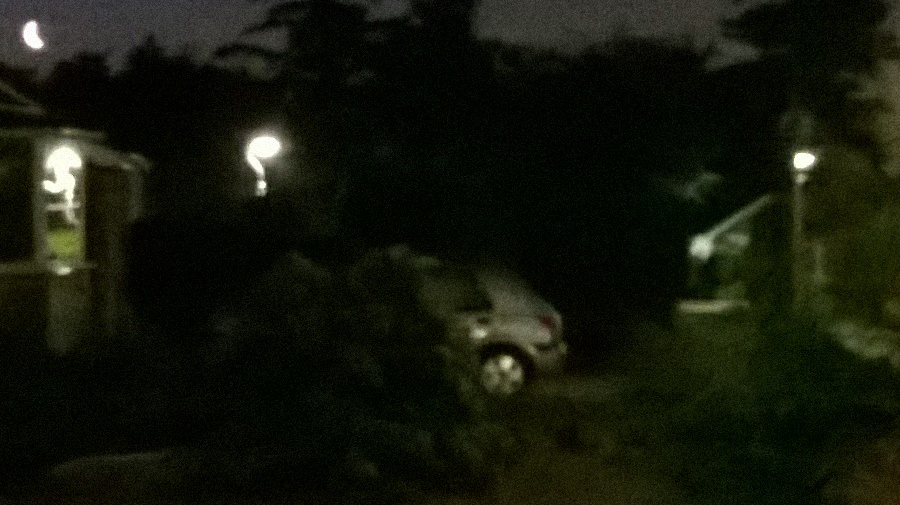 There's clearly more colour and illuminated detail in the Lumia 925's photo, but at the slight cost of typical noise reduction 'blur' on sharp details like the car's wheel cover and lights. Comments welcome on which approach you prefer!

Next, here's a bright indoor scene, at a train museum, here looking at sign writing on a train - letters always show up artefacts well, if present. Again, move your mouse or pointer from side to side and you can compare the photos directly: 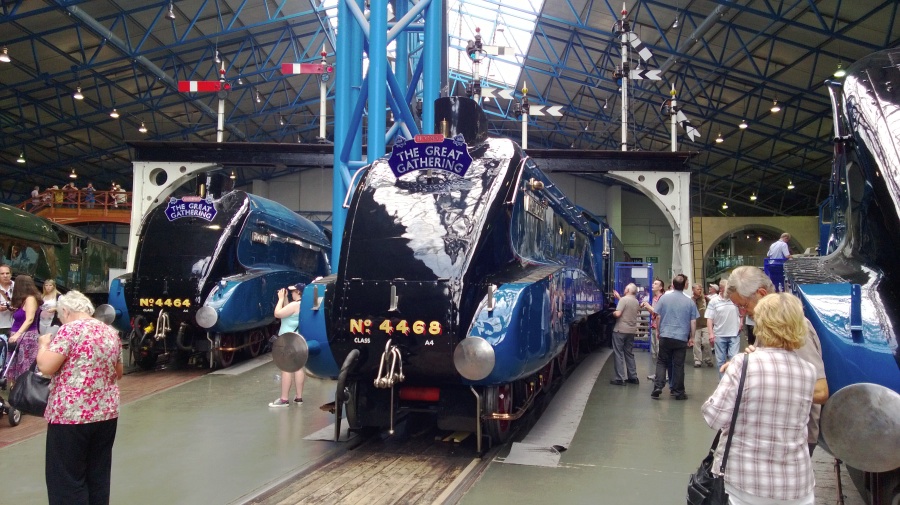 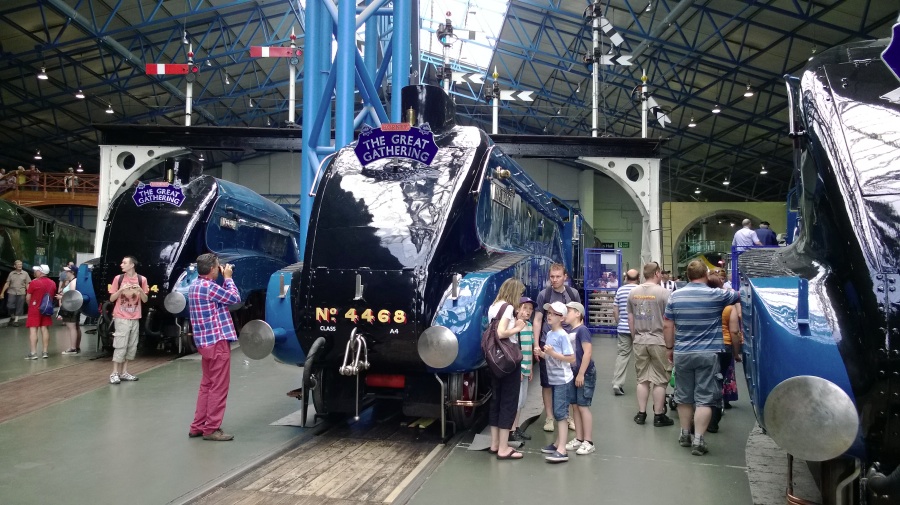 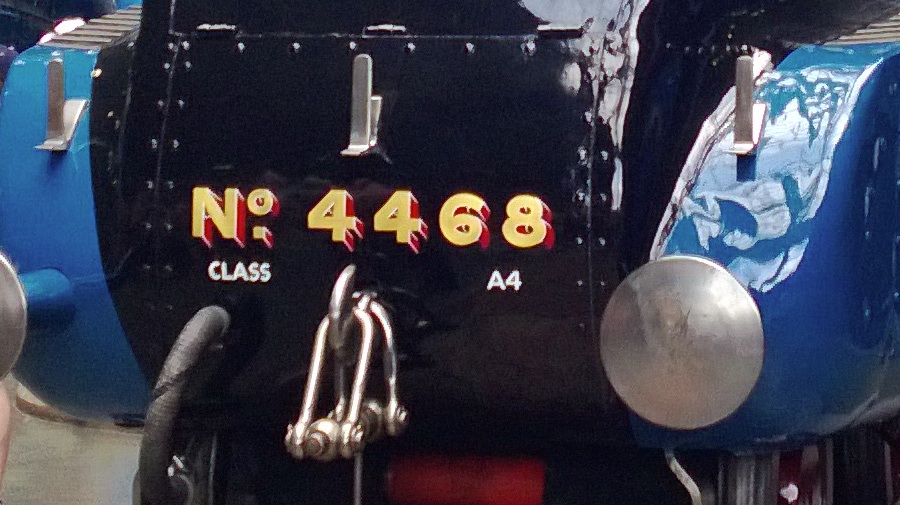 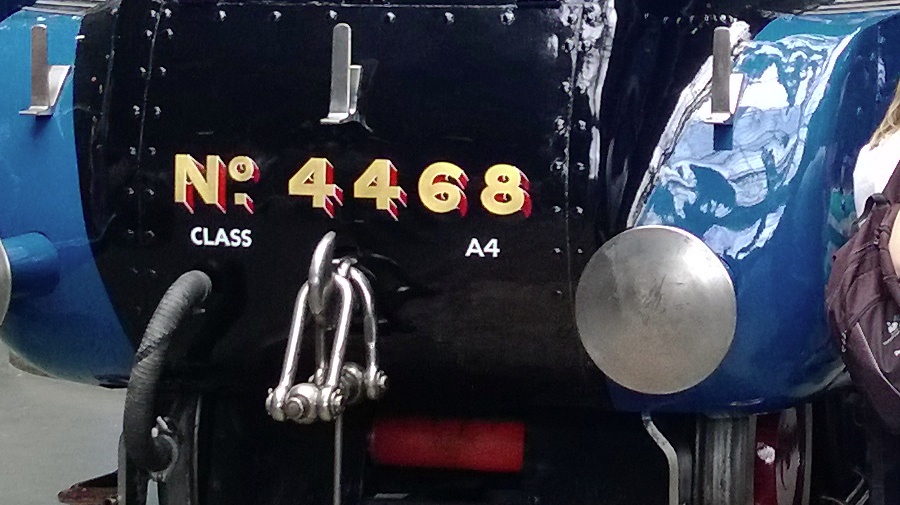 The white sign writing, in particular, shows the difference in quality from the dialled down edge enhancement but increased noise reduction - the letters are far smoother and more pleasant. And this is a good time to remember that this new processing regime is also coming to the likes of the Lumia 920 soon, so it's not a 925 exclusive.

Still at the train museum, here's another telling photo comparison, look in particular at the sweeping curved (i.e. diagonal) edges of the locomotive (don't worry, we crop in tighter below). Again, move your mouse or pointer from side to side and you can compare the photos directly: 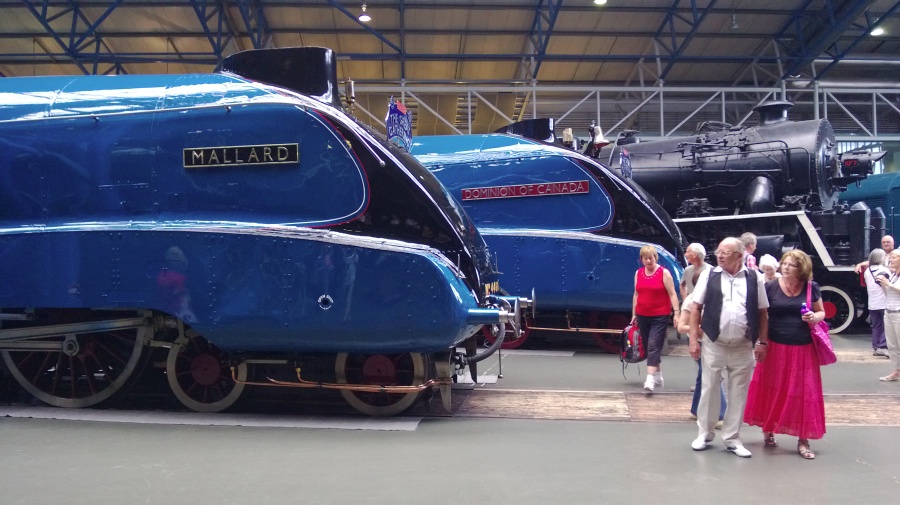 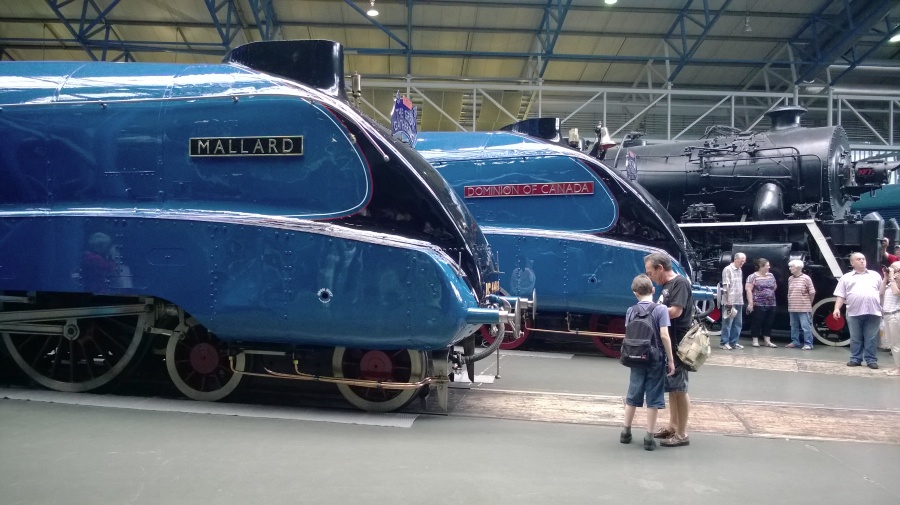 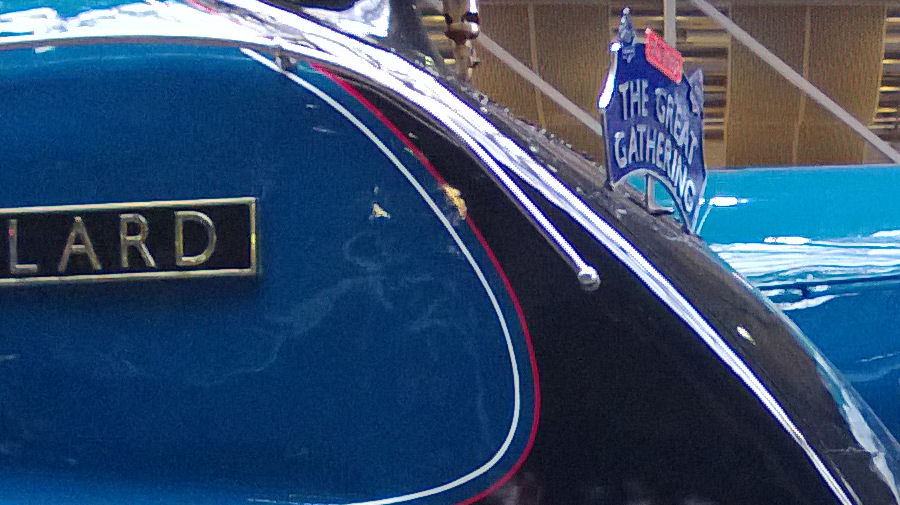 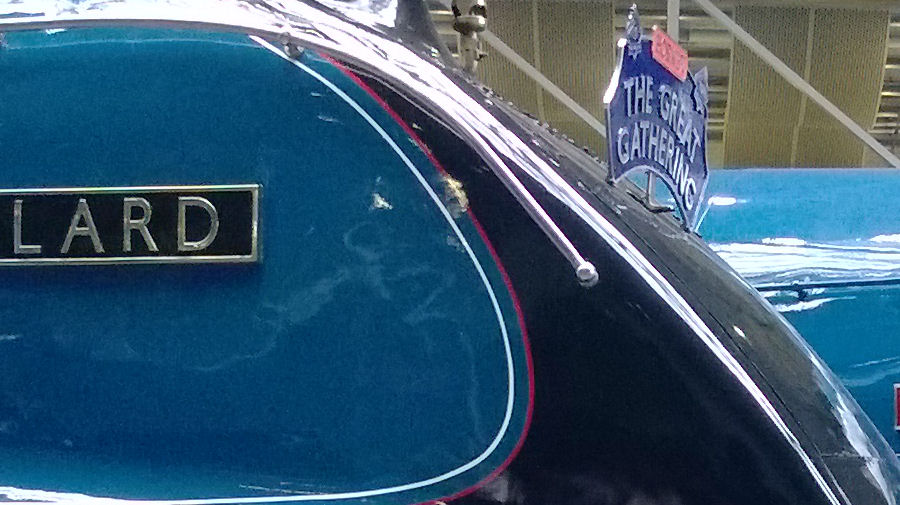 So, look at those chrome diagonal lines - the 920's image shows these as slightly purple-tinged but, worse, with the characteristic 'jaggies' of the Lumia's original algorithms. Now compare the superior result from the 925, the jaggies are gone, as is the colour cast.

In fact, just to make the point, here's a deliberately enlarged version of the engine's lines, the top-left section of pixels is from the Lumia 920's image, the rest is from the 925 - quite a difference: 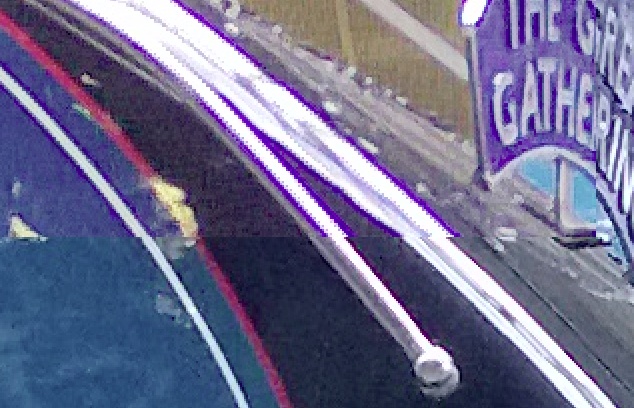 People often question why I drop down to pixel level to examine the differences between phone cameras and (here) software versions - the above crop is deliberately exagerated but is also a good example of the horrors that can be found at pixel level, super-sized so that they're visible, however good or bad your eyesight.

Image processing is a subjective area. Some people like vivid colours, extra sharpness, and so on, and indeed at first inspection I'd agree that some of the Lumia 920 images look better on-screen, certainly when viewed as a whole. However, this next generation of Nokia image processing algorithms is effectively the Windows Phone generation growing up.

Nokia's N8 and 808, over on Symbian, were famous for introducing almost no processing and presenting images as-is. This often earned them criticism for photos which were too pale or unremarkable, but you have to applaud the effort. Although the sensors in the Lumia 920 and 925 can't begin to approach the capability of those in the N8 and 808, this switch in algorithms does seem to take the results achieved one step towards a less saturated, less processed look overall. And, for that at least, whatever your own preferences in terms of image processing, Nokia is - again - to be applauded.

PS. FAQ: Why do images have to be 'processed' at all?

With all these comments about image processing, it's a fair question to ask why any of it is needed? After all, surely a photo is a photo and the camera application should just present what it 'sees', pixel by pixel?

Sadly, things aren't quite that simple (they never are). Down at the pixel level, each only picks up (thanks to a conveniently placed filter) one colour, either Red, Green or Blue, along with a measure of illuminance. What then happens is that the camera's electronics combines the data from these raw coloured pixels using a Bayer filter, to produce a somewhat blocky, blotchy 'pixellated'(!) image. In addition, there's also random noise and uncertainty from the sensor pixels, especially in low light, where even individual pixels make a difference and where we're firmly in the realm of quantum mechanics.

So, we've got a pixellated image with sensor data that's a little random in places as well. Taking this and producing a photo that looks good to the human eye is the realm of 'image processing'. The aforementioned N8 and 808 partly achieved their results by having large sensors and thereby reducing the amount of 'after' processing needed. Smaller camera units such as that on the Lumia 920 and 925 require a little more help - mainly edge enhancement to restore fine detail that has been lost in the Bayer grid pixellation, plus noise reduction to smooth out the 'blockiness' and random pixel variances.