I've handled a broad strokes comparison of the two 41 megapixel camera flagships of the smartphone world before, notably here (when I declared them roughly equal in merit though with very different processing pros/cons) and here (as part of a four way test, but with very similar conclusions), but what I wanted to do here was to push them both to the limits in real world low light situations. Would the benefits of Optical Image Stabilisation outweigh that of a larger sensor? Would a BSI sensor compensate for a smaller Xenon flash? Is the hardware oversampling engine from the Nokia 808 missed on the Lumia 1020?

As the saying goes, "When the going gets tough, the tough get going…" In this case, I'm putting the Nokia 808 PureView (effectively End Of Lifed now, running Symbian) and the Nokia Lumia 1020 (brand new, running Windows Phone 8) to extreme tests, asking them to capture real world low light subjects that you really wouldn't expect a smartphone camera to handle that well.

Although most settings in the photos below were left on automatic, I allowed a degree of PureView zoom here and there (especially where noted) to create the shot I wanted and to keep the framing identical. I also allowed small changes in exposure in a few places, mainly to allow for the way I was shooting into the dying sun.

In practice, it proved near impossible to get exact matches for exposure from each phone because of the different sensor technologies, different camera software and algorithms, different screen resolutions (for judging when things looked 'right') and, in the Lumia 1020's case, the presence of OIS.

Nevertheless, there's still plenty we can learn from this real world low light examination of the way the PureView oversampling system has evolved from the 808 to the 1020.

NB. Here we're using our famous javascript interactive comparator tool - just move your mouse pointer across the image below to instantly compare results from the Nokia 808 PureView (left) and the Nokia Lumia 1020 (right). If your web browser page isn't of high enough resolution (1000 pixels or higher needed) or if your browser isn't powerful enough then you may just see the images one below the other. 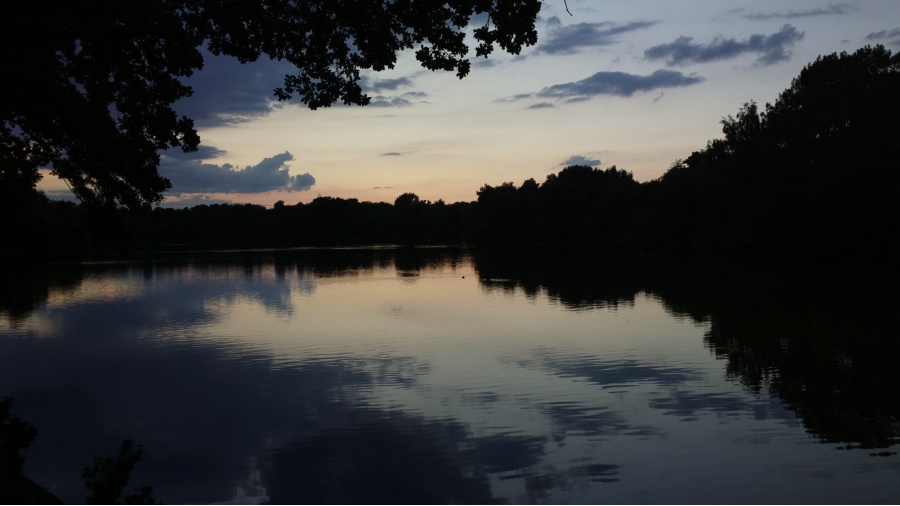 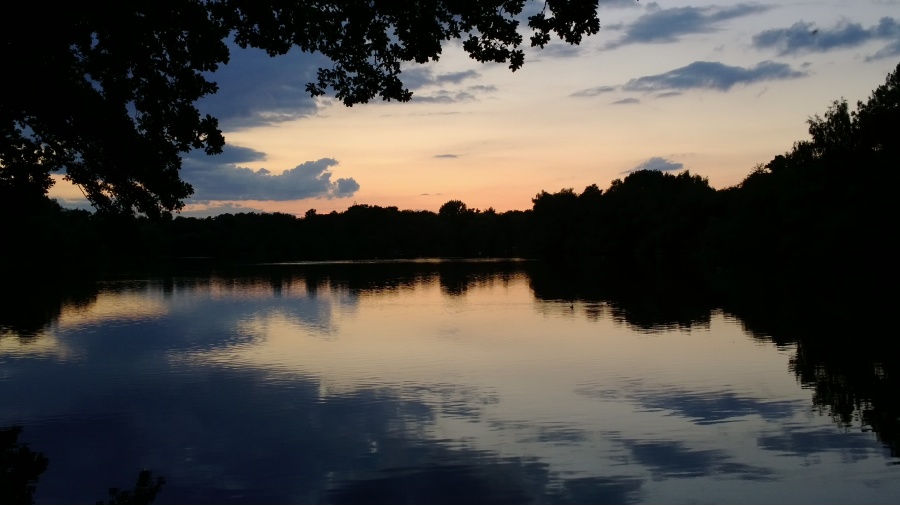 There's not much to choose between the two photos here - as usual, the Lumia 1020 sharpens its output and saturates the colours - quite pleasingly, it stops a long way short of the results from some of Samsung's camera-toting smartphones. But I wanted to look more closely at how the oversampling was working in such low light situations, so let's crop in to 1:1 on the 5MP images above - again, use your mouse to compare the crops interactively: 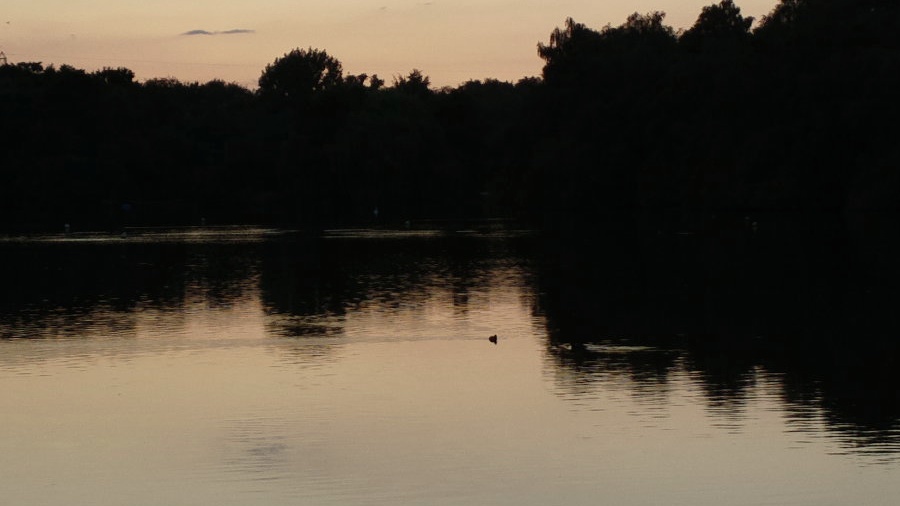 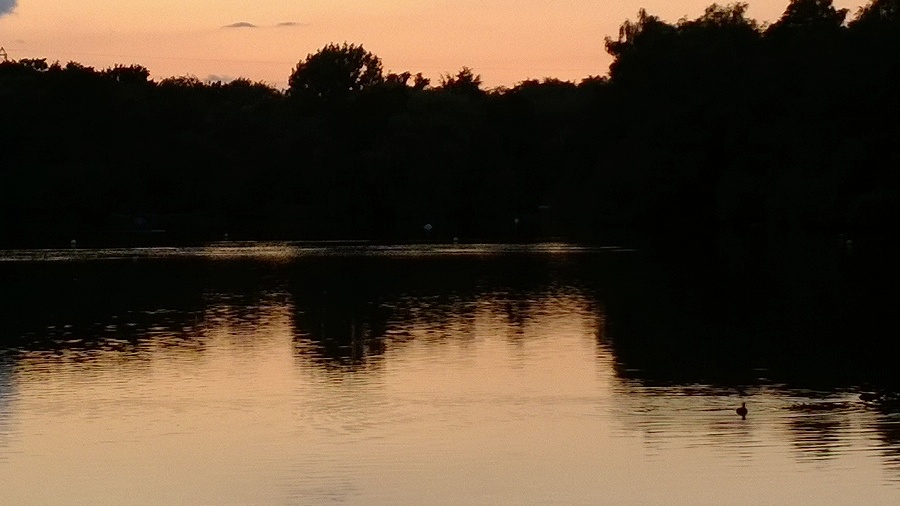 At 1:1, the over sharpening (e.g. on the treeline) in the Lumia 1020 image is far more evident and it looks less natural than the crop from the 808. In fact, let's really examine what's going on by cropping in again and blowing up by a factor of four: 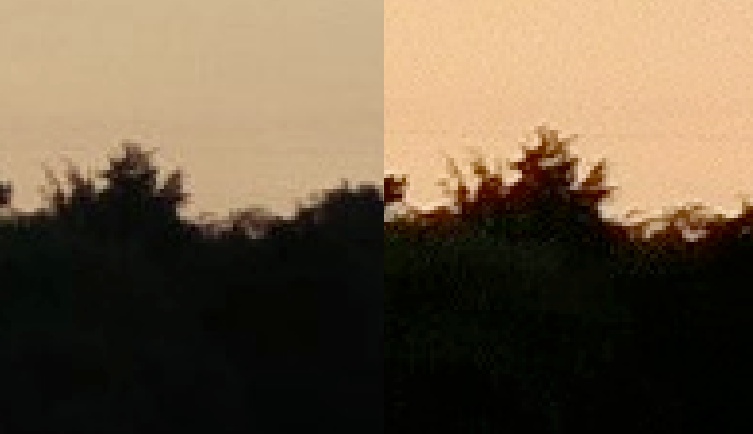 I've said many times that, despite the other advances in PureView for the Lumia 1020, the inherent power in a dedicated image processor chip (in the 808), working from the raw data from the sensor, is hard to beat. The Lumia 1020's 5MP shot, in contrast, is downsampled using a software algorithm from an already (slightly) degraded 34MP JPG. You can see the differences yourself above, with the 808's version on the left being completely 'pure', while the 1020's crop contains typical JPG artefacts in both the sky and the tree shadow.

Yes, you have to look this closely to spot such differences, but for the PureView cogniscenti, they are there.

As before, use your mouse in our interactive comparator, below: 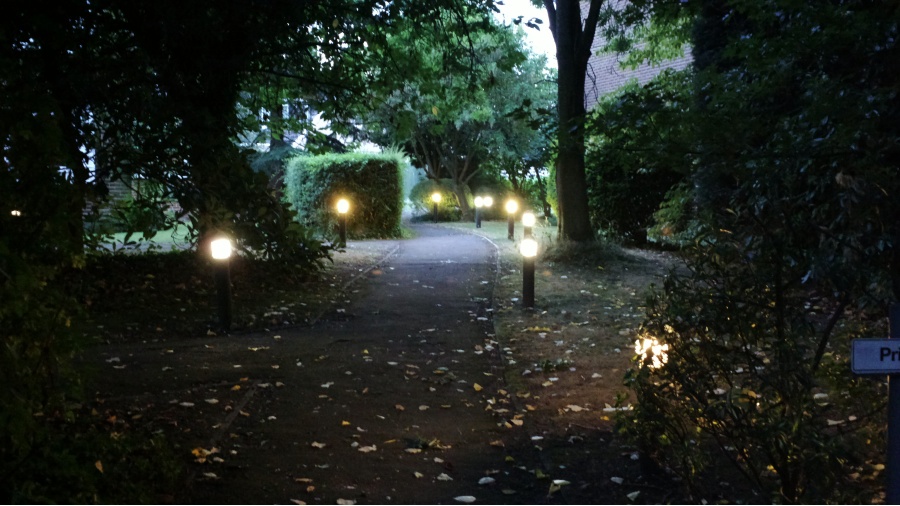 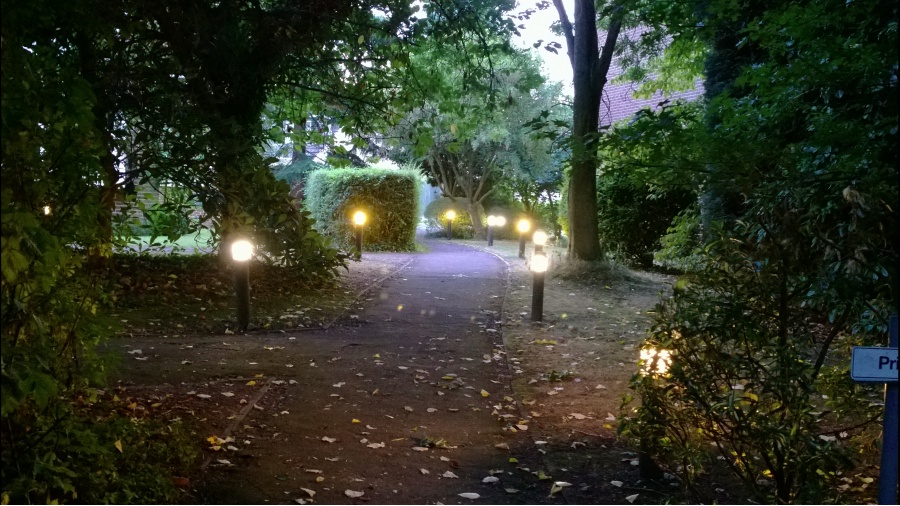 The Lumia 1020 wins this (partially zoomed) shot hands-down, with warmer colours and fabulously crisp detail. Mainly because of the presence of OIS in this case - with exposure times of the order of 1/8th of a second, the slightest movement in the phone camera body (here in the 808's image, on the left) means a blurred result if you look at details. To see just how well the Lumia 1020 does here, have a look at the following comparator, taking a 1:1 crop from the images of the path above: 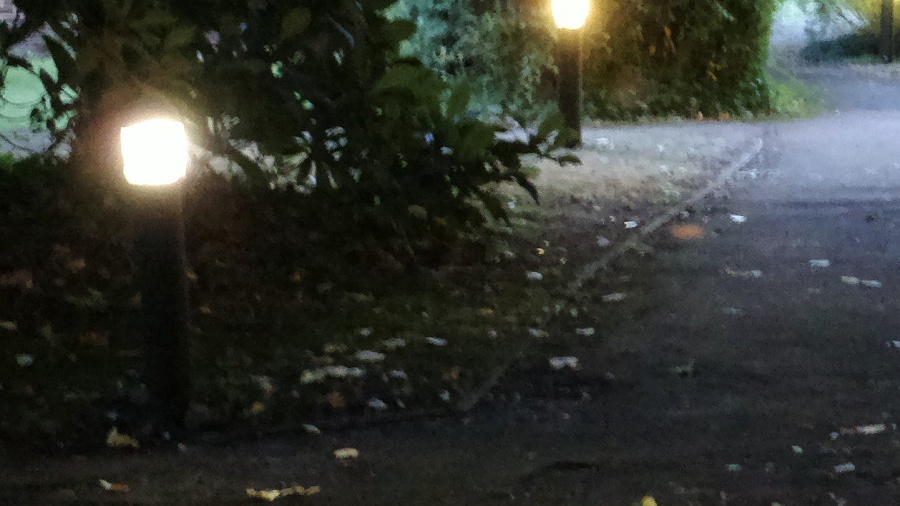 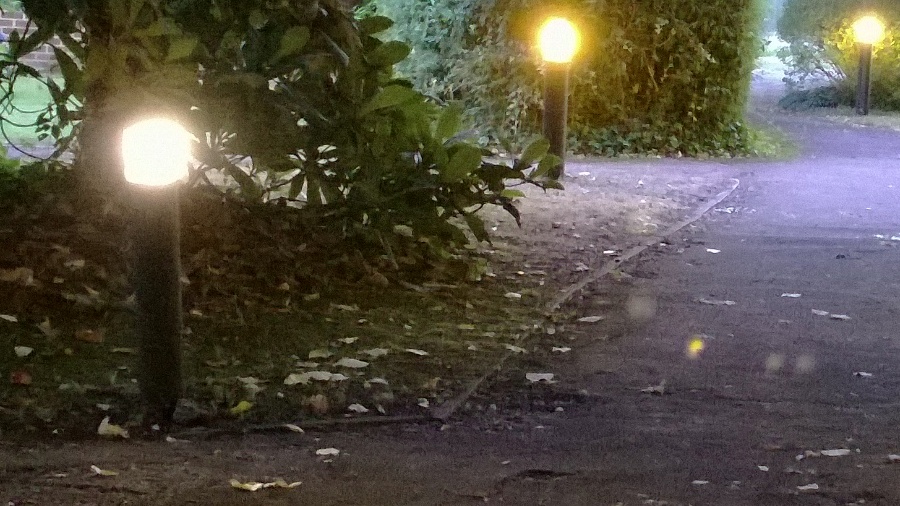 Just look at the leaves on the ground, in particular - yes, there's plenty of evidence of image sharpening, but there's also plenty of evidence for the efficacy of OIS - the Lumia 1020 was able to go up to almost a quarter of a second exposure (at ISO 800), in order to gather enough light that it almost looks like a daytime shot, while keeping the image competely stable on the 41MP sensor.

Here I wanted to test how well the oversampling systems worked with the Xenon flashes in the Nokia 808 and Lumia 1020, using my Renault Scenic as a willing subject(!) Again, use your mouse to compare directly: 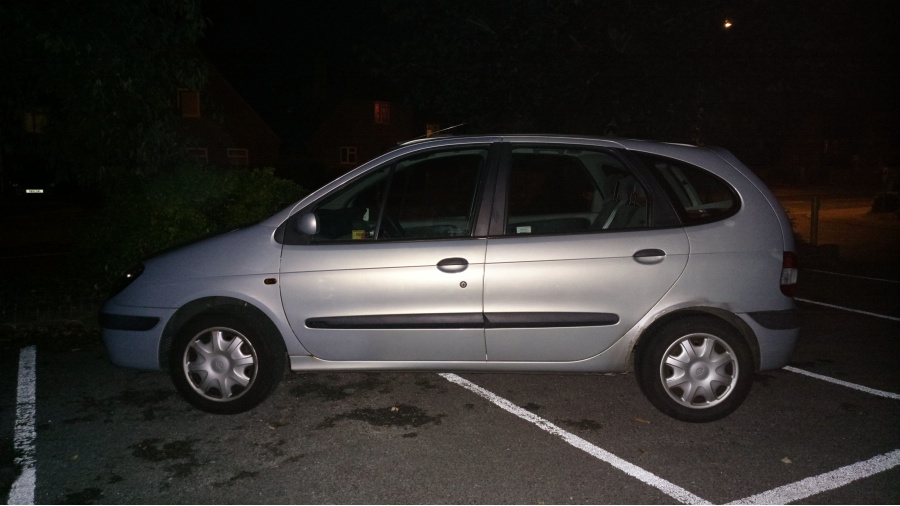 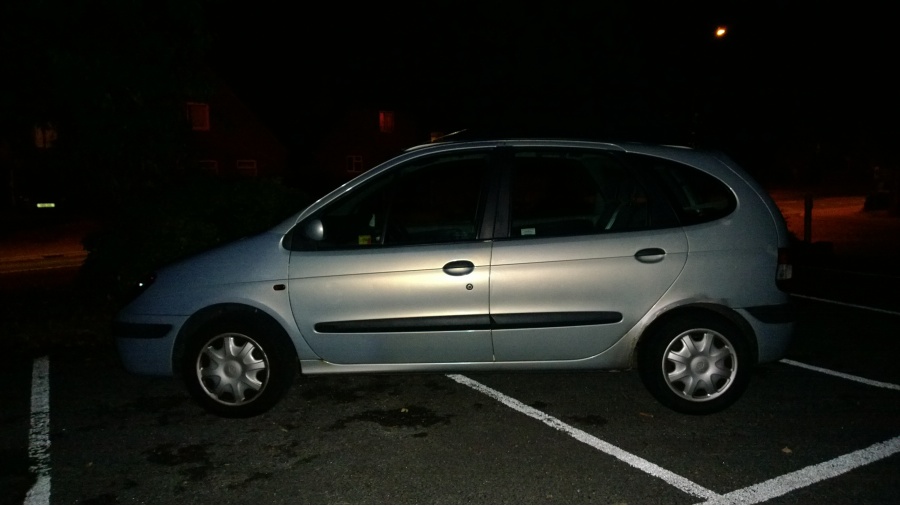 Note that OIS doesn't really come into the Xenon flash equation - the Xenon light pulse is of the order of ten microseconds, far too fast for movement of the user's hand on the phone to have any bearing. It's quite clear that the Nokia 808 has a brighter Xenon flash (I'd say by a factor two, tying in with what we know from the internals of the two phones), but there's also the increased sensitivity of the 1020's sensor, plus a slightly larger aperture.

But let's look at detail from the images at 1:1, again use your mouse or pointer to slide over the comparator below: 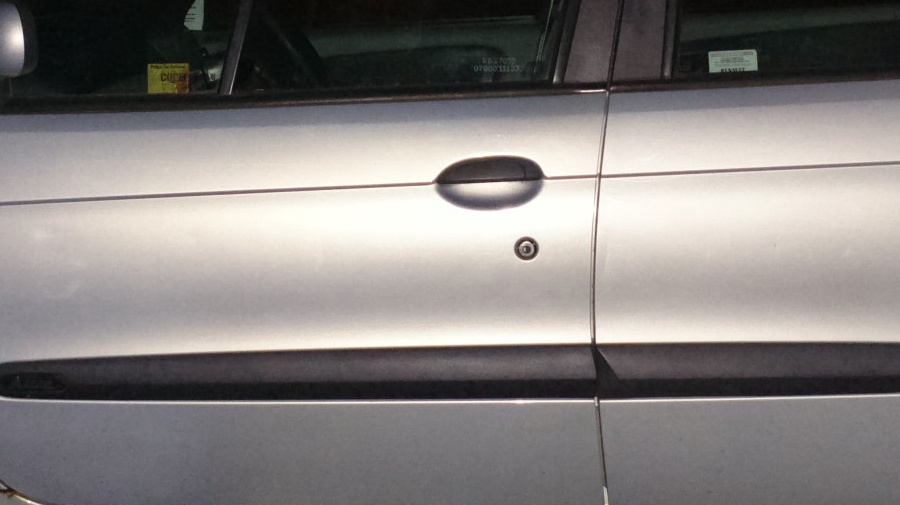 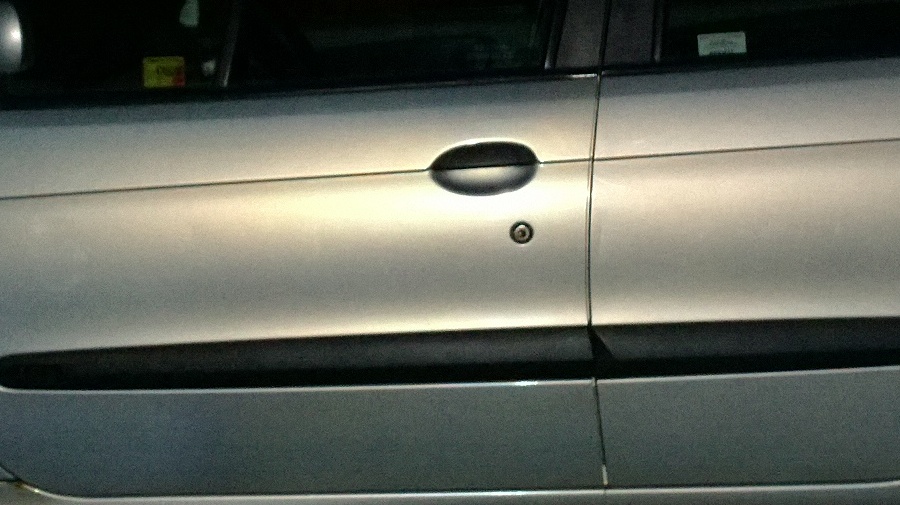 It's evident that the combination of hardware PureView oversampling and double-strength Xenon flash produce dramatically better results in the Nokia 808. If you don't believe me, let's blow the crop above up a bit so that we can see the pixels that make up the images from the two smartphones: 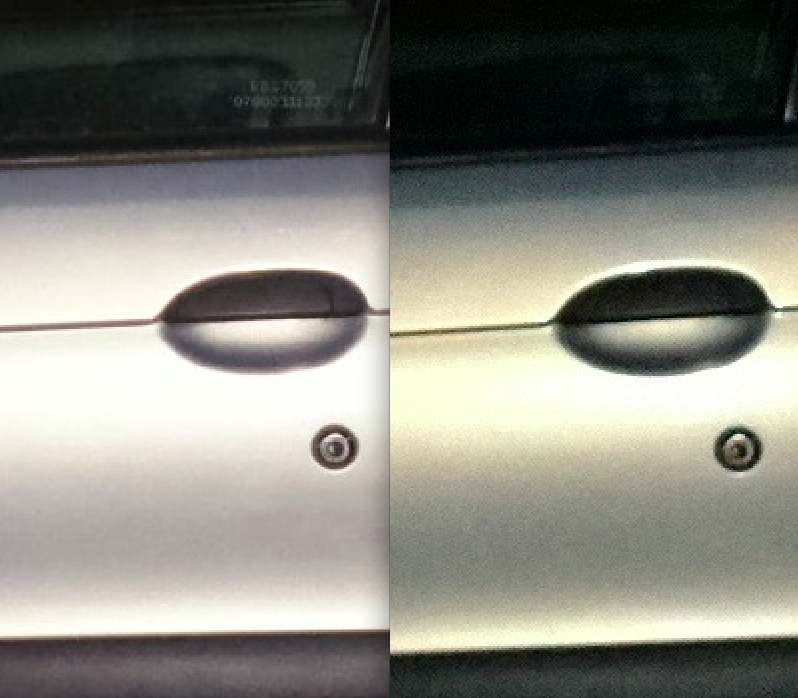 The detail and purity of this pitch dark Xenon-lit night shot from the Nokia 808 is astonishing. From a distance of around 4 metres, you can read the etched security numbers on the car window. Look also at the door panels and coloured areas, with almost no noise. In contrast, the Lumia 1020's flash is starting to get out of its comfort range here, with less illuminated detail, more noise and more artefacts.

The Lumia 1020, with its native full resolution capture every time, is generally happier working at 1:1 on the 41MP sensor than is the Nokia 808, so let's test this out with some PureView zoom (around 2.5x, in 5MP output mode), here standing around 6 metres from a sign in almost pitch darkness and using the PureView zoom in each case. Use your mouse again to examine these photos and crops interactively: 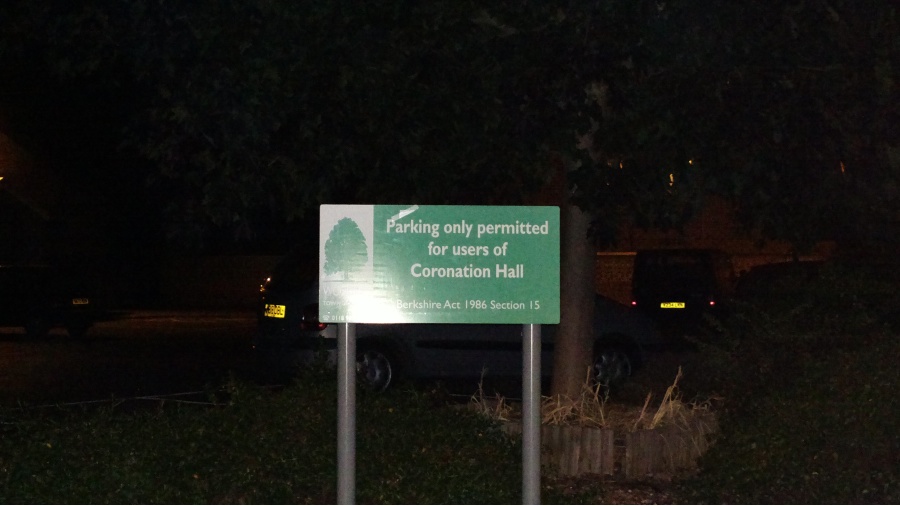 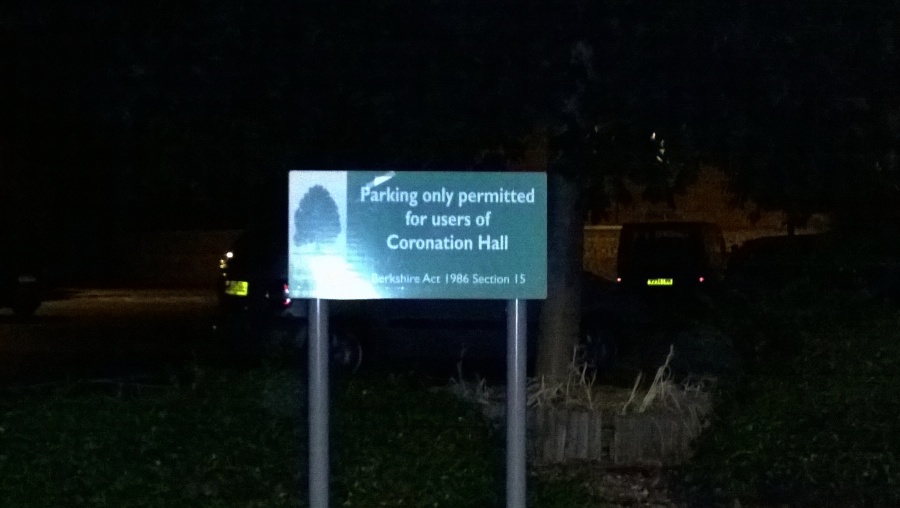 It's evident that the sign (again) isn't as well lit by the Lumia 1020's weaker Xenon flash, but also evident is a somewhat unwelcome colour cast - the sign is green in real life, not a murky green-blue (as you can verify for yourself on Google StreetView). Let's look further at the detail captured by comparing 1:1 crops - again, use your mouse or pointer: 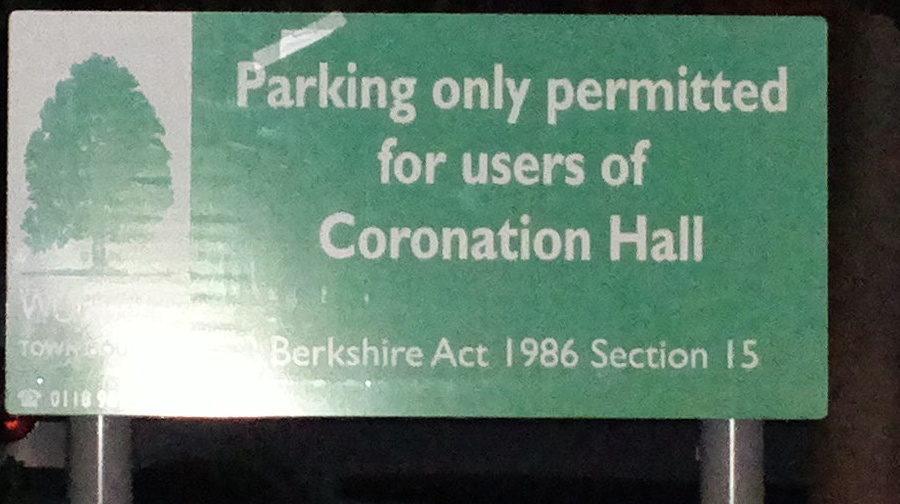 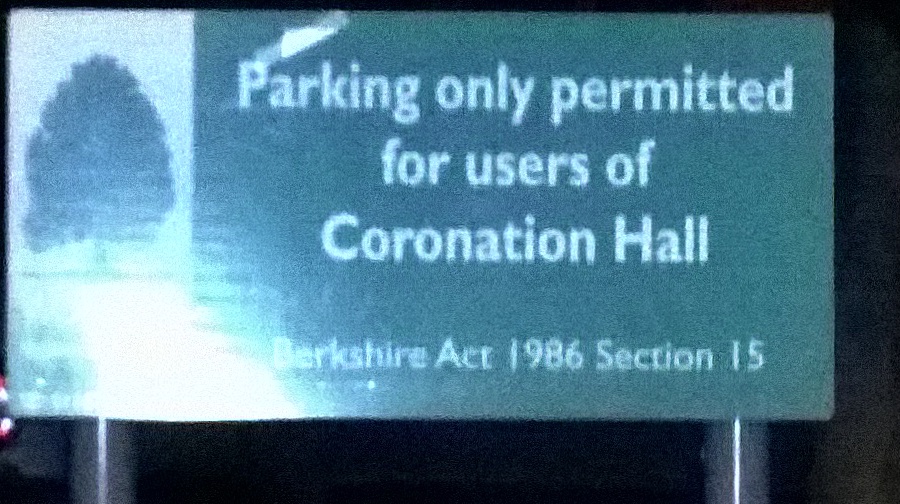 Despite the absence of PureView oversampling in either case and despite the 808 being worse when zoomed in than the Lumia 1020 (in good light), it's clear that the photo from the Nokia 808 here is dramatically more detailed and less noisy than that from the newer phone. In this case, it's almost completely down to the differences in Xenon flash strength - the 808 has two big capacitors producing a flash that's comparable with those from standalone cameras, while the slimmer single capacitor in the Lumia 1020's camera is similar in strength to that in Nokia's original N8 (which had a similar camera 'bulge') and isn't much use for subjects at this range.

Never mind car parks and signs, what about the most common use of flash on camera phones? Snapping human beings indoors. In this case using PureView 2.5x zoom on each device, shooting my great-nephew at a distance of around 3 metres, across the room. For privacy reasons, here's the blurred context of the shot, taken at around 2.5 metres, with light coming in as well from a window behind the sofa: 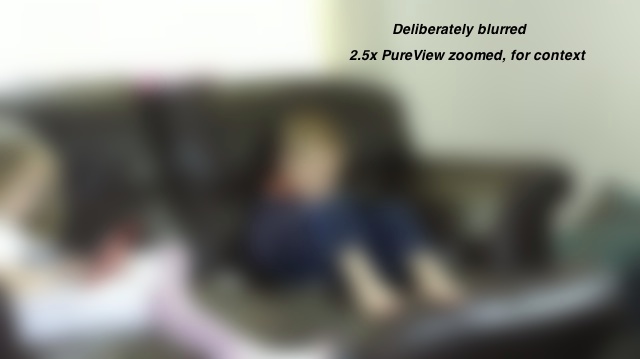 Then, cropping in to 1:1 in each photo, and again deliberately blurring the face for privacy reasons, we can see the comparator below - use your mouse again: 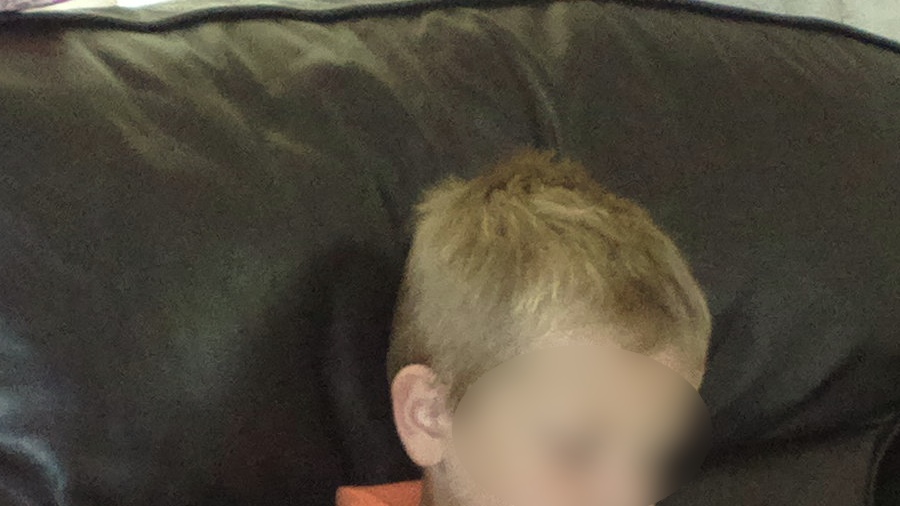 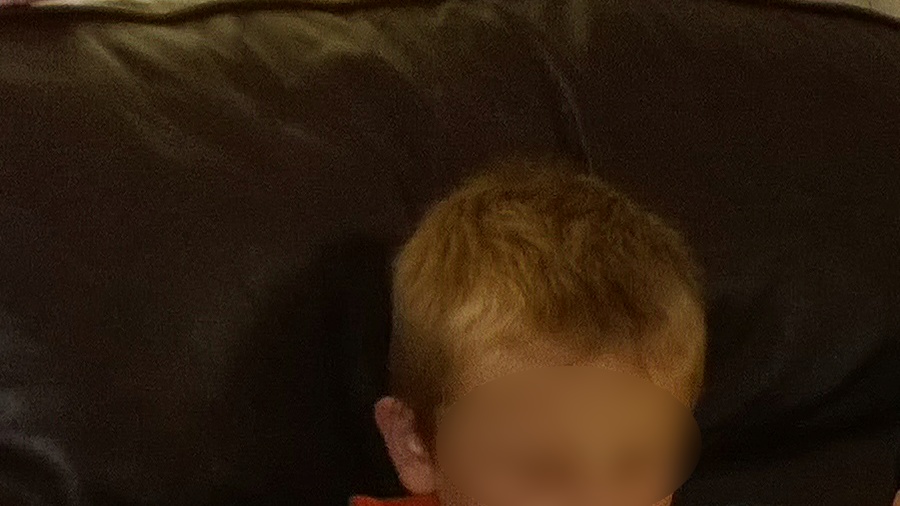 Now, the photo right/below looks better at first sight, but I should give a few notes with regard to colour. The sofa is in fact black, not brown, and the boy's hair is in fact fair and not ginger. The Lumia 1020 is adding (again) something of a very strange colour cast in its efforts to bump up saturation - I'd hope for this to be fixed at some point in a software update?

Also noteworthy here is the amount of digital noise and artefacts - the 808's photo isn't noise free because I was zoomed right in and so there was no oversampling benefit, but the Lumia 1020's image processing chain, working on the limited data from the smaller pixels that weren't as well lit, produces some pretty unsightly artefacts. Look at the boy's ear, for example, and compare this to that cropped from the Nokia 808 photo. Again, blowing up slightly in a static shot: 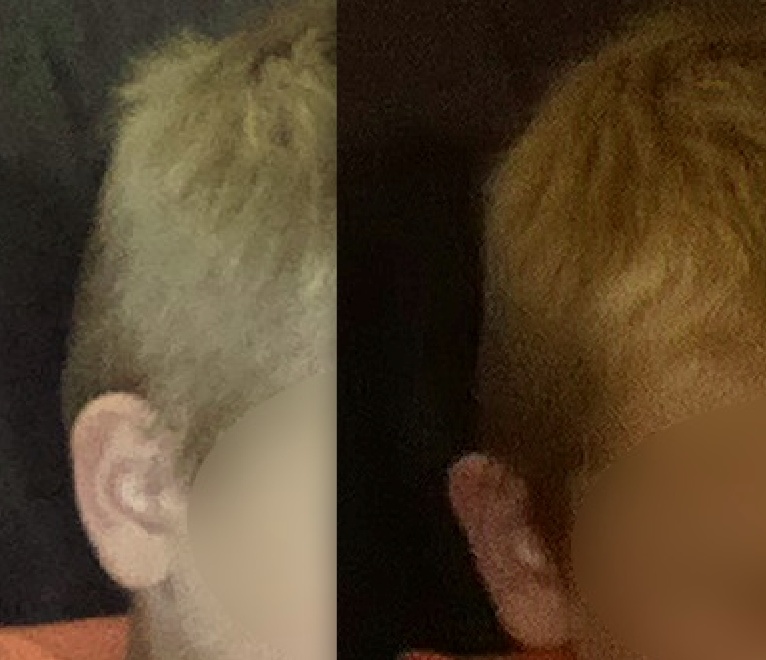 Now, this wasn't a big living room, so I'm a little disappointed by the relative weakness of the 1020's Xenon flash and the results it produces.

There's another factor to take into account here too, in that the Nokia Lumia 1020's shot to shot time is around four seconds. If you're shooting kids and friends and family, four seconds is an eternity. You can shoot burst photos with the 1020 at 5MP, but only without oversampling and - crucially - without Xenon or LED flash. In contrast, the Nokia 808 is ready to go with another Xenon-lit shot in under a second, which is much, much better.

It should be noted, of course, that even though the Lumia 1020 came off second best in this comparison when it came time to use the Xenon flash, its results will still be better than just about every other current smartphone on the market. The Galaxy S4 Zoom is about the only competitor that matters, and that comes with a full strength Xenon flash but a form factor that's horrifically compromised. Even the new Sony Xperia Z1, despite a 20MP sensor and a degree of PureView oversampling/zoom, comes with a weedy LED flash and so would fail in these tests.

Even compared to the Nokia 808, the lake and path scenes, typical of low light shots out in the fresh air, are handled better by the Lumia 1020, with the OIS making sure that the photo is as crisp as possible and with admirable light gathering. Plus the PureView re-frameability. Yes, if you look at the finer details, there's evidence of image processing but for almost all users, the overall effect will be superior to any other camera phone in the world.

However, credit where credit's due, and the 2012 Nokia 808 PureView can still hold its head up high when it comes to indoor and Xenon-flash-lit shots. The 1020's flash does work but it pales in comparison with the light produced from the 808's Xenon bulb, as you can see above. Add in the larger sensor and bigger pixels on the 808, plus the immediate 'raw' PureView processing, and it remains, in my view, still the camera phone to beat for social occasions and events. (Not bad for an early 2012 hardware release running an OS which is widely considered to be outdated.)

PS. The Lumia 1020's image processing, especially when it comes to colour casting for Xenon-lit shots may well be changed in future firmware, of course (or even just in an update to the Nokia Pro Camera application, hopefully), in which case I'll report back and re-do my Xenon flash comparisons. Ditto, shot to shot time on the 1020 may come down once Nokia Pro Cam is better integrated into Windows Phone firmwares, perhaps under Microsoft's turn at the helm in six months time?