One of the tropes around the Lumia 950 and 950 XL launch was that they would be Quick Charge 2.0-compatible, we even quoted this ourselves a number of times in the run-up to the device launches. Yet, and with thanks to Martin Jeppesen for lots of extra research and comment here, it seems that the two flagships are not QC 2.0 compatible - rather they implement 'standard' USB Type C 'fast charging'. Some details and thoughts below.

So, the 950 and 950 XL – given their Qualcomm Snapdragon 808 and 810 chipsets and given the marketing of them using 'fast charging' – of course they would use Qualcomm’s Quick Charge 2.0.

But, it seems, that they don’t. Here are the clues:

Instead the '5V/3A' combination from the charger leads to the conclusion that the Lumia 950 and 950 XL use the standard 'fast charging' capabilities of USB Type-C power definitions - from the linked Android Authority piece:

Note that you shouldn't confuse 'USB Type C' with 'USB 3.1'. And yes, it is confusing. You can have USB 3.1 protocols over old wiring (e.g. microUSB) and USB 2.x protocols over new USB Type C wiring. I'll get an article out on all this in due course.

Now, as the numbers suggest, USB Type-C 5V/3A might actually be faster than Quick Charge 2.0 anyway, so the new Lumias going old-school in terms of using 5V might be a blessing in disguise. To test this, Martin Jeppesen grabbed a car charger that is Quick Charge 2.0 certified but also has a Type-C output @3A. He intended to run tests with his Lumia 950 and the Battery Pro+ app to see which gives the highest charging rates.

There is one thing to worry about though. With the new standards, the physical cables become an issue. They are not just wires anymore, they actually – if they adhere to the standards – contain electronics to control the flow of the current. So, if you buy a cheap USB type A-to-C cable that supports 3A current but does not properly implement the standard, and connect your 950(/XL) to an older 0.9A/1.5A charger through that cable, it could actually try to draw more current than the charger can give. And, if the charger is not protected against overload, could lead to dangerous overheating. A Google engineer has dedicated himself to testing USB cables, if they adhere to the standards, have a look at his recommended/approved cables here.

The takeaway is that if you try to charge your 950(/XL) from another charger than the one the phone came with, results may vary. You’d be better off using the USB Type A-to-C cable supplied in the package with the phone.

After some testing, Martin concluded: "There is no doubt that USB Type C delivers faster charging than Quick Charge 2.0." Over several charge cycles, he found:

This is more than backed up by the theory - USB Type C is max 3A, and Quick Charge 2.0 is a max of 2.4A (at 5V), i.e. around 20% less. In fact, Type C is even more efficient than just the difference in current, since Martin was getting a full 50% increase in charging rate. 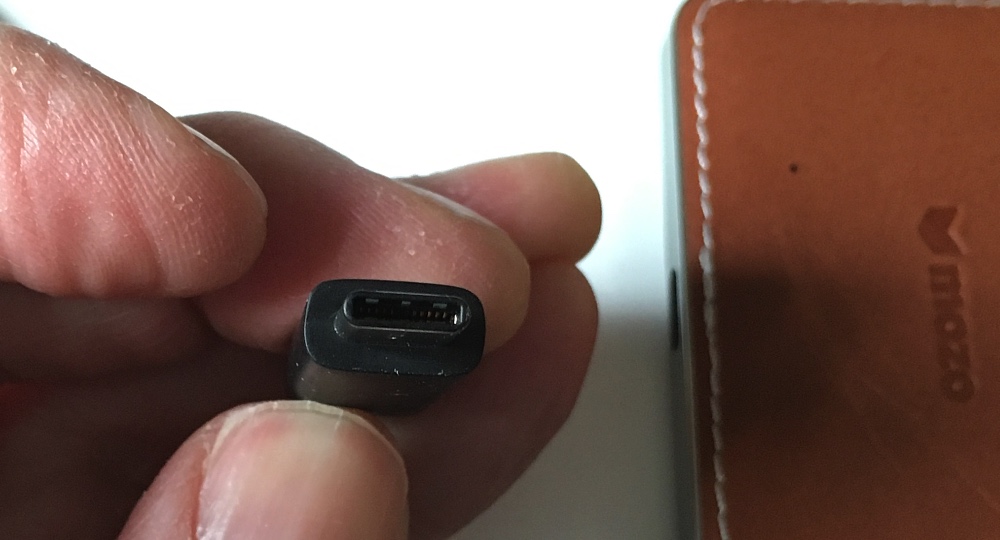 [If the Lumia 950 had the Qualcomm Quick Charge 2.0 chip implemented, the charge rates would likely be more comparable to the rates seen for Type C fast charging, because it could deliver 1.5A at 12V, i.e. 18W in some parts of the 'charging session' (where Type C tops out at 5V*3A, i.e. 15W).]

Having said that the Lumias aren't Quick Charge 2.0-compatible, if it's a choice between such a charger and a generic phone power source, you're probably still better off using the QC 2.0 one, since it can still deliver 2.4A at 5V.