Exactly a week ago, Microsoft unveiled the Surface Go, a smaller, lighter hybrid/communicator. And I'm still hovering my cursor over the 'Pre-order' button. Why the hesitation? Because I think Microsoft didn't quite get the design right. Don't get me wrong, I applaud their effort and the launch of new hardware, especially to a new market (mainly education). But I have several bones to pick with the company, ways it which it lost a sale to me, at least. And maybe you? See if you agree with me!

I'll embed the engineering launch video again, so that you can remind yourself of the design and specs:

There's a lot to like. The goal for most of us in the AAWP community is to have the most computing power in our pocket - with the best experience - and the most minimal form factor - and at the lowest cost as possible. Sounds like a tall order, though Microsoft got surprisingly close with the Surface Go.

Things I really liked about the Surface Go design:

So far so good then. I/we have a smaller and lighter Surface Pro, effectively - even the Intel Pentium Gold 4415Y should be snappy enough, since my original Surface Pro is massively outgunned by this yet runs perfectly smoothly. Perhaps thanks to its use of a SSD, but the 128GB and 256GB versions of the Surface Go also have SSD for storage, so again, the Go should be perfectly fast enough as long as you stay away from the eMMC-equipped 64GB version.

But it's not all roses and I wanted to expand on the reasons why I haven't clicked on 'Pre-order':

Now, I realise that the Type Cover had to be smaller, of course. Its dimensions had to match the Surface Go itself.

But. What Microsoft did was to - literally - shrink the key layout. In other words, they kept the arrangement of punctuation and ancillary keys and just reduced every dimension by 20% or so. You can see (if you squint a little) what they did if I show you the Surface Pro (larger) and Surface Go (smaller) Type Covers superimposed: 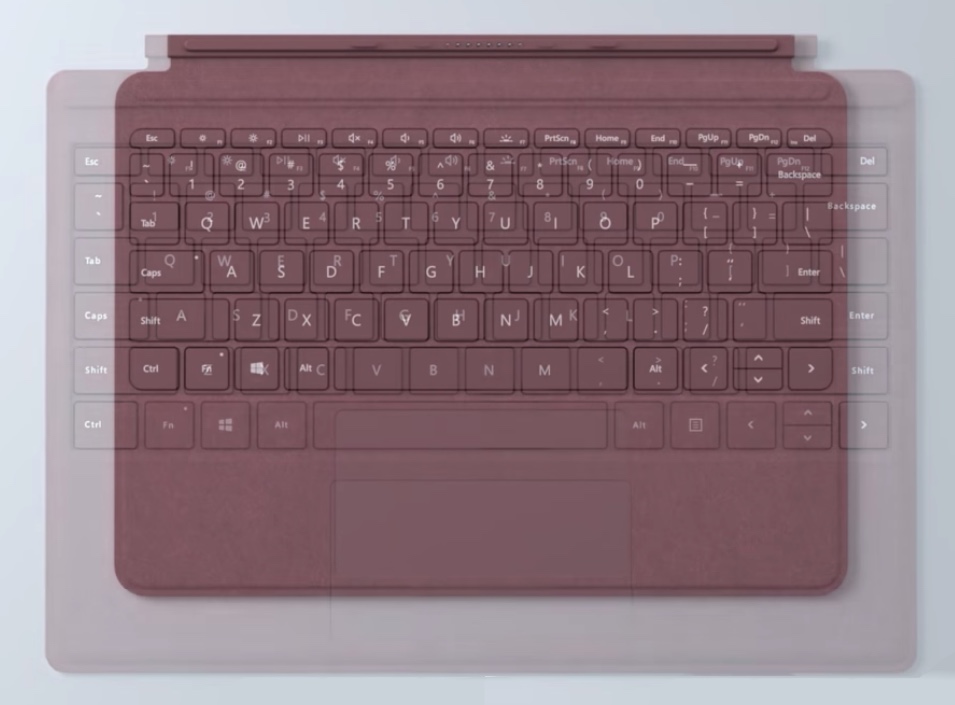 So we get smaller alphabetic keys and the typing experience is no longer 'full size'. Now, admittedly,  if the Surface Go is indeed aimed at the education market then the keyboard size will be just fine for school children. But the smaller layout is definitely a step down from the comfortable layout on previous Surface hybrids.

What Microsoft should have done, I believe, is to keep the Q-P letter row the same size. If you look above and find the original Q-P row then you'll see that it easily fits inside the width of the Surface Go Type Cover. And there would be room for a tab key on the left and probably the square brackets to the right, with the Enter key dropped to replace the right shift key, which I still contend hardly anyone ever uses. In short, a little more key arrangement and I think the main keys could have been preserved at the original size and spacing.

The argument against would be to say the specific Surface Type Cover key layout is sacrosanct and can't be altered as it confuses users. I disagree, if a smaller keyboard gives me full size keys then I don't give two hoots where the ']' or '`' characters have gone - I use them so rarely that I always have to look for them anyway.

Every previous Surface device has had a full USB-A port. Somewhere to plug in a phone charger or data cable, a USB hard disk or optical drive, a flash disk, a USB microphone. OK, so there was only the one port, so sometimes you might have to switch accessories, but at least the USB-A port was there.

No longer, on the Surface Go. Microsoft has followed Apple down the hari-kiri route of only providing USB Type C. Now, I'm all for Type C being the future, but we're not in the future yet. It will take at least another five years for Type C to be truly ubiquitous, and in the meantime if a laptop or hybrid wants to put in a Type C port then there should be an 'old' USB-A port as well.

Microsoft will say "Ah, but you can also use an adapter", but a) there's no adapter in the box, b) Microsoft doesn't sell one (I looked), so you have to source one yourself from goodness knows where. And that may not be as fully compliant with standards as the Surface Go, so you'll end up with accessories that may or may not work. Just last weekend I had a fellow podcaster plug his USB-A microphone into his Type C laotop via an adapter/dongle and - guess what? It didn't work. At all.

Going forward, a single Type C just isn't good enough, for professionals like you and I. Even in education, pupils will still expect to be able to plug in USB-A accessories and teachers will quickly tear their hair out trying to find lost dongles and to get everything working.

Now, returning to the education theme, and possibly also to the 'it's reasonably priced' theme, Microsoft will say that bezels are there to be gripped by small hands and also to keep costs down. But I - and many others - have been disappointed for a 2018 design. 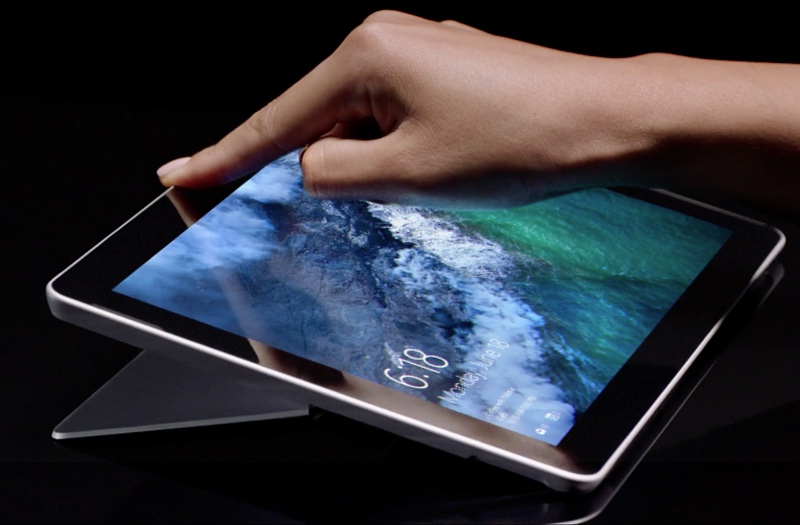 I realise that bezels are a matter of personal taste, but even within the current Surface Go form factor, I estimate that Microsoft could still have put in a 3:2 12" display - at least. Yes, the cost might have gone up £50 as a result, but I'd have been happy with that, to see more content and have a larger touchscreen.

Yes, yes, a matter of compromise, but hey, I'm just explaining why Microsoft is missing me from this product's scope.

To not have the LTE option available at launch was a missed opportunity for many potential buyers. Not in education, obviously, but in terms of home users and mobile professionals, for whom this could have been an ultimate 'go everywhere' productivity tool. I know that's how I was viewing it. And yes, there was that glimmer of hope that the right cellular stack would be in place behind the LTE antenna in order that the Surface Go LTE could make and receive voice calls too, at which point this becomes a genuine 'communicator'. Possibly a pipe dream from me, but it might work. 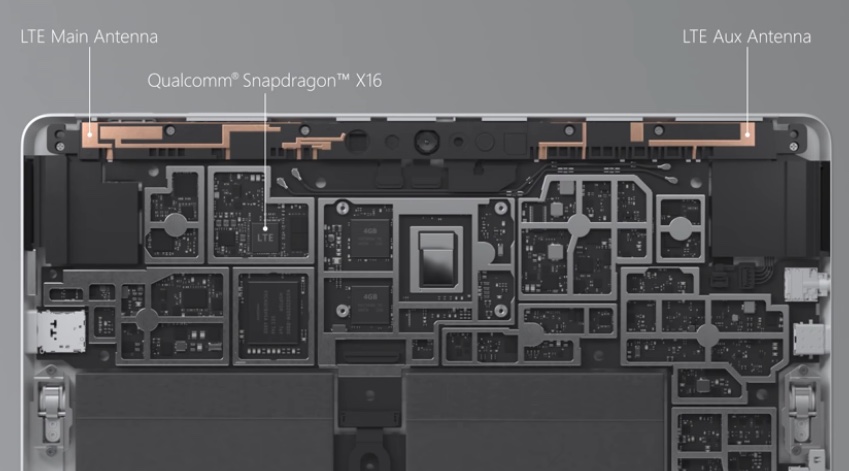 But not until the Go LTE is made available, and that's looking like November/December 2018 right now.

Oh well. Your comments and data points welcome. Were you eyeing up the Surface Go too, and did you end up pre-ordering? What's on your own 'potential showstoppers' list for this new Surface?

Filed: Home > Features > Four ways in which Microsoft 'missed me' with the Surface Go design