Days of Future Past - part 2: The McLaren Edition

Following his intriguing part one, guest writer By Michael 'Mivas_Greece' (surname withheld by request) brings us the second part of a tale of prototypes (one of which he has access to) and what might have been, featuring some of the various uses of Nokia's 'Pre-Touch' technology. A Lumia 1030 anyone? The final part of this feature will be published in due course.

In part one, I focused on the innovative and futuristic Pre-Touch (3D Touch) technologies developed by Nokia in 2013-2014 and later, and by Microsoft from 2014 on, after acquisition of Nokia’s mobile department by the latter. The second part is focused on the legendary and highly anticipated flagship back then, the Nokia 'McLaren' (a.k.a. Lumia 1030) especially on its camera. 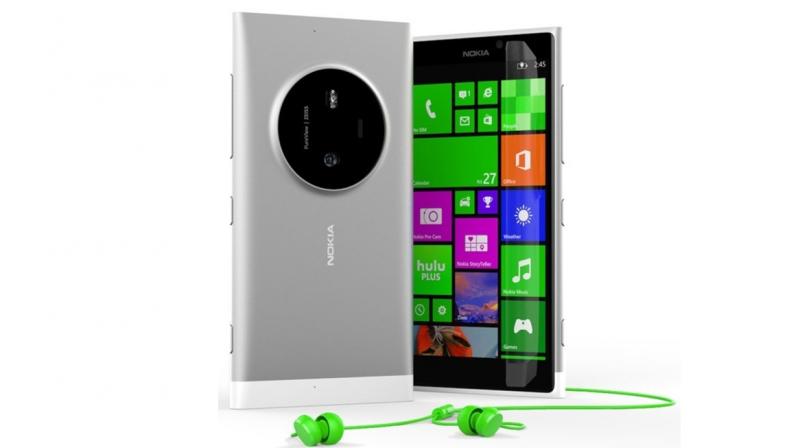 If we go back in time, in 2013-14, we see once again a transitional but still bright era of Nokia colourful and durable smartphones with that fresh and different from the rest OS, Windows Phone. Just after releasing the Lumia 1020, Nokia was developing its successor that would have a much more evolved OIS camera, a precise, non-mechanical shutter, but dual LED instead of a xenon flash and a smaller sensor that would later be integrated in the Lumia 950. So we can say that, camera-wise, the McLaren was the predecessor of the Lumia 950 (both 20MP PureView ZEISS cameras), but not really a successor to the 41MP beasts, the Lumia 1020 and the Symbian-running Nokia 808 PureView. 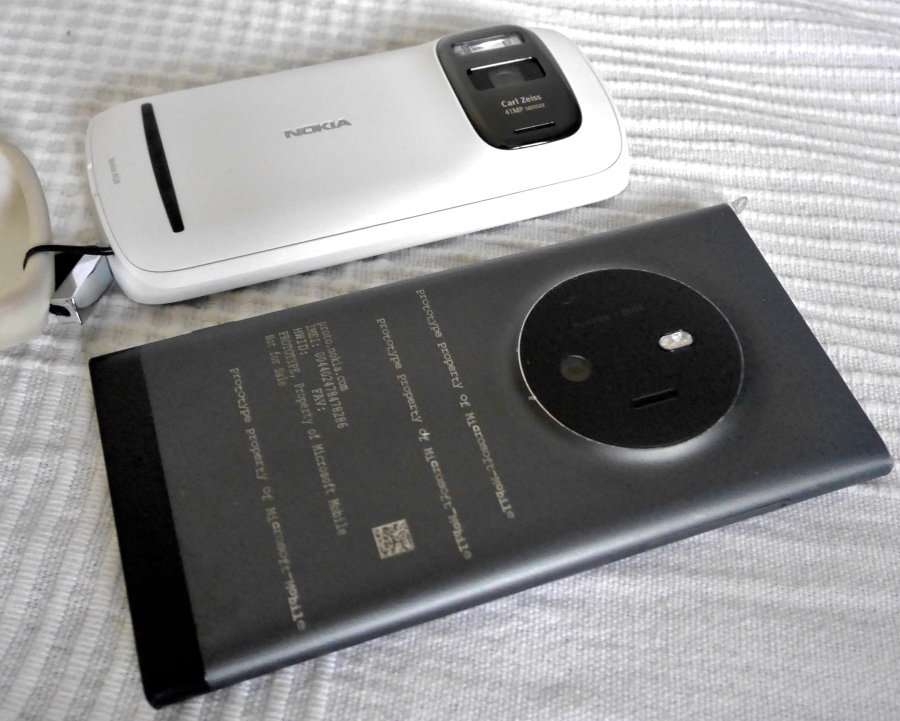 However, since we haven’t seen anywhere else any photo-samples taken by the McLaren (apart from just a couple of photos I saw in a video by Mr Mobile), I took some photos using various apps. The default camera app has the same UI as in any other Lumia. It comes with limited settings, capturing only in pureview mode (no DNG or full resolution). Depending on the software installed, a Lumia Camera app might be preinstalled, else it can be downloaded easily from the Store. It is the app we all know and it unlocks its full resolution and possibility to capture in RAW (dng), just like in the Lumia 1020. I also tried some apps from the Store like the free 1Shot, which is quite similar to the default camera app in terms of jpeg processing, and also the 'professional' camera app (which gives the highest detail level in the 950), ProShot. From 'natural' to sharpened photos, we have Lumia Camera then Windows 10 Camera app, together with 1Shot, and at the other end, ProShot.

[Steve's note: the McLaren/1030 shoots at an oversampled 5MP, the same output resolution as the 1020 - though this was of course raised to 8MP for the Lumia 950 to match competitor expected resolutions.]

Some imaging examples, then. Click any image to grab the original JPG. 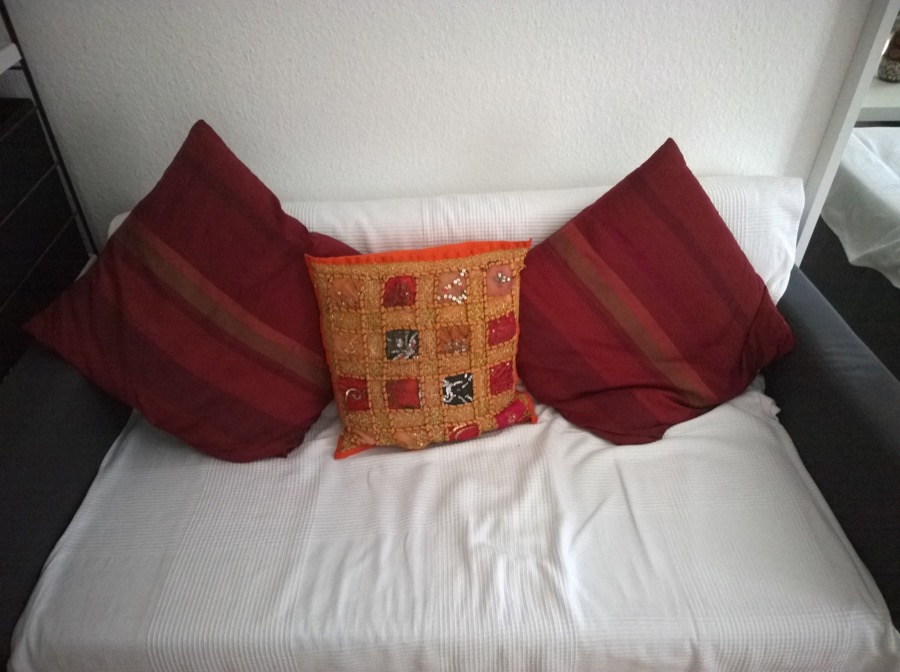 [Steve's note: all very Lumia 1020-esque in terms of lack of processing or sharpening. Of course, with a smaller camera unit than the 1020, there's less oversampling and thus less light captured and less purity. The later Lumia 950 improved on shots such as the one above by using multi-exposure auto-HDR and by applying some sharpening and colour enhancement.] 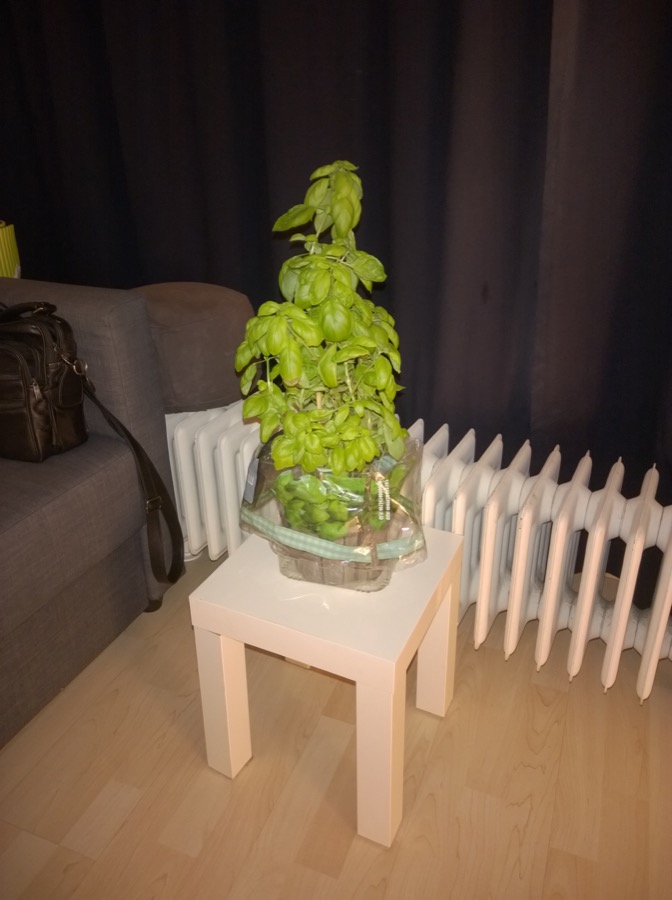 [Steve notes: although the Lumia 1020's Xenon flash was brighter, it did create issues in terms of blending what was lit with the ambient background. Here in the 1030, the ex-Nokians at Microsoft were trying out a dual LED flash arrangement, and it works pretty well. The dual was bumped up to 'triple' in the end for the Lumia 950, which seems about right.]

It was a very cloudy day (it rained a bit later), but I gave it a shot nevertheless. A small part of the small garden outside my window: 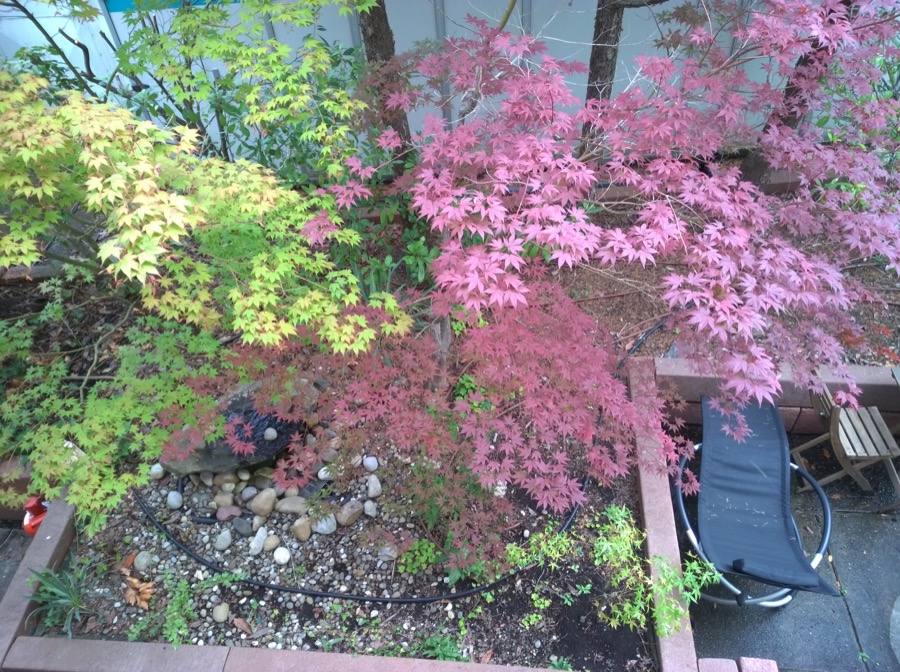 The photo isn't impressive, but it is representative of the light that day. I was curious though, if I could do something to make it more pleasant? Check below a warmer version that I made out of the Lumia Camera dng file from the McLaren in Adobe Lightroom: 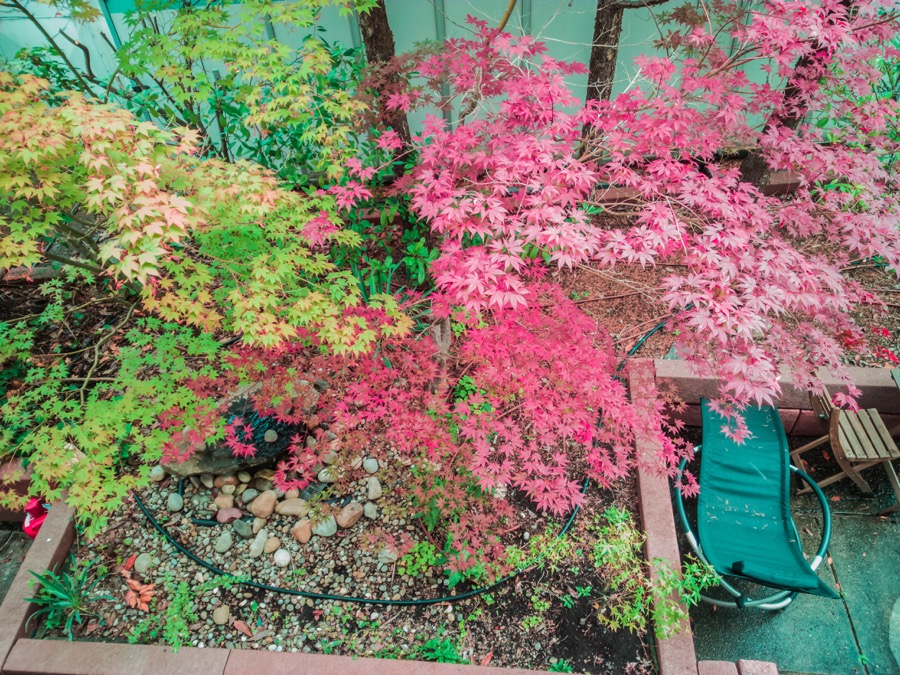 Vibrant and warmer colors (I think I overdid it with the colors!), enhanced contrast, more details, less sharpness and less noise reduction, a much better result overall, just by playing around with the RAW files (apart from the colors, it reminds me a bit the 808 processing).

[Steve notes: all fair enough, though I've always liked natural processing and the McLaren's 5MP output seems OK to me, given the very cloudy conditions. As ever, it all depends on whether you want a phone camera to capture things 'hyper-realistically']

A walk in the small, peaceful streets, not far from the city center, on a beautiful, sunny day! And shooting this time with Lumia Camera first, ProShot second. As before, click to grab each image at original resolution: 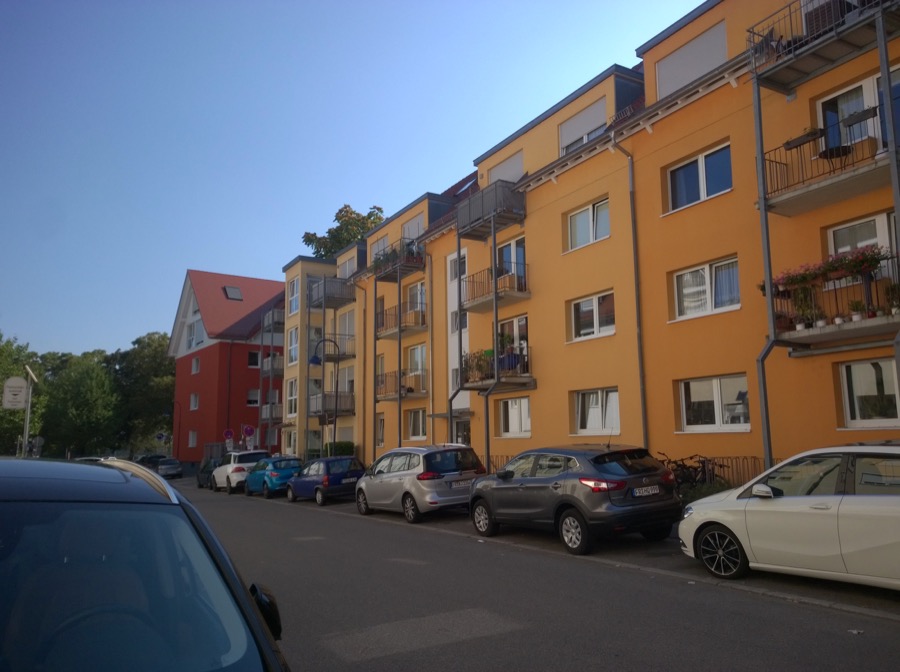 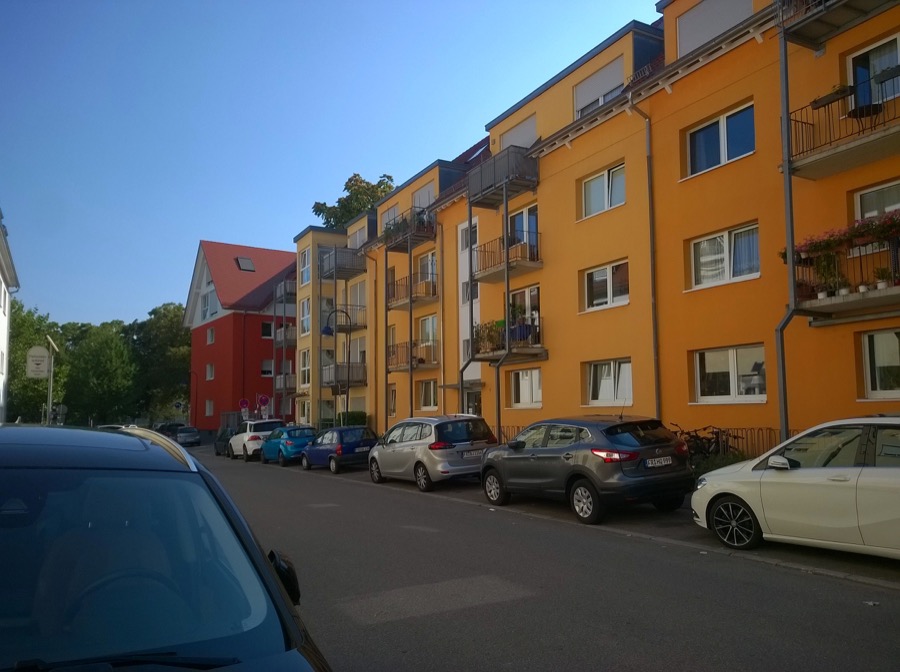 Here I prefer the more detailed result from the ProShot to be honest, it gives more contrast, details, and enhanced colors.

Depending on the scenario, I prefer one app over the other and vice versa. Considering that it was never released and that the main focus was the Pre-Touch technology, the McLaren has a quite decent camera, I would say. The jpeg processing was optimized and finalized in the Lumia 950 camera, but still, since it captures RAW, enthusiasts can achieve much better results in the end and of course be creative.

As a bonus, I share here a photo captured with the Lumia Camera and the RAW developed in Lightroom to give something quite different. 5MP PureView jpeg first, developed dng for black-and-white second and an artistic version third: 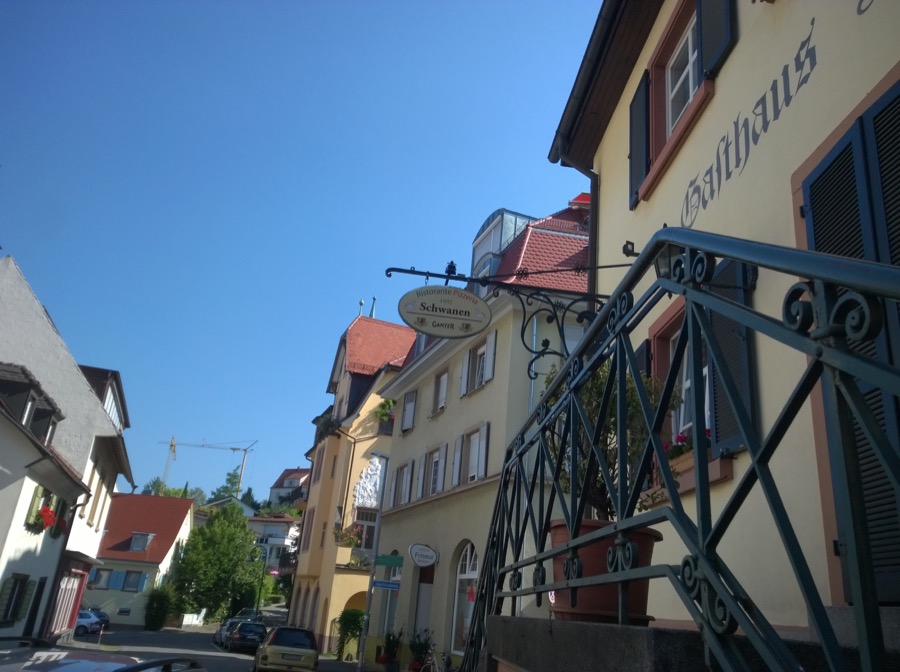 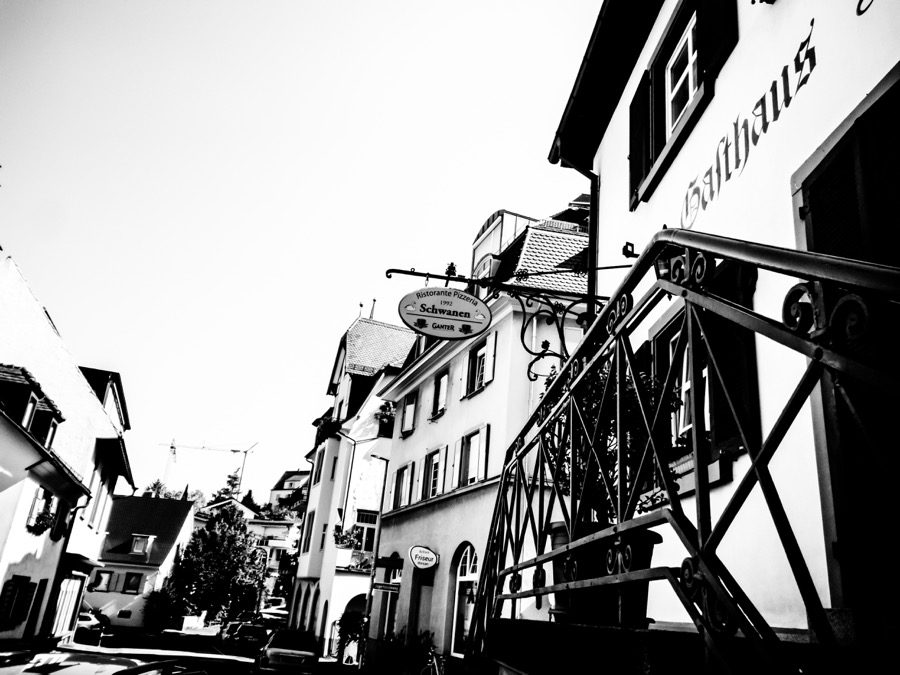 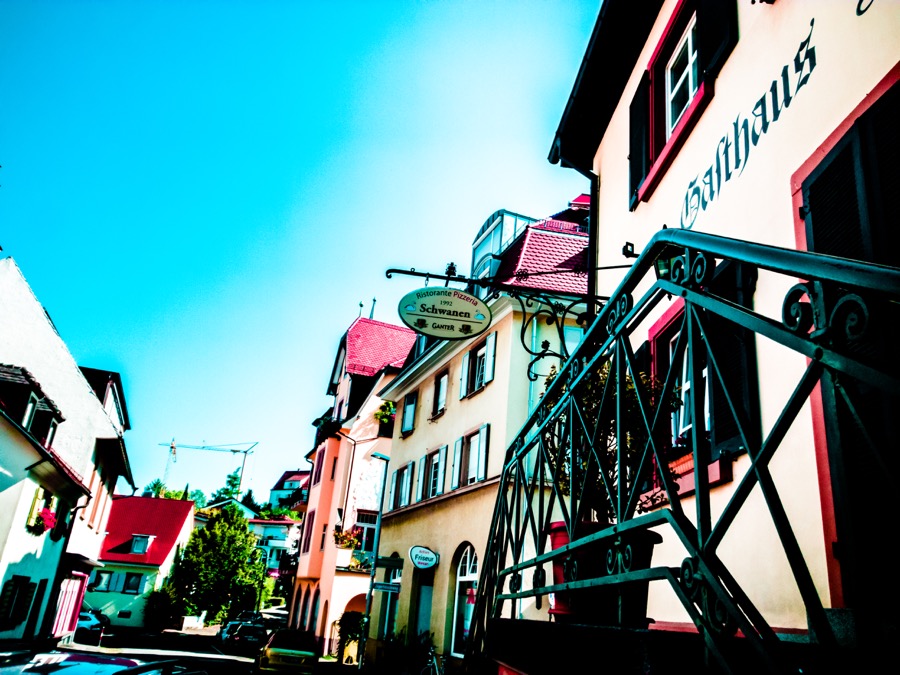 In the part 1, I promised I would show one more Pre-Touch feature, and as you suspect already, it is the McLaren’s 3D-Touch camera app(s). There are two Pre-Touch (3D Touch) camera apps, which are available only in later firmware versions; the factory-testing Pre-Touch Lumia Camera and the finalized Pre-Touch Nokia Camera. Both 3D-Touch app tiles are purple, while the standard non-3D Touch Lumia Camera that is available from the Store for all Lumia smartphones has a blue/transparent tile. These nearly UI-less 3D-Touch apps were mentioned elsewhere as a possible future plan that was never finalized, but actually, as we see here, they were finalized in later firmware releases. They are actually based on the standard Lumia Camera, but are enhanced for Pre-Touch control. Let’s see them one by one.

This app was built for testing purposes and therefore has events logging on the left side. It has most, but not all 3D-Touch features that the finalized Nokia Camera has.

This app is almost UI-free, apart from the shooting button on the right (or bottom depending on the orientation) of the screen and a shortcut for captured photos on the top left, quite close to the logging. Of course if we slide the shooter to the left (even without touching it), the well-known rings of settings of the standard Lumia camera appear.

Another Pre-Touch feature is the appearance of the settings bar on the top of the screen. When we get close to that area, they appear without touching the screen and disappear when we move away from it in order to keep the UI as clean as possible. 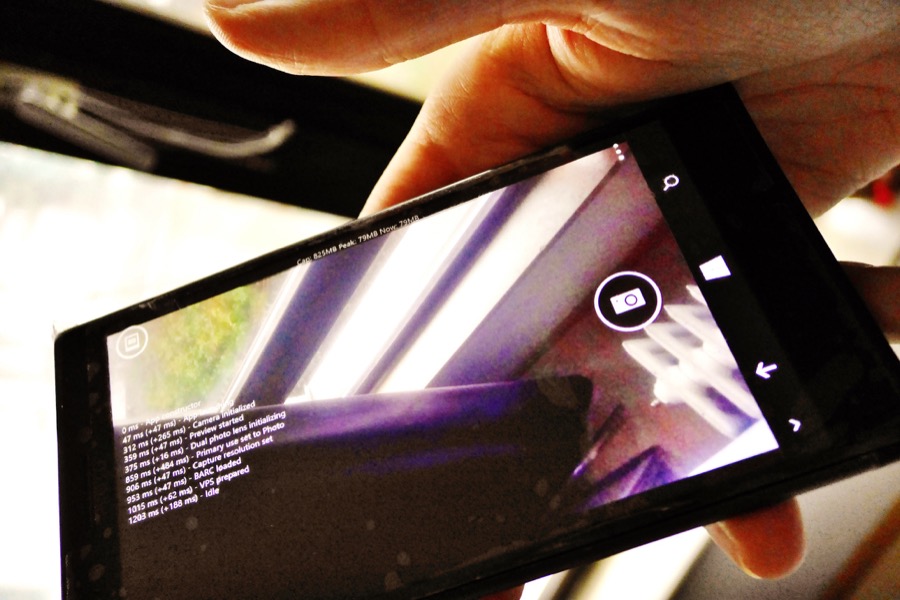 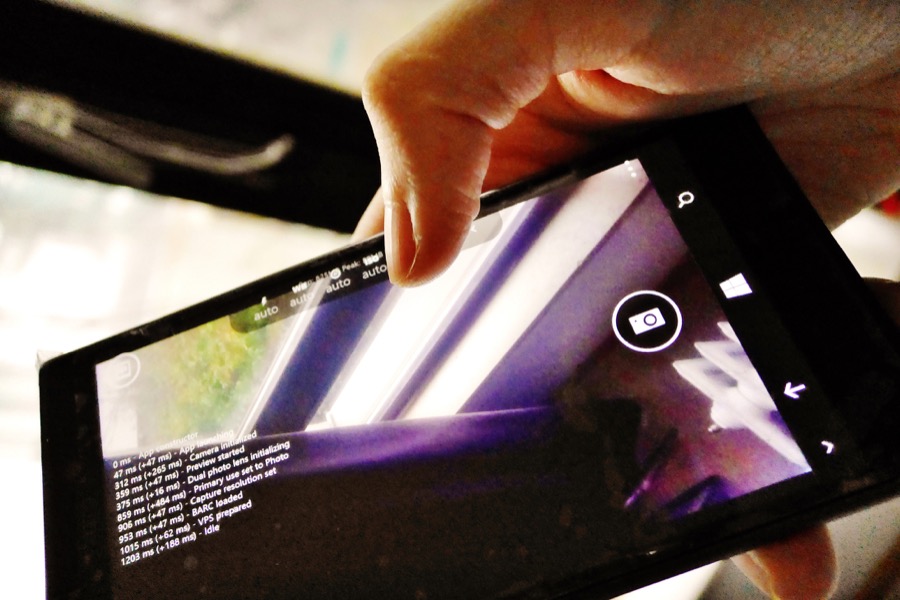 There are also features that use sensing of the sides of the shell instead of the screen. The grip-to-lock/unlock orientation feature that I showed in the part 1 applies in the Pre-Touch camera apps too. If we want to lock to horizontal orientation, we grip with more pressure to lock and then again to unlock.

Finally, the last Pre-Touch feature for the factory-testing Lumia Camera is the switching of the camera modes. As we know, there are 3 different modes in the standard Lumia Camera; Single photo camera, Burst camera and Video camera mode. With the Pre-Touch technology, we can simply go on the shell, close to the camera mechanical button and slide to the left or right, so that we roll the modes and change them. The one that is closer to become active, becomes blue, while the others as they move away from becoming active, they become transparent. 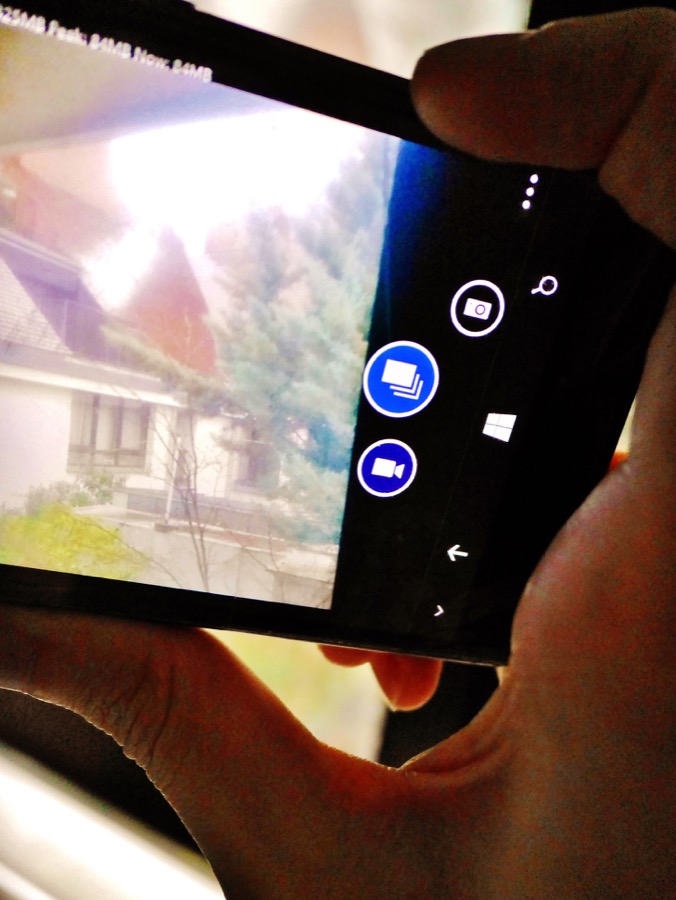 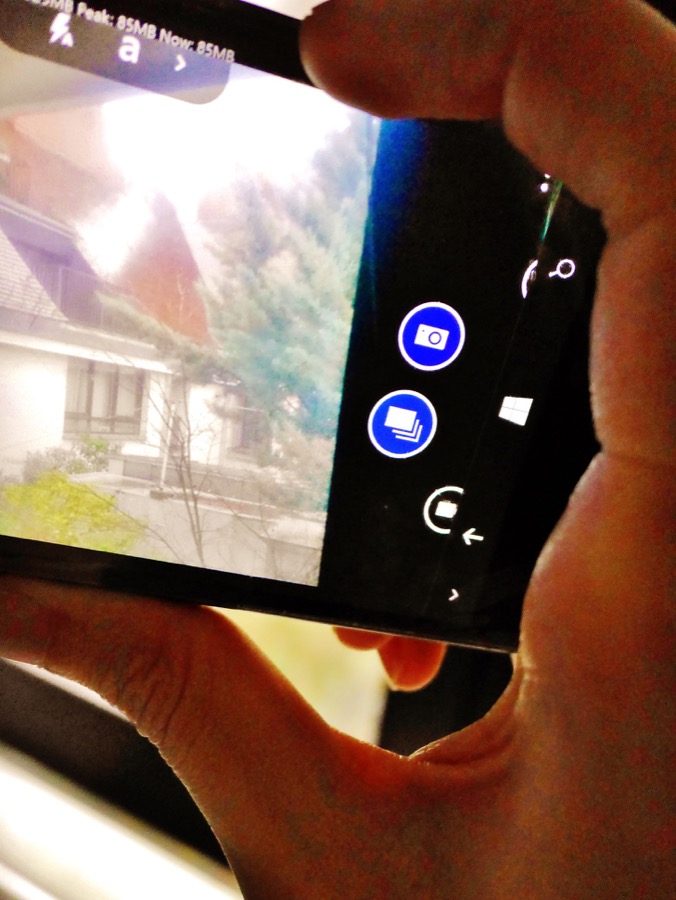 While it shows most of the planned Pre-Touch features, the 3D-Touch Lumia Camera cannot be considered as the final version, since it logs everything all the time and also misses one last feature that was implemented in the final version.

This is the finalized app (or the closest to the final version) that I assume was destined for the commercial Nokia McLaren (if it was ever released). Compared to the factory testing Lumia Camera, the Nokia Camera has no logging at all. It has a clean UI and therefore I believe this would be the final version (at least it is the most evolved I have ever seen). 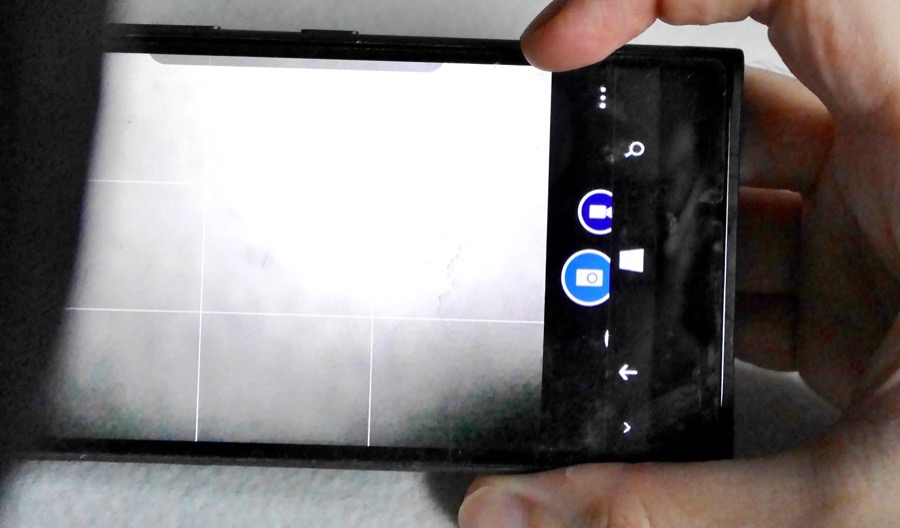 Apart from the complete absence of logging, it is also faster, smoother and more stable than the Pre-Touch/3D-Touch Lumia Camera.

Considering the Pre-Touch features, it shares everything with the Pre-Touch Lumia Camera and it includes one extra feature; the 3D-Touch zoom in/out. This feature is unique to the 3D Touch Nokia Camera, which is apparent only in later firmware versions (some late firmware versions include only the factory-testing Lumia Camera). The 3D-Touch zoom in/out slider becomes visible when we touch the shell (but NOT the screen) from the bottom side (if we hold the phone in horizontal orientation) and slide to the right (zoom in) or to the left (zoom out). That’s more or less what the 3D-Touch PureView Zoom would have been. 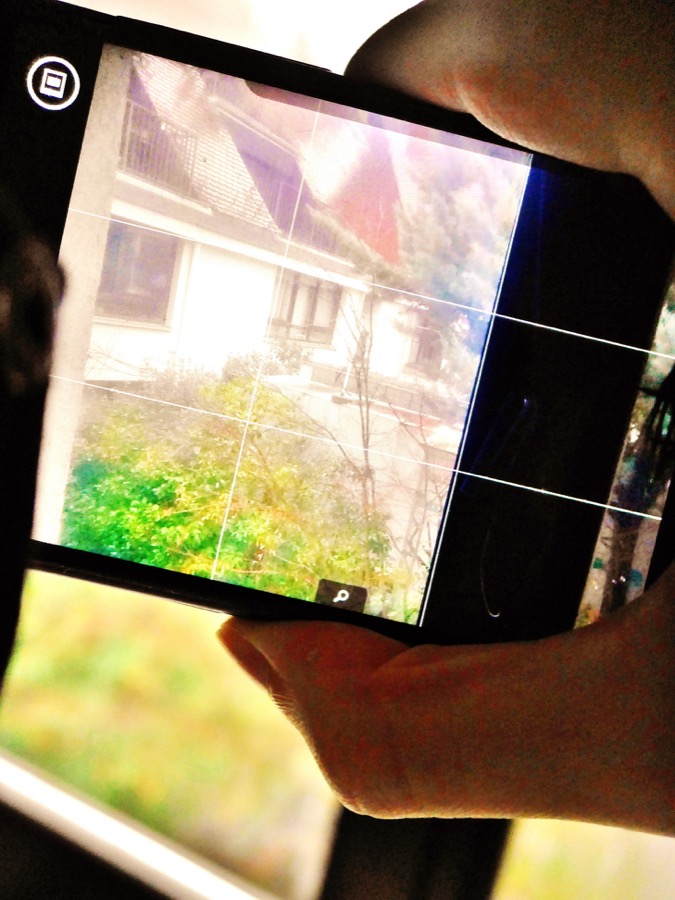 These are more or less the features of the 3D-Touch Nokia/Lumia Camera version that I could find in latter firmware versions. Perhaps more would have come if it was still in development, who knows…

I hope you enjoyed the Days of Future Past – Part 2: The McLaren Edition and hopefully I'll have Part 3, focusing on the different developmental stages of the McLarens (and explain more about firmware versions) soon.

Until then, and since it was Easter time, I leave you with a representative photo of traditional red eggs (captured with the McLaren obviously!) Again, click for the original JPG. 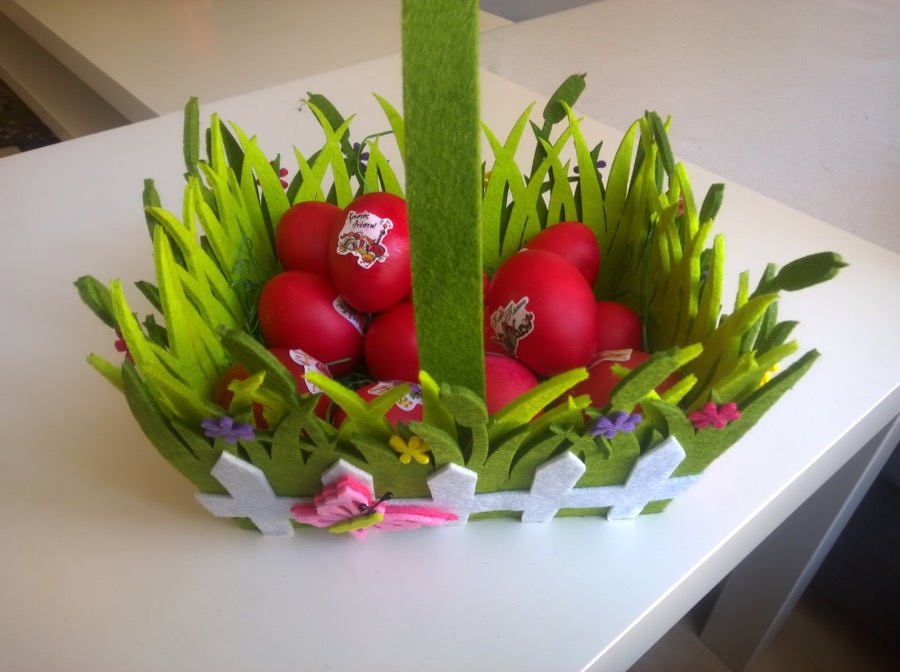 P.S. Feel free to check various photos of McLaren or photos captured with the McLaren in my respective FlickR album (I even have a teardown, if anyone is interested I can prepare a guide, how to replace the battery in a part 4).