It's obvious, but... Don't use WDRT on older Lumias - anymore!

This is somewhat obvious if you think about it, but it's worth expanding on anyway, since it almost caught me out yesterday. There are a number of readers with older phones - Lumia 640/XL, 730/735, 830, 930 and 1520 is a good (though not definitive) list - which started out on Windows Phone 8.1 but which were offered Windows 10 Mobile, at least via Microsoft's Upgrade Advisor utility. And have been running W10M smoothly. But now in 2020, in the event of problems, don't even think of using long time stalwart utility WDRT (Windows Device Recovery Tool) to restore your phone's original OS in order to 'rebuild'. Let me explain...

Long time readers and Windows enthusiasts will know where I'm going with this warning, but for everyone else I think I need to spell it out, since it almost 'caught' me too! (There's a rescue tool though, which I'll mention in the PS below.)

WDRT (still available here but use with caution!) is a utility designed to take any Windows-powered phone or tablet back to its original shipped state (or a slightly updated - for security - version), which you'd think would be a good life boat in the event of something going wrong in terms of software. However, for the phones mentioned above, they shipped with Windows Phone 8.1 back in the day, and so this is what gets offered when you plug them into WDRT today. Here's my Lumia 830 plugged into WDRT - showing 8.1 still being offered: 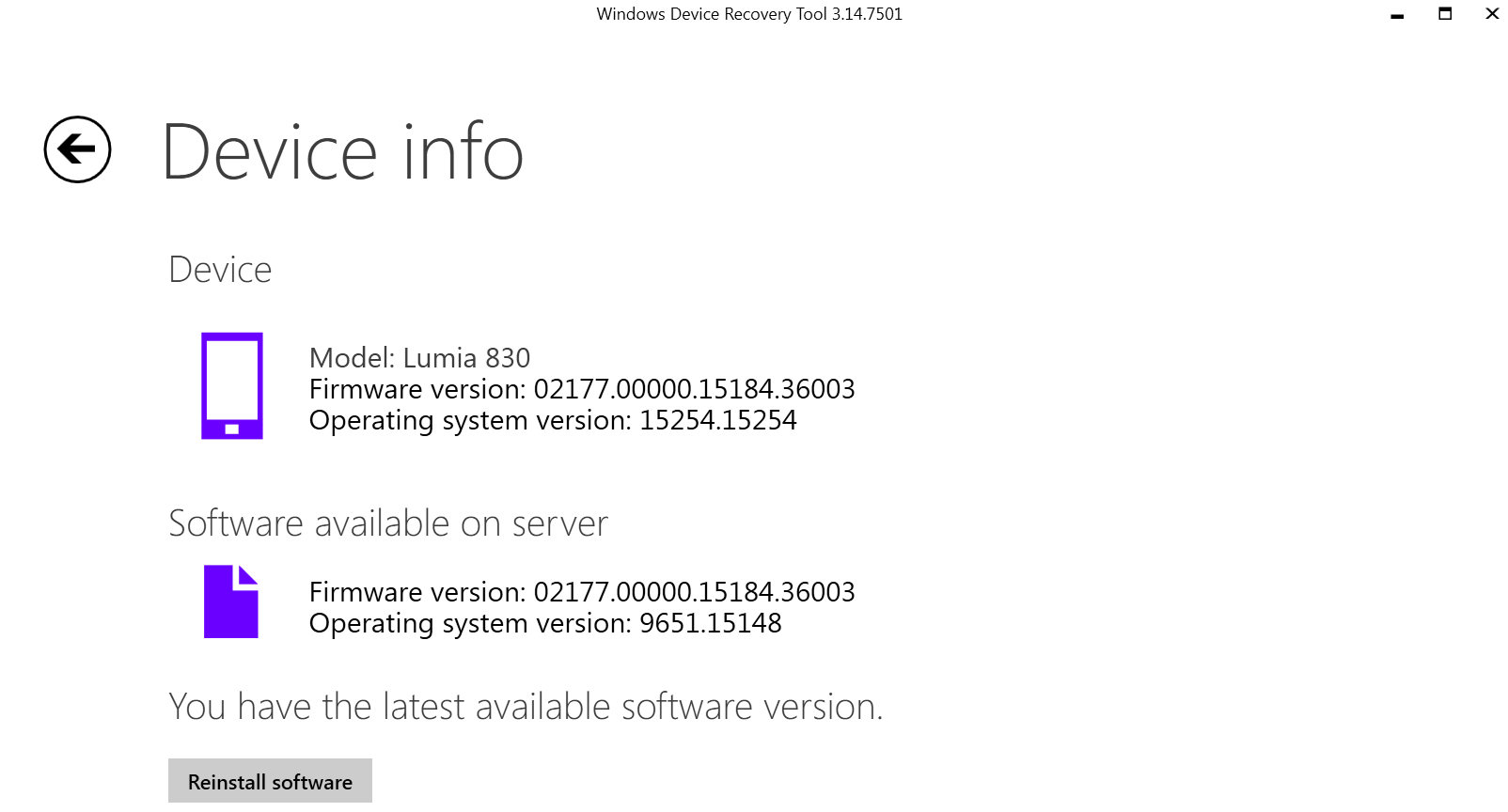 No big deal, you might think, it would be fun to play on 8.1 for a few minutes anyway, and then you could always start the upgrade process to Windows 10 Mobile again and build things from there?

Because as of the start of 2020, Microsoft turned off the Store for Windows Phone 8.1. Completely. You can't even sign into a Microsoft account on the phone in any capacity. 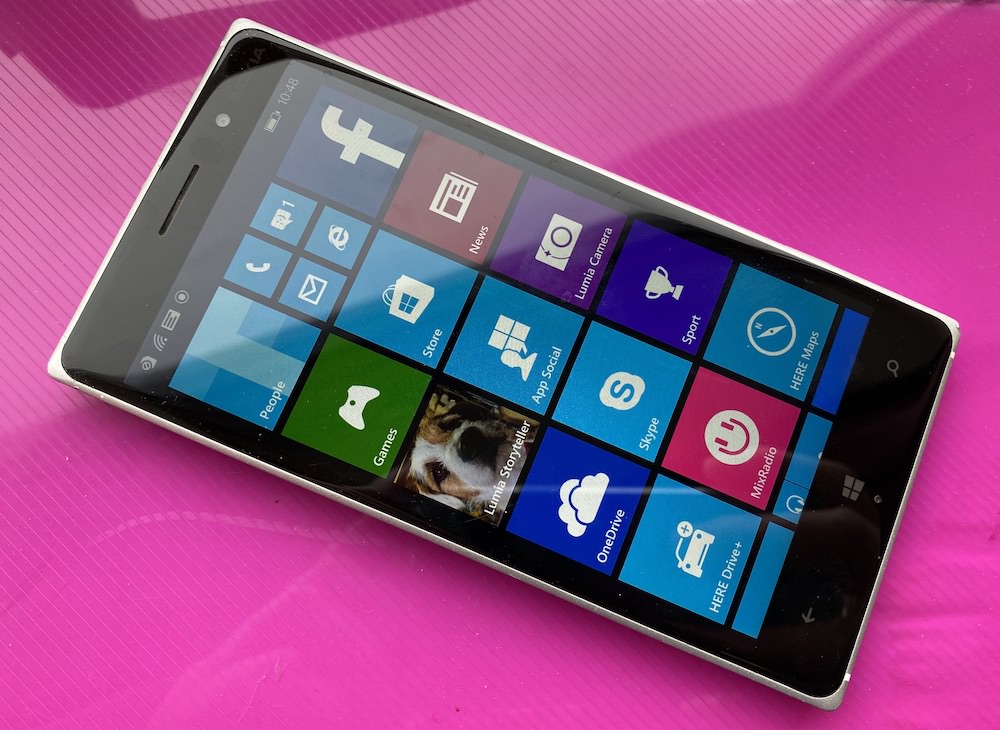 My test Lumia 830, newly reset to the part-functional Windows Phone 8.1 Update 2, the last version included on Windows Device Recovery Tool (WDRT). Not exactly a feature phone, but also not exactly a smartphone either, given the lack of third party applications or updates to the built-ins...

It would be handy if someone at Microsoft was paying attention to the ramifications of turning the Store off and also making sure that WDRT didn't work with these older devices anymore. After all, we get updates to WDRT to 'add support' for 'new devices' - so why not have an update that 'removes support', to stop users of the Lumia 640/XL, 730/735, 830, 930 and 1520 from accidentally using the tool and getting ostensibly stranded on an old OS version from which they can't escape. But I doubt this will happen, it's all so low priority for Microsoft these days. Leaving just an AAWP warning, that hopefully enough people will find via Google and other search engines.

PS. We try not to leave anyone totally stranded here on AAWP. There's always some kind of workaround. In this case an official one. You can use the rather hidden but still-available Microsoft Over The Cable Updater tool to take any Windows phone up to the last officially supported version.

It's a bare bones tool, designed for corporate IT department use, but if the phone could be upgraded to Windows 10 Mobile, for example, then this tool will take it all the way. In the case of the Lumia 830, to Windows 10 Mobile Anniversary Update (branch 1607). Phew.

PPS. A side thought, also obvious, but somewhat sad. With no working Store or sign in, enthusiasts can't even roll back to 8.1 to have a play with the interface and applications anymore. Such a rolled back phone isn't really even a 'feature phone' anymore, at least in 2020. Ah well. Plus ça change, eh?

Filed: Home > Features > It's obvious, but... Don't use WDRT on older Lumias - anymore!