It's a curious saga, but one which is worth looking at - even if (given that this is on AAWP, as well as the upcoming AAM) no Windows phones ever participated. I'm talking about phone-hosted biosensors, ways to measure heart rate, breathing, and more, using just your smartphone hardware. Why think about this now? Because Google just hacked some of this into its Pixels in a (get this) software update. So... how well does it work and is it a game changer?

In summary, pretty darned well, but no, I doubt it'll prove a significant draw factor in persuading buyers to choose a Google Pixel. But what the company has done is notable since it's a first party solution rather than a third party utility (there are a few on both Android and iOS). So the code is trustworthy - and hopefully also the results.

Google Fit now uses your Pixel's main camera, in combination with ambient light (or the phone's LED torch if you're in the dark), to measure your (heart) pulse rate. In addition, Google is the first, as far as I know, to use a phone's front camera to measure respiration rate. Put the two functions together, from Google itself and integrated right into its 'Google Fit' system, and you have a utility that's pretty cool.

Now, I should also point out that the usefulness of having your smartphone's cameras measure pulse and respiration isn't quite as huge as it might once have been. This is 2021 and you can buy fitness bands (wearables) for £30 or so that can constantly measure pulse and - often - do periodic SpO2 (Oxygen saturation) measurements. The band sits on your wrist and you rarely have to think of it, perhaps recharging it once  week. In which case, with wearables now ubiquitous and for the most part compatible with mainstream fitness/health systems on smartphones, why bother with phone-hosted biometric measurement at all?

Good question, and one which mainly explains why the vast majority of modern smartphones* have no bio sensors of their own - it's far easier to hook up to a wearable via Bluetooth and get better data, more reliably.

* Samsung flagships were an exception between 2016 and 2019, with Samsung's 'kitchen sink' approach throwing in heart rate and SpO2 sensors - I loved them, and still do, on my Galaxy S9+, for example. And these sensors played a part in checking readings for other hardware and software here. Samsung sadly dropped these sensors from the Galaxy S20 onwards. And I can't think of any other manufacturer dabbling in genuine phone-hosted bio sensors?

But the concept is still cool in my eyes. Especially here, where there's no extra hardware involved, not even inside the phone. It's just good lateral thinking. True, one might rarely use the Pixel/Fit system for measuring either pulse or respiration, but it's surely a 'nice to have at zero cost'?

This being AAWP, I did go looking for similar software for Lumias (thanks to a commenter below for the first suggestion) and found Instant Heart Rate in the Store. It's an old Windows Phone 8.1 Silverlight application but still works just fine under Windows 10 Mobile on my test Lumia 950 XL here, using the triple LED torch/flash and main camera: 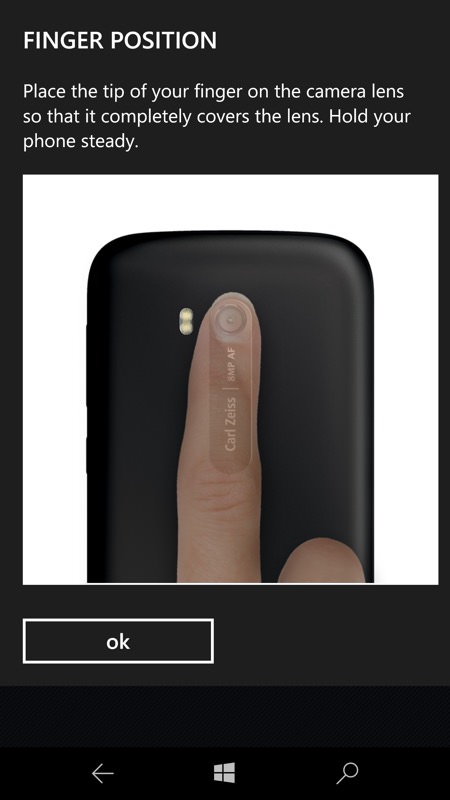 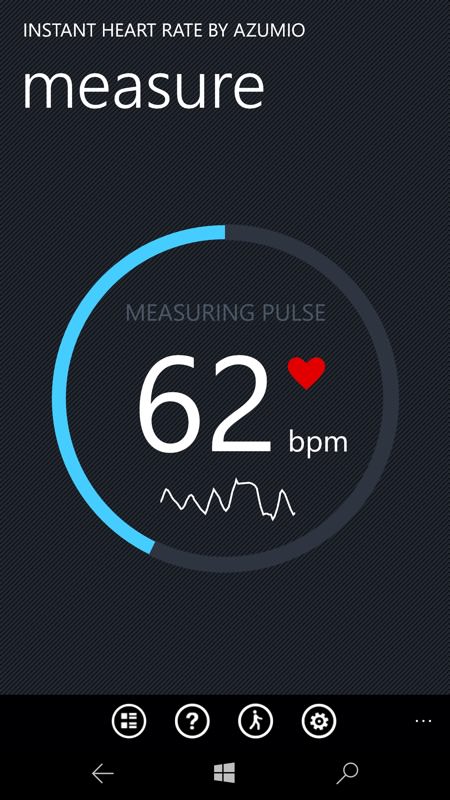 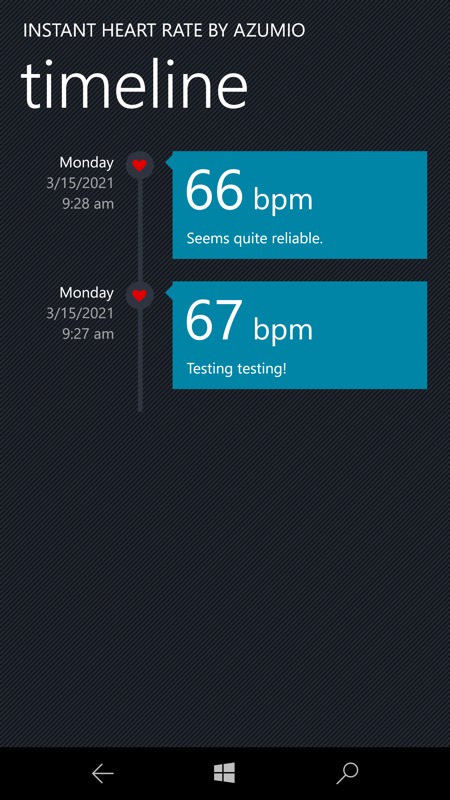 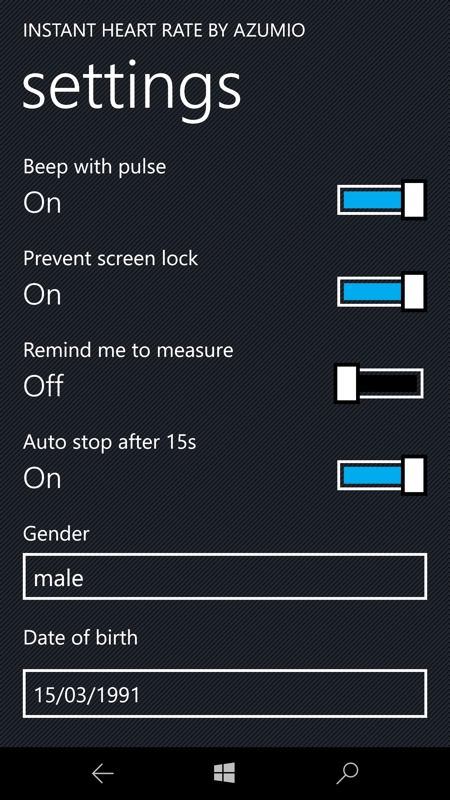 Measurements are pretty good, settling down after a few calibration snaps each time, with pulse readouts seemingly accurate, and recorded for posterity, along with any comments of your own (e.g. "After short walk"). Impressive, for an application coded back in 2010! (right) Settings include a helpful reminder, should you need to monitor heart rate for ongoing health reasons.

Instant Heart Rate is commercial software at $2 or so, with a free trial, so there's nothing to lose - it's very old software but seems to still work just fine, and the company is still active, so hopefully data sync and support are still available.

In terms of dedicated Windows 10 software (i.e. UWP), there's nothing really, except the trivial hack in Perfect Tools UWP, which uses the even lower tech method of finding your own pulse with a fingertip and then tapping the screen, but that's not really in the same league as the other software on this page. 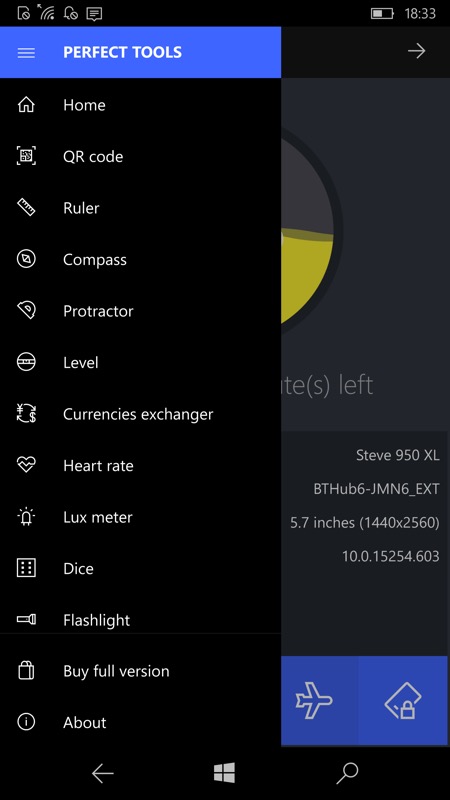 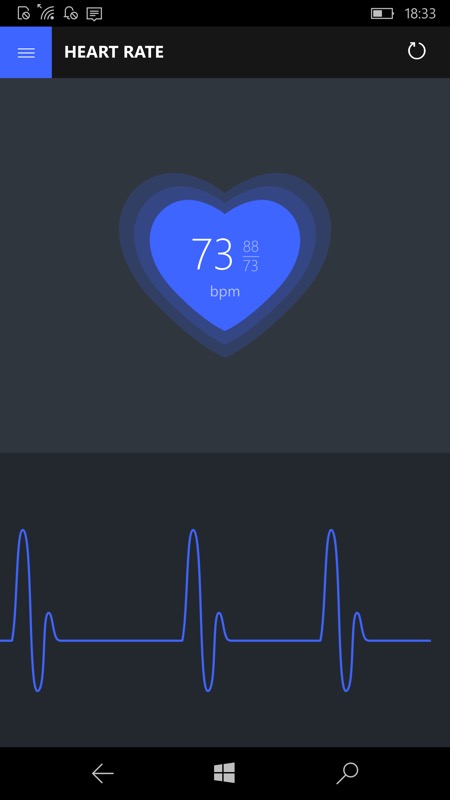 i'll get to Google Fit in a moment, but I did also go looking on iOS and the iPhone, and came up with a handful of utilities which used the phone camera for pulse measurement, including 'Instant Heart Rate: HR Monito‪r‬' shown here:

Which worked well enough, although: 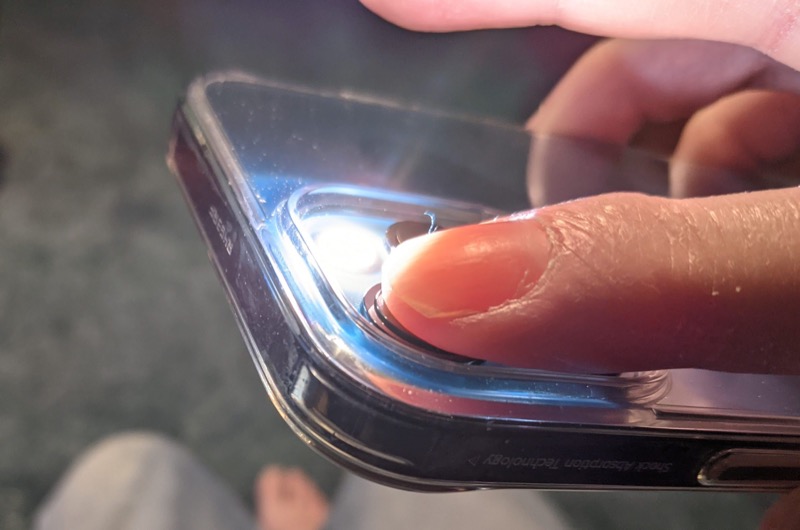 But the new Google Fit update is in a different league, again because it's first party, integrated, includes real time placement tips, can usually work with ambient light, and includes the gimmicky but surprisingly accurate respiration (breathing) rate measurement.

Google Fit's opening screen now offers 'getting started' with heart and respiratory rates; (right) starting off measuring heart rate, the software shows you which direction to move your fingertip in, should it not be centred well enough on the Pixel's main camera. 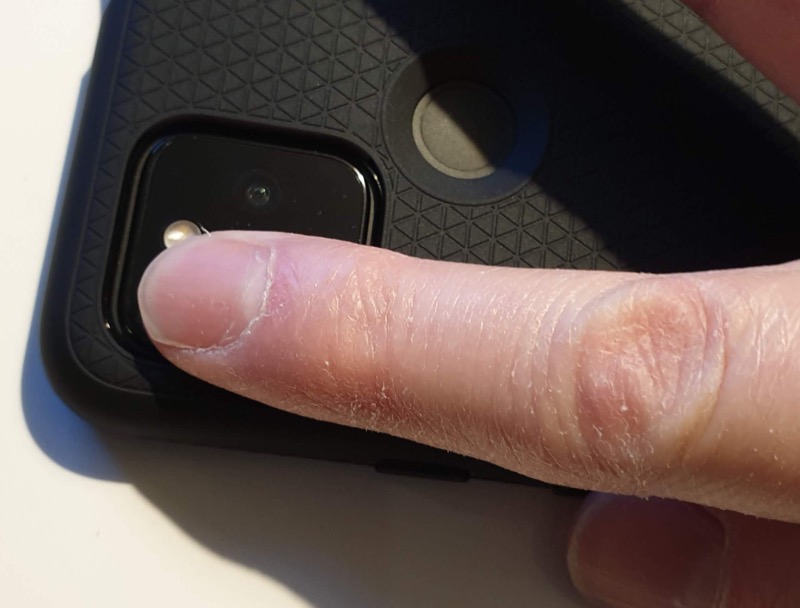 Aligning my finger on the Pixel's main camera. Note that the LED isn't on - Google Fit can usually manage to read a pulse in just ambient light...

Pulse measurement in progress in real time, it's amazing to see such detail and accuracy from a finger over a phone camera! (right) You can do this in the dark too, with an on-screen reminder and control to turn on the LED flash/torch. As you'd expect, this lights up your skin enough for the camera to detect blood flow through the capillaries. Clever stuff.

Even cleverer is measuring breathing (respiratory) rate. Hold the phone in front of you and the selfie camera spots miniscule changes in your chest attitude to work out how you're breathing and at what speed. The example here was handheld, sitting on a sofa, so there's little set-up needed, which is impressive. And innovative, I've not heard of anyone doing this with a selfie camera before; (right) meausurements of heart and breathing rate build up in the utility, for analysis. Plus you can also tie in measurements from other sources if needed.

Yes, yes, all this can be done better with a wearable of some kind, but that's another gadget, something to buy, wear, and charge. Perhaps for emergency use, perhaps just because it's a cool new, first party use for your smartphone, Google Fit's new 'bio-sensor' update gets a big thumbs up from me.