The app also shows basic information about the connected Windows Phone 8 device, inlcuding battery life, and amount of space being used by each type of content. In its current form the app has less functionality than Zune Desktop, and is, perhaps, best described a media transfer and companion app. 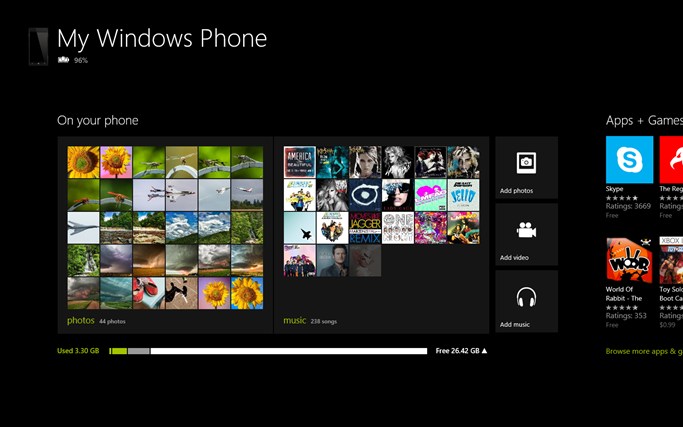 The Windows 8 Store lists the app as having the following features: 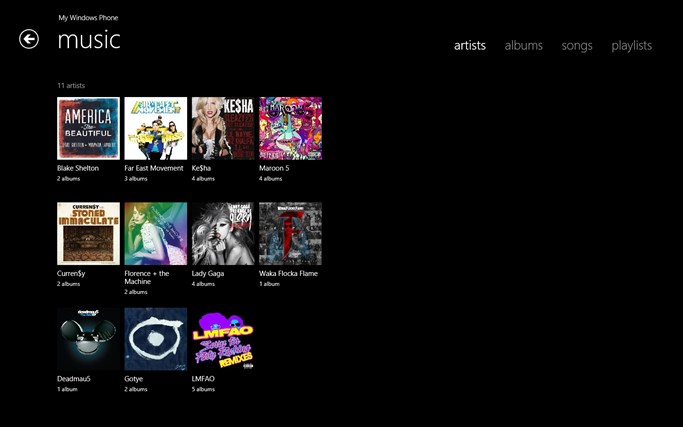 Your computer and your Windows Phone 8 work together seamlessly with the Windows Phone app so you always have your photos, videos, music and more right where you want them.