Twabbit has been my Windows Phone Twitter client of choice for a long, with slick interface, plenty of customisability and every function you could dream of. Plus regular updates, as proved by this new v1.4.1(.5), introducing new and fixed inline photo previewers, including Flickr, Photoplay and Instagram. As a bonus, Twabbit now uses less data than previous versions, important if you're on a cellular connection most of the time. If you haven't yet settled on a Twitter client, give Twabbit a try.

Here's the official changelog from the previous version:

The developers do note that push notifications (which depend upon Microsoft's servers) are currently gltchy and that they're looking into it. 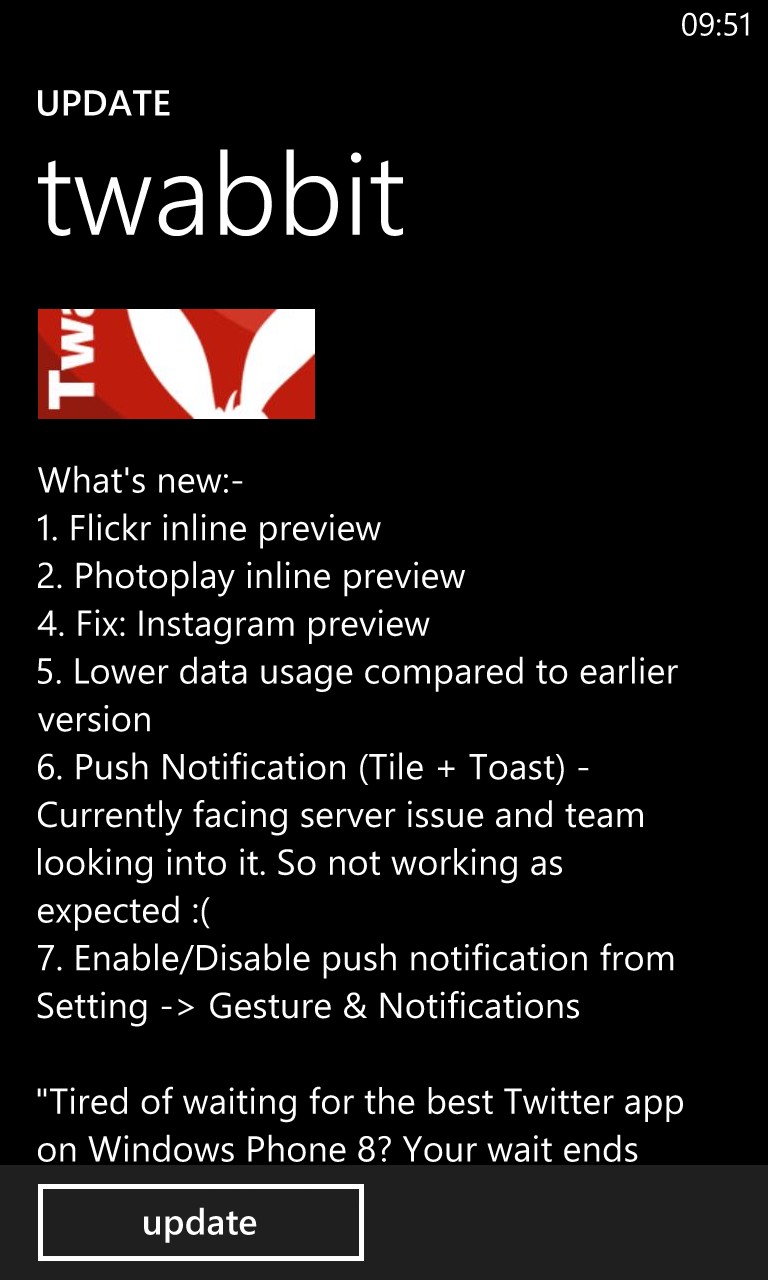 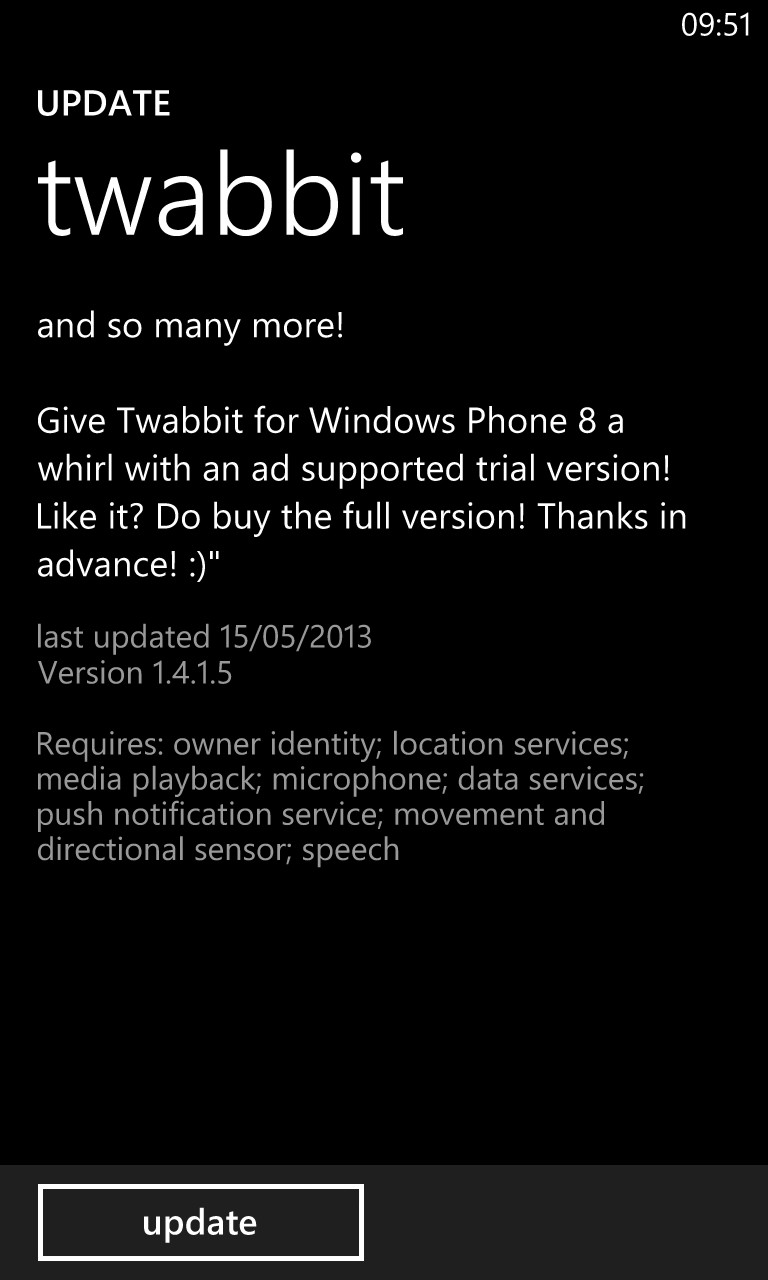 You can grab Twabbit for free, with ads, but I was so impressed that I bought the ad-free version on day one - see what you think! 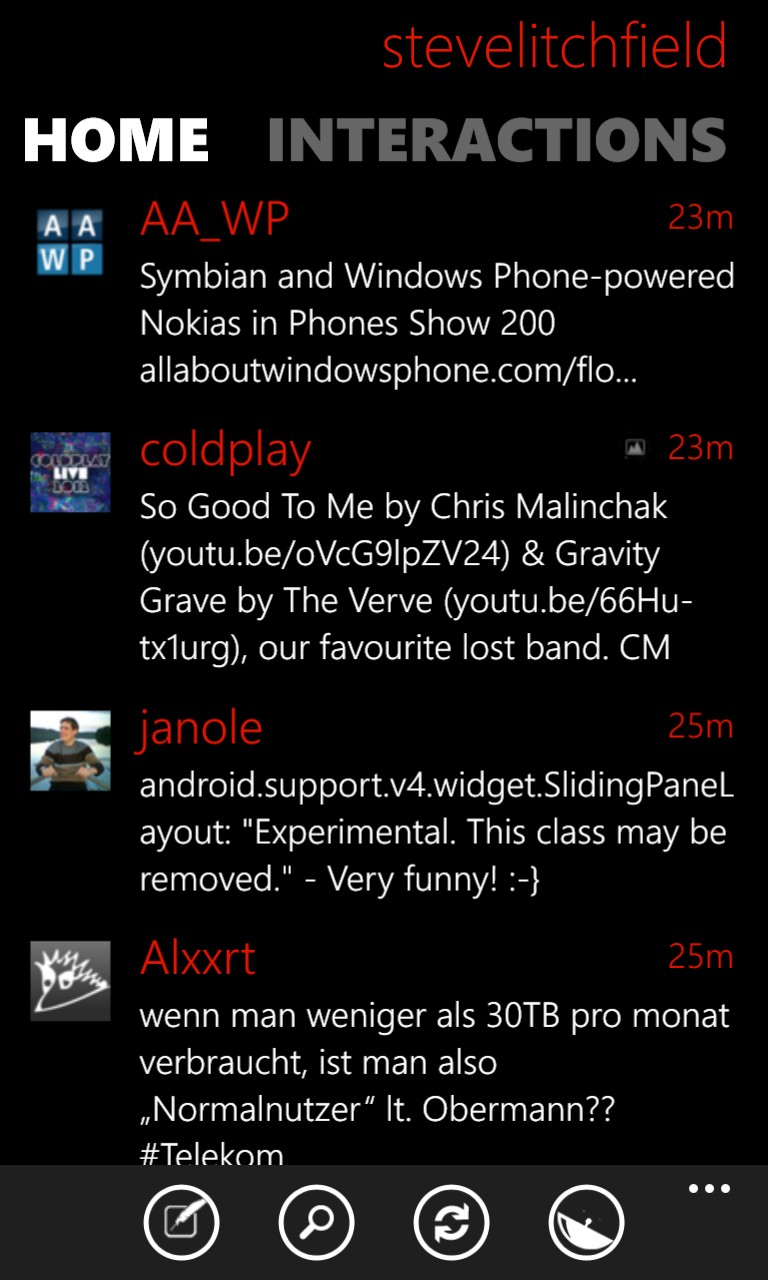 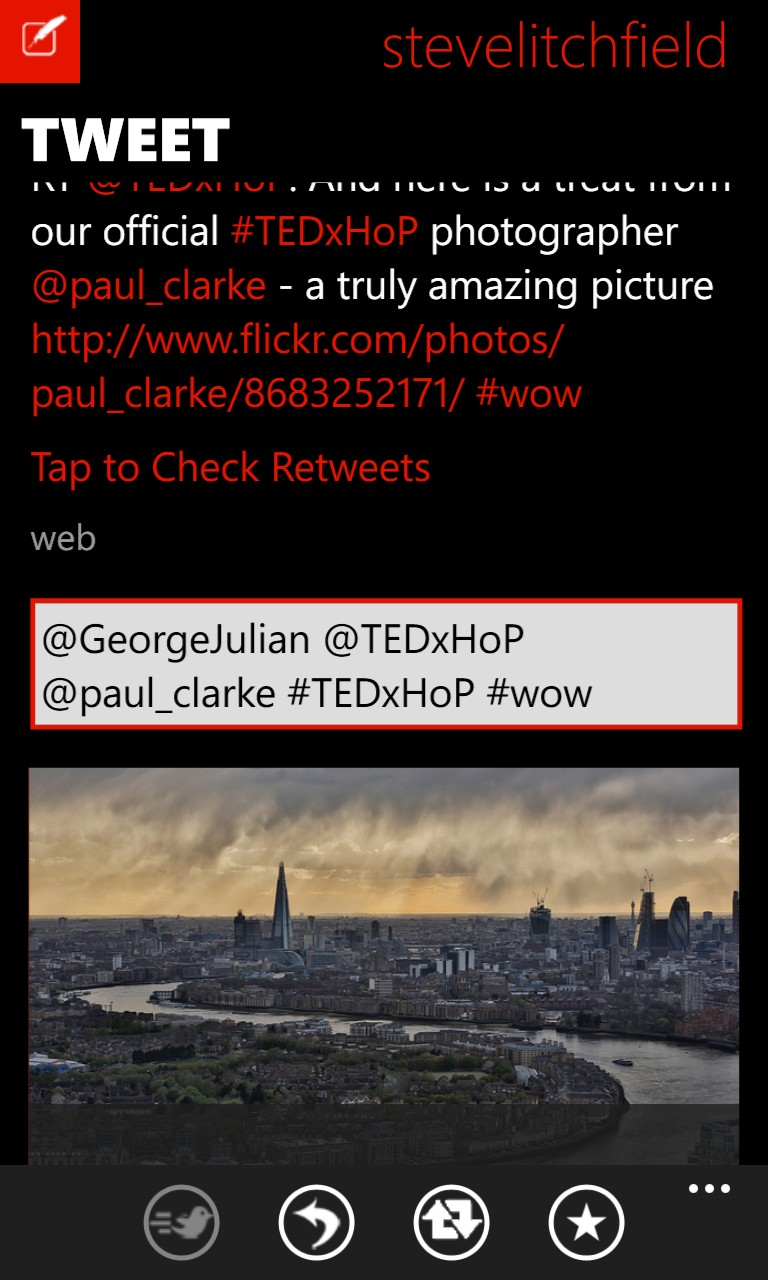 My default Twabbit look and feel, though you can make it look vastly different, according to eyes and taste; (right) showing one of the new inline photo previews, in this case for Flickr.

Specifically, I was first drawn to Twabbit as it let me both have a dark theme (important on AMOLED screened devices) and customise the size of the text used in timelines. The great image previewing and tweet-handling functions are just the icing on the cake.

You can grab Twabbit for yourself here in the Windows Phone Store.

PS. Note that Windows Phone does have some Twitter integration built-in, but the interface is cumbersome (having to switch between the People and Me hubs to see tweets and mentions) and there's no support for direct messages or any kind of intelligent previewing of linked material.