Following on from the recent maps data update, Nokia has announced that it is updating the aerial imagery used on its here.com mapping website. The company says it will soon have "better-resolution images" for 90% of global landmass, with an initial batch covering the United States, Western Europe, and South Africa live from today. The new imagery will also be made available on smartphones "later this year".

In a blog post on Nokia Conversations, Nokia says it is "providing clear, disruption free views on zoomed in levels with better resolution so that you can see more details and fresh maps with more recent images". This translate to cloud-free images and continuous coast-to-coast high resolution aerial coverage.

The new high definition image uses significantly more data that the previous imagery. As part of the update process, and in order to support sustainable future updates, Nokia has undertaken a major engineering effort to re-architect the back end systems supporting the aerial imagery (e.g. image formats and storage architecture). As a result Nokia has reduced storage and operating costs by a factor six. The new system is being tested first on here.com, in order to gain an understanding of real-world performance of the new system, before it is deployed into Nokia's other map channels in due course. 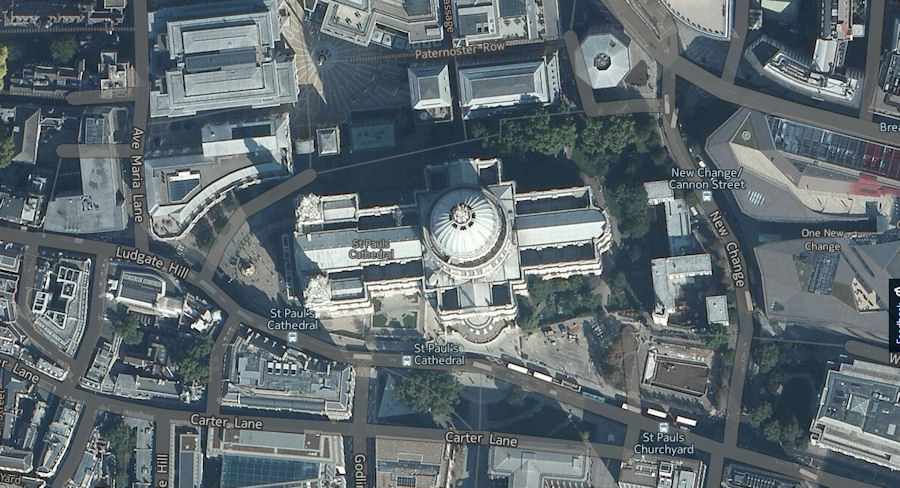 The updated aerial imagery is a major improvement over what was previously available, especially in rural areas. In urban areas, which generally already had reasonable coverage, the improvements are only really apparent when zoomed into to a relatively low level. Nokia believes that improved aerial mapping is important to both consumers (explore new places and orientate themselves) and corporate users (getting a better understanding of destinations for fleet logistics). 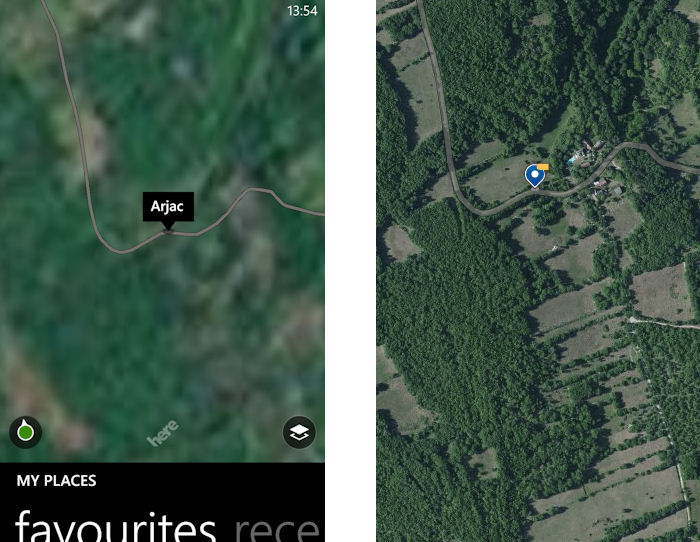 Before and after example from rural France (imagery taken from HERE Maps app and here.com today). 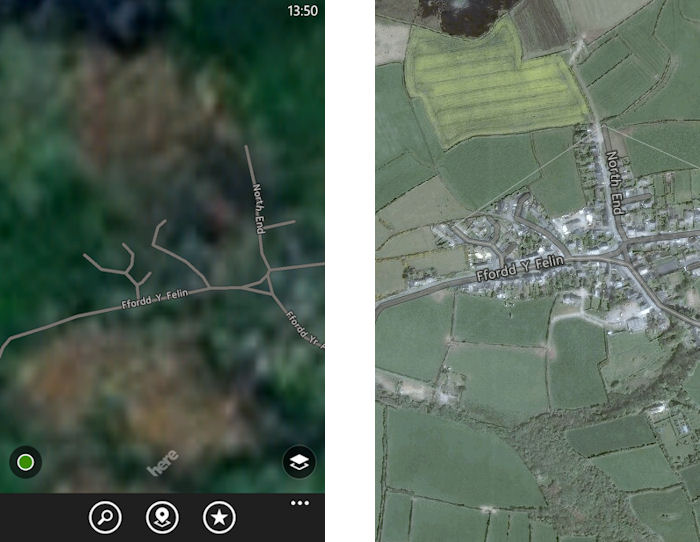 Before and after example from West Wales (imagery taken from HERE Maps app and here.com today).

The updated aerial imagery is part of Nokia's on-going mission to build the world's "best digital map", something that is increasingly looks like becoming a two horse race between Google and Nokia.

Other companies and data providers may have a role to play, but are more likely to be sources of additional or special-use data, rather than full-service offerings in their own right. Open Street Map and Tom Tom are the closet to providing serious competition to the big two, but will find it difficult to match the scale, breadth, and resources of the big two.

Satellite imagery is, of course, only one element of this race, but it is one of the most visual, and along with map data quality and coverage, plays the biggest role in the consumer perception of how "good" a digital map is. It's for this reason that Google and Nokia are continuing to invest money into improving their aerial imagery, just as they are also investing in data collection technologies for street level augmented reality data.