Very exciting today for all Windows Phone users with AMOLED screens - it just got ten times more efficient to browse Twitter - in terms of battery drain, at least. Twitter v3.0 adds the facility to use a black theme as well as the traditional white one. Plus a number of other handy improvements, including notifications for particular Twitter users and lockscreen integration.

Here are a few screens of the new version in action: 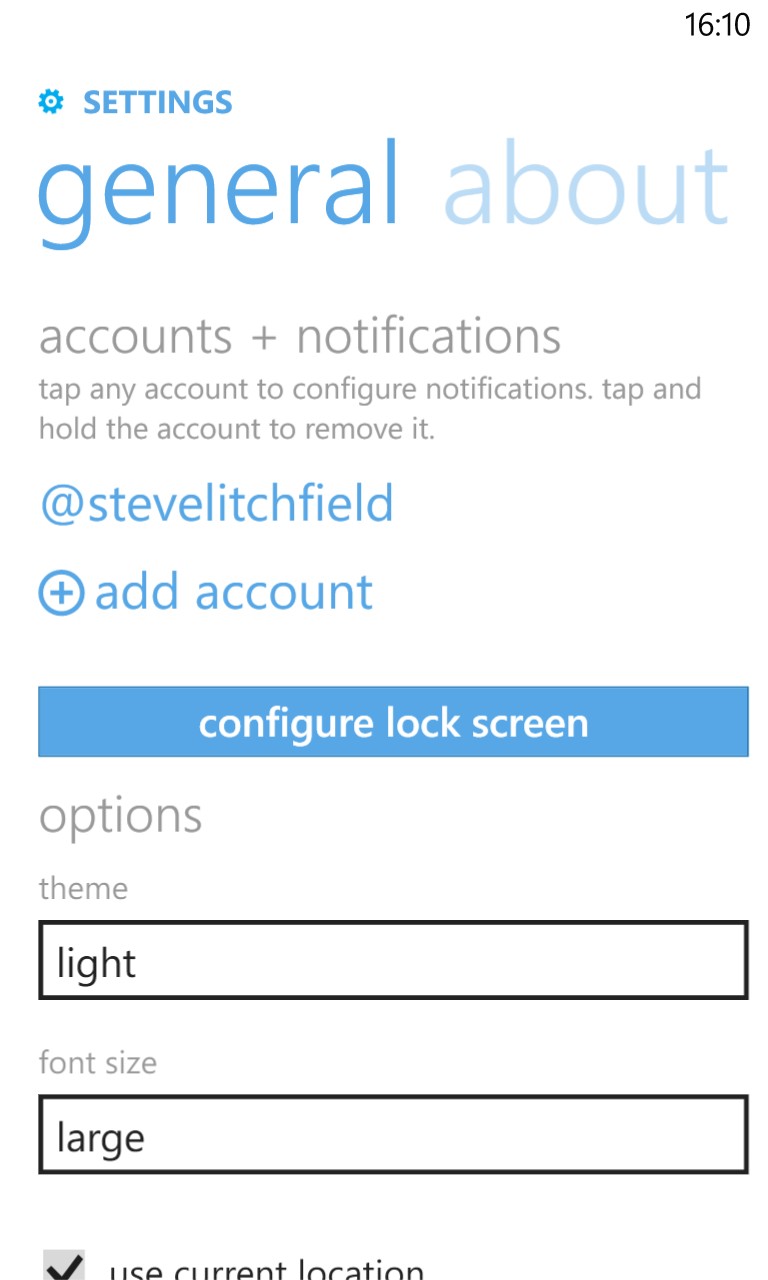 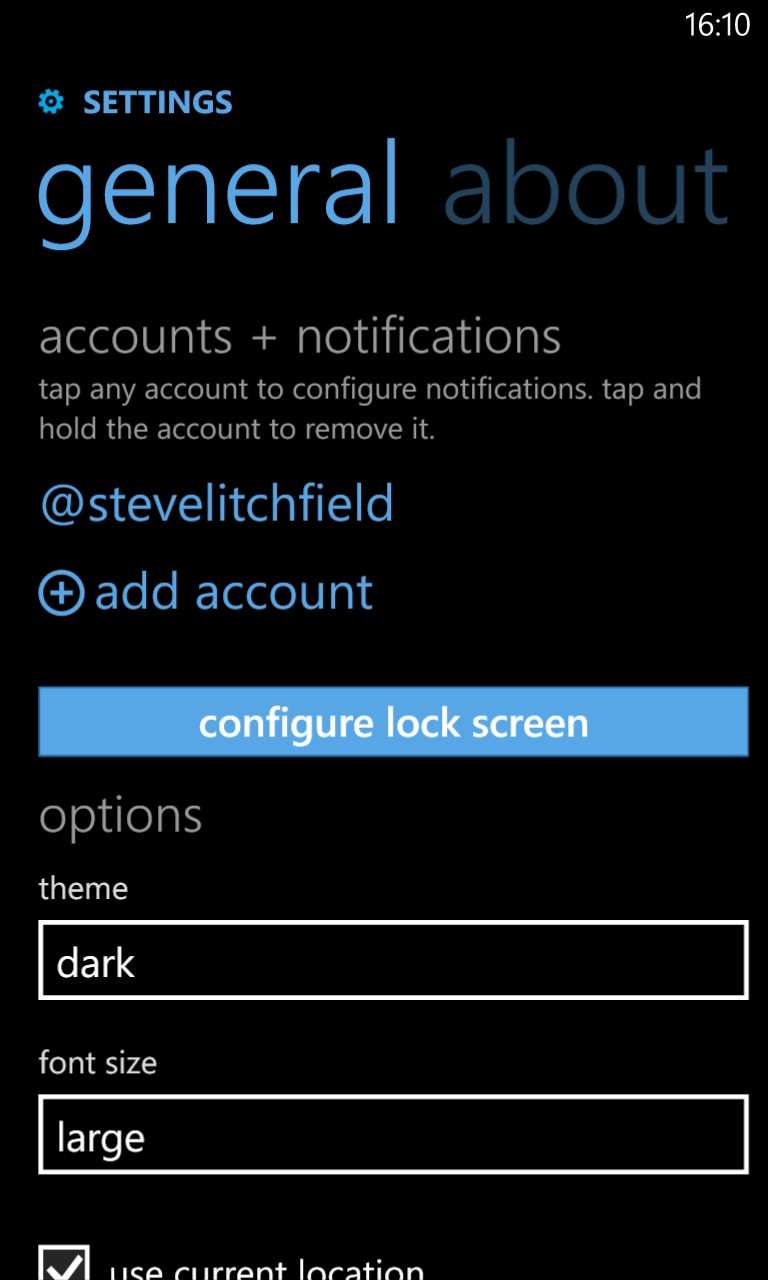 The big one - a choice of themes. Browsing with a dark theme on an AMOLED screen is a huge improvement! And saves a lot of battery power into the bargain. 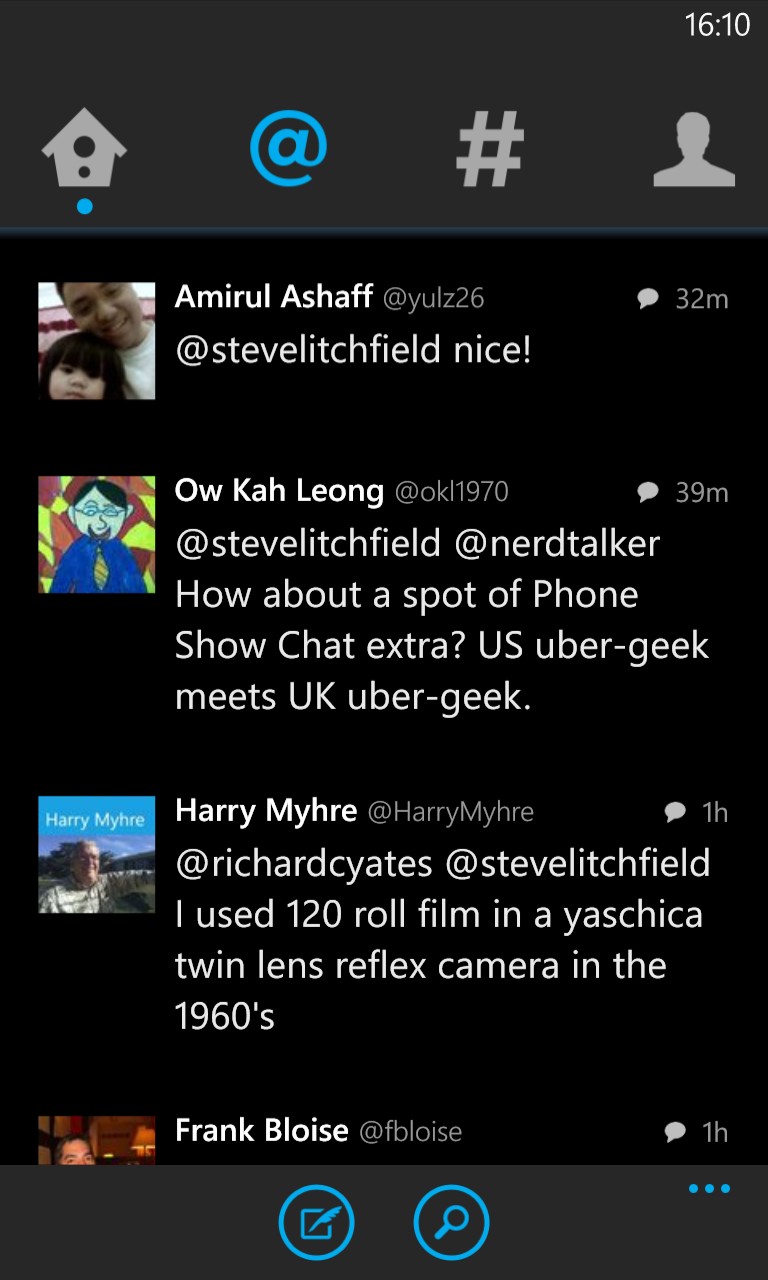 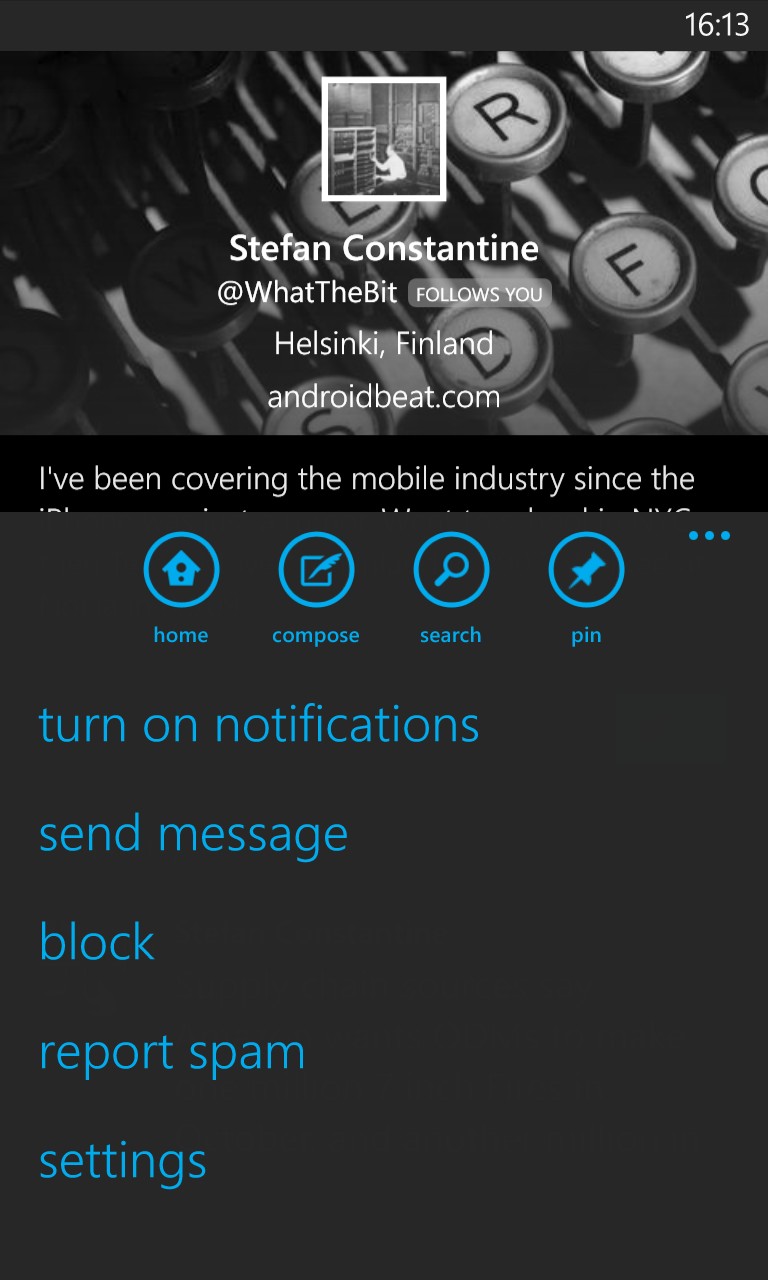 The new dark theme in action (with fonts set to 'Large', that seems to work best for me on my phone - there are three other possible text sizes); (right) 'turn on notifications' for a specific Twitter user gives you 'toast' notifications when they tweet, even if the tweet is not aimed at you! 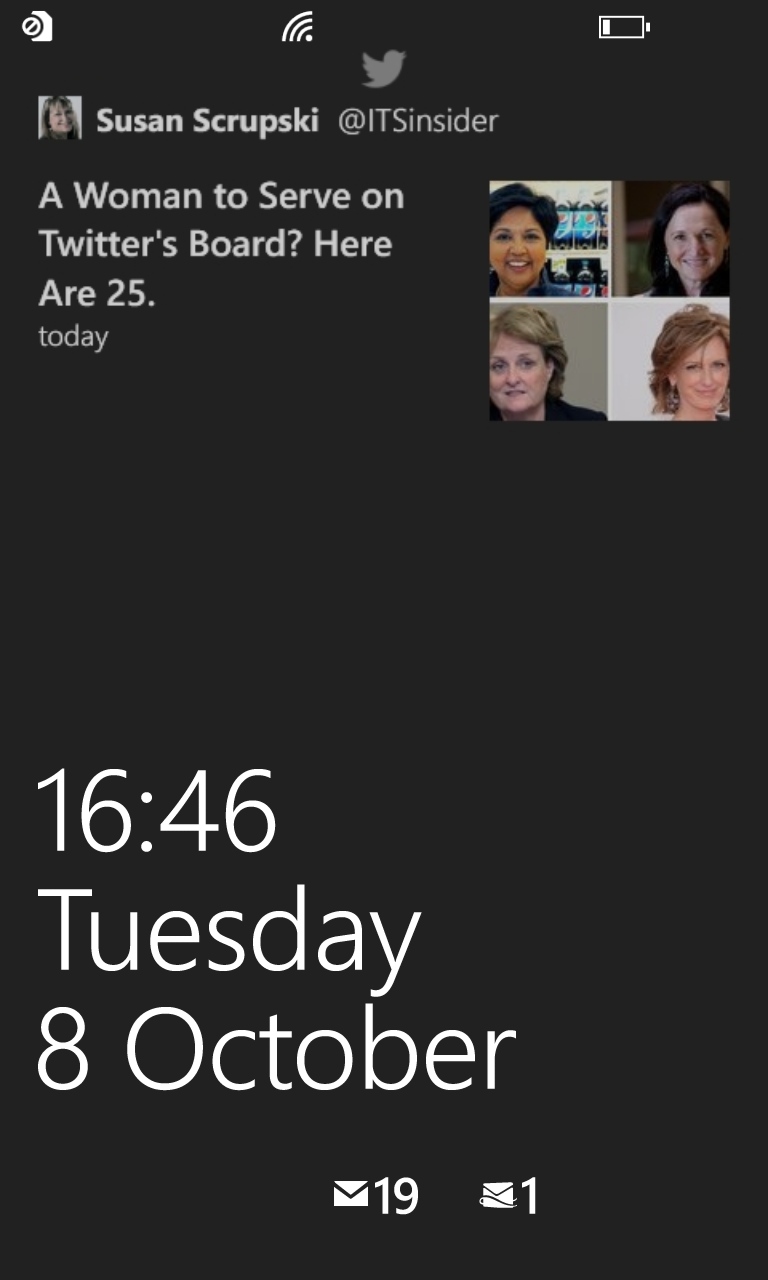 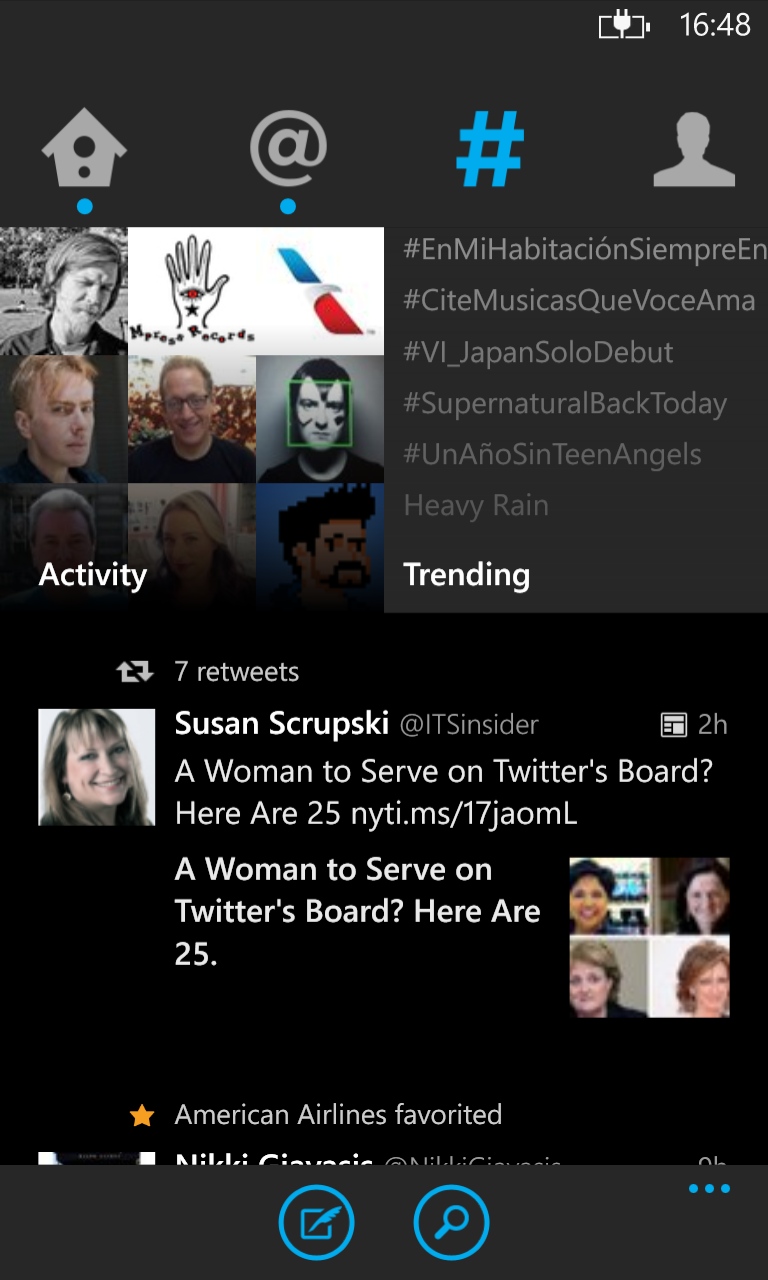 Here's the new lock screen, which is being powered by the 'Activity' page from the Twitter app. This highlights tweets of note that could be important either because of your interactions, or because of the popularity in your circle of friends. It's a good way to be drawn into some fascinating Twitter messages.

You can download Twitter v3.0 or update in place here in the Windows Phone Store. (Ignore any reference to the older version, v3.0 is hot off the press, but the links will be the same!)