Ever used Facebook Messenger? No, neither have I (nor anyone I know), but that doesn't mean it's not popular with some communities of friends and family who are all Facebook natives, saving them money by using Facebook's IM system rather than SMS. With the brand new Facebook Messenger, you can see who’s online for a private or group chat, send a private message, and "bring messages to life with pictures and stickers".

From the official (Microsoft) Windows Phone blog, we get the news:

And the feature list is broken down in the Store description:

The interface is very white, modern and web-page-like: 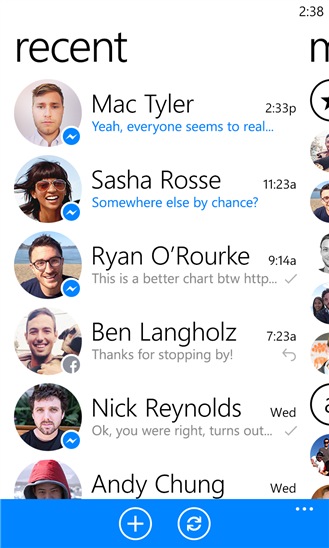 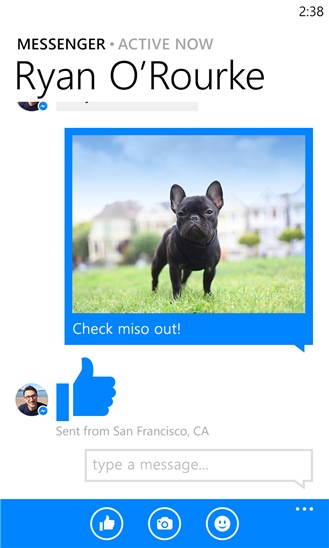 As an observer, it does seem odd that this has been implemented separately from the Windows Phone Facebook integration and separately (as well) from the existing Facebook application. Effectively it's one more application to open up, keep open and check.

Anyway, you can download Facebook Messenger for free in the Windows Phone Store, to try it for yourself.