New shiny update for the Windows Phone Preview for Developers

Being on the Developer Preview programme for Windows Phone, as I know many of us are, is turning into a fairly regular monthly (or so) cycle, with Microsoft releasing another update to the OS, taking it up to Windows Phone Build 8.10.14176. The official changes are quoted below.

From the official Microsoft blog:

For those of you participating in our Windows Phone Preview for Developers, we’ve got some good news as today we’ll begin delivery of an update that will make more new software available to more of you.

Build 8.10.14176(.243) starts rolling today to developer preview participants, and provides a bunch of performance improvements and general fixes. One of the important fixes addresses an issue some folks were seeing during the update process – the 80188308 error – which resulted from running out of storage space in the system partition during update. We expect this fix to solve the update issue for most users..

...We’re also pleased to announce that HTC devices (The HTC Windows Phone 8X and 8S) will now be able to get the Windows Phone 8.1 Update with this new update.

Finally, we know that many of you Lumia users on Developer Preview have been patiently waiting for the Lumia Cyan update. We started delivering the Cyan update to a few Lumia devices a few weeks ago, and are targeting a whole lot more starting today. We’ll continue to add more Lumia devices every couple of days over the coming weeks until we bring everyone up to the latest.

(The bit in brackets is mine and may depend on your region/device.)

As you may recall, I ended up reverting to stock firmware in order to get Lumia Cyan, but it seems that with today's update more devices will now see the Cyan portions of the last update (8.1) without having to resort to such drastic measures.

The update is a quick download but still takes a good 30+ minutes to install, so make sure you have a decently charged battery and some downtime in terms of not expecting any phone calls (etc.) And yes, it's still a mystery why Windows Phone updates take so long to apply - I've had experience with a huge number of smartphones and Windows Phone takes the prize for downtime by a country mile.... 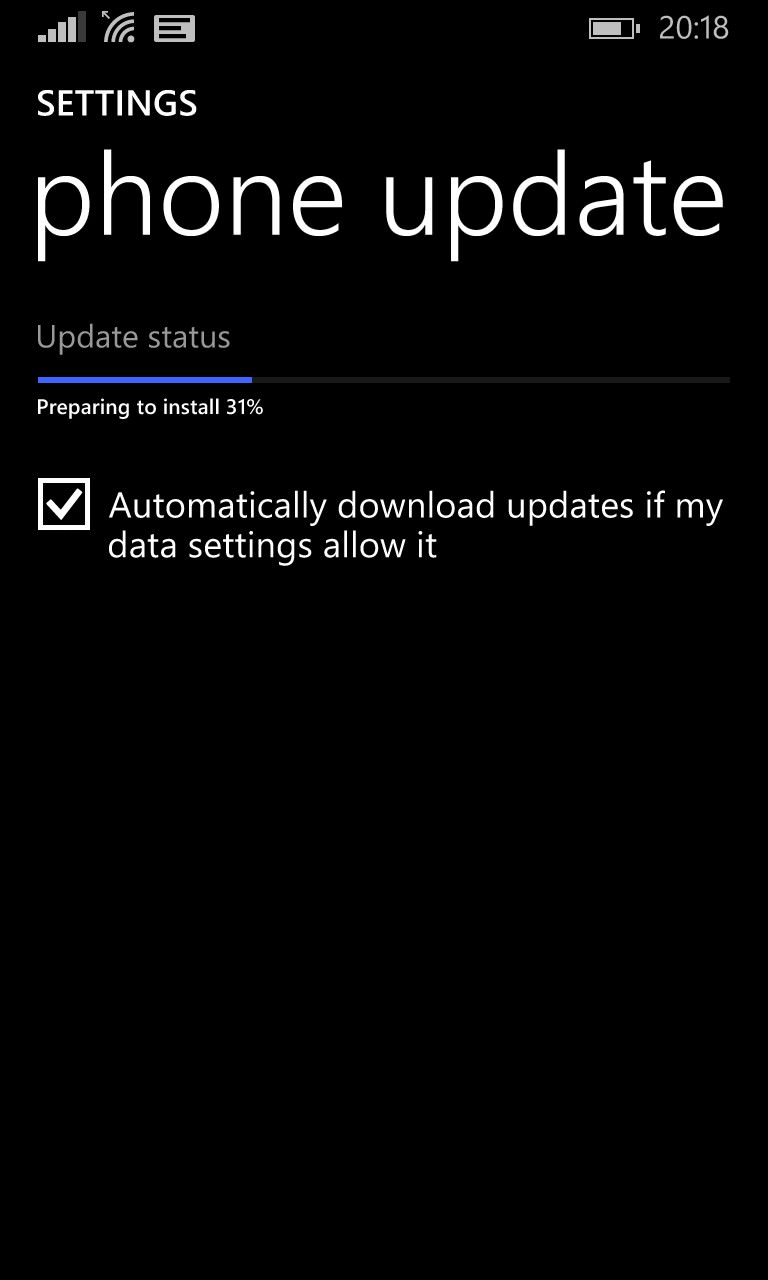 Comments welcome if you notice something concrete other than the above and over and above general optimisations.