Just a quick note to encourage anyone who'd been holding off on the Windows 10 Mobile Insiders Preview that there have been some major improvements on the applications front in the last three weeks. It won't be obvious to you because the last news story was the slightly flawed build 10512, but the strategy of having all major platform applications updated via the Store (including the Store itself, somewhat recursively) has been paying dividends, enabling those working on the new OS's applications and services to update an awful lot of users without even needing a new OS build. Some screen examples below.

Back in the day (early 2000s), every application in a smartphone OS was part of the flashable firmware and any bug fixes required a trip to a service centre.

Then came Nokia's 'Download!' system on Symbian circa 2005, bringing 'essential' (mainly third party) applications and updates, along with, a few years later, Over The Air updates so that users could update their own phones at home - though most things were still bundled into the main firmware image.

Finally, in the late 2000s, the idea of unbundling core-but-frequently-updated applications seemed to take hold, helped by having a reliable application download mechanism in the shape of high profile app stores on every phone and a facility to 'auto-update'.

Nowadays, in 2015, with the latest Android and Windows 10 Mobile handsets (don't ask about Apple!!), we've arrived at the situation where even under-the-hood modules can be delivered via the Store, as shown in the screenshots below. Indeed, almost everything that has a place in an application list now exists outside of the main OS image, or at least can be updated on top of it. Which has to be good for everyone, since we can all stay a lot more up to date in terms of bug fixes and improvements.

A few screens from the Store on a couple of my Windows 10 Mobile-running handsets today (in landscape mode so that you see the full app names!): 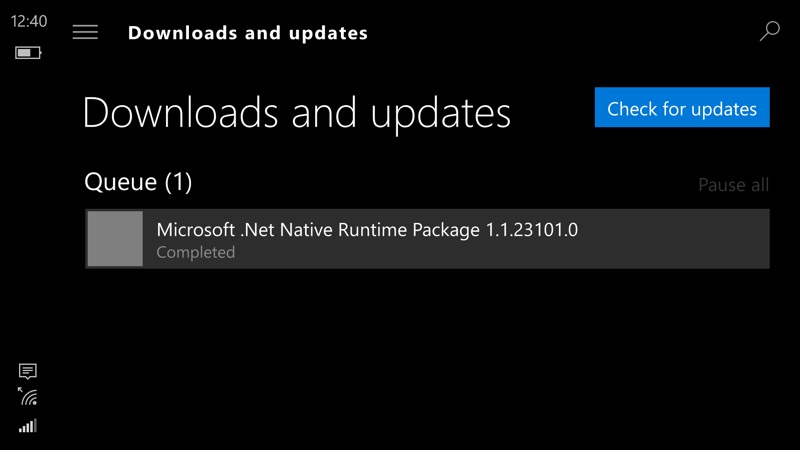 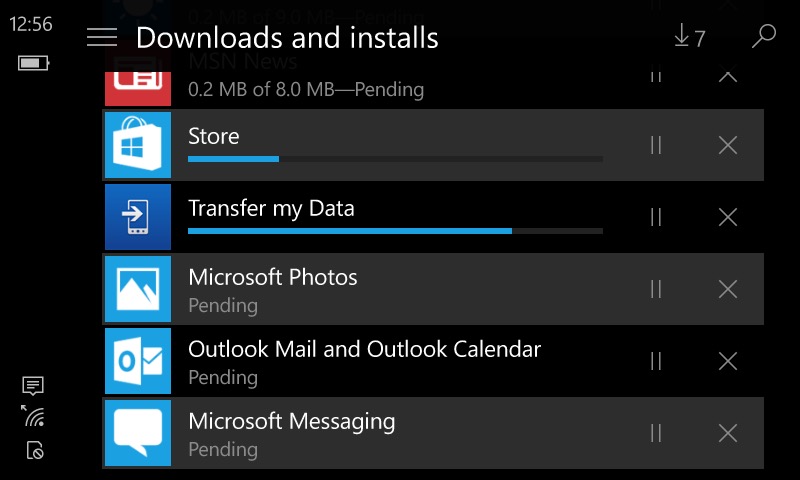 With applications and modules being fixed every day, right left and centre, Windows 10 Mobile really is coming along apace - and is, I contend, more grown up than Windows Phone 8.1.

Of course, if you're not already on the Insiders Preview then you might like to have a look at my detailed tutorial here, taking you from Windows Phone 8.1 to Windows 10 Mobile. There's a new build expected any day now (as I write this), but don't worry too much - you'll get the latest update, of course.