'Messaging Skype beta' for Windows 10 Mobile is part of Microsoft's long-held ambition for Skype to be fully integrated into the platform's telephony, and it's now available in beta form for anyone running the Insiders Preview. In effect, it's analagous to Apple iMessage and Google Hangouts, providing a well known IP-based solution for instant messaging and voice calls in a parallel channel to traditional cellular communications, but all within the one application.

Skype Messaging, Calling and Video *Preview* is a new way to experience Skype features. It integrates individual Skype features where you’d expect them – Skype messaging into Messaging and Skype calling into Phone apps for the fastest way to make calls and send messages. It also adds quick access to Skype video calling. With Skype built in, you’ll be able to reach anyone who uses Skype on iPhones, Androids, even PCs with just a couple of clicks.

As this is a preview release, we ask that you help us make it better by telling us what’s great and what needs some work. To help us identify issues, we will collect logs so we can investigate. Thanks for participating in our Preview program!

I gave it a brief spin, though a more detailed evaluation will probably have to wait until the next major build of Windows 10 Mobile - I still can't manage to live with the Insiders Preview with my main SIM in at the moment, there are simply too many showstoppers. 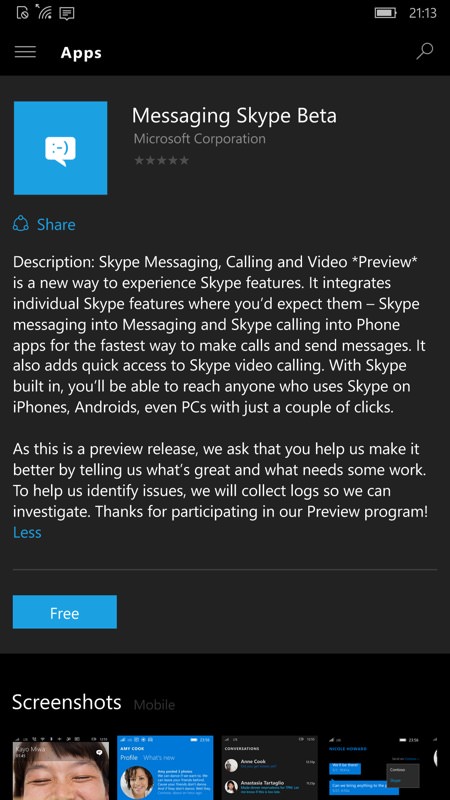 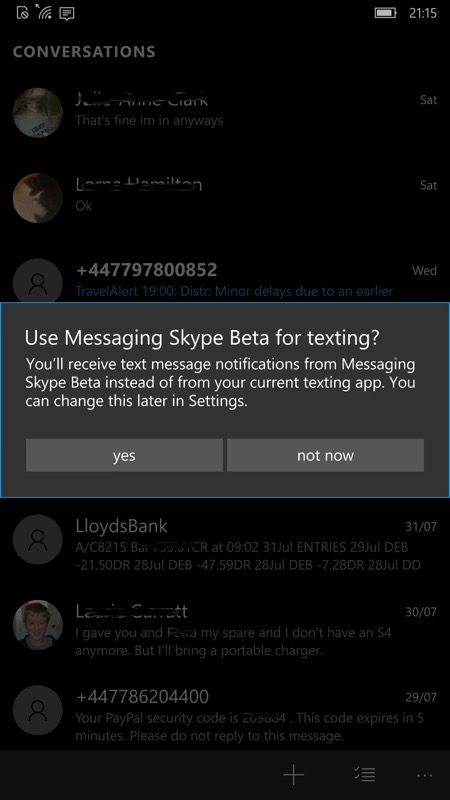 Now available in the Store via the URL linked above, though only for Insiders etc.; (first) when first started up, there's a permissions dialog asking if it's OK to let the new application take over SMS duties. This is, again, much like what happens on iMessage and Google Hangouts. 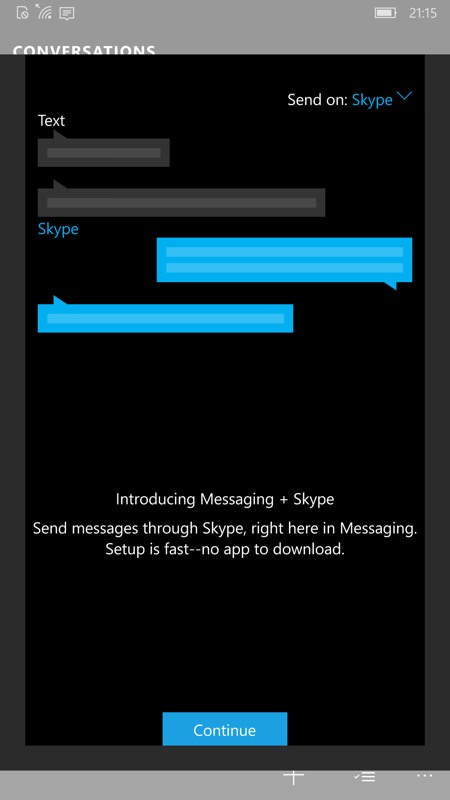 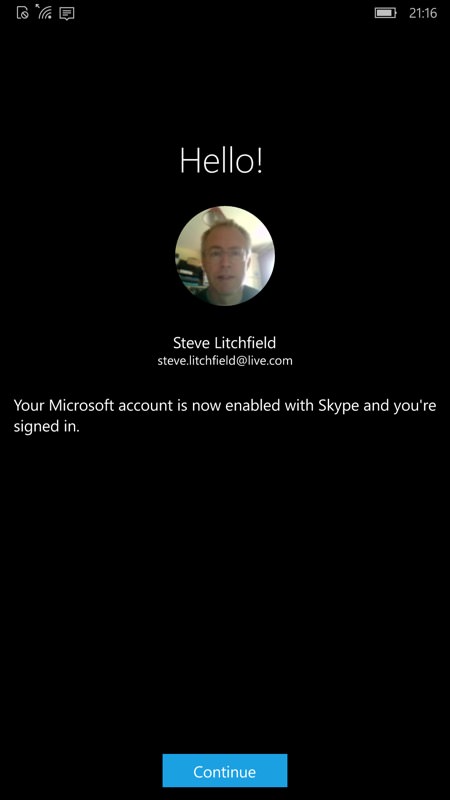 Just one intro screen - it seems as though the Skype application will continue to exist, accessing the same IM and contacts, but with the facility to do video calling as well; (right) there's Skype sign-in handled seamlessly, as you'd expect in 2015 - no entry of any passwords needed on your already-authenticated smartphone. 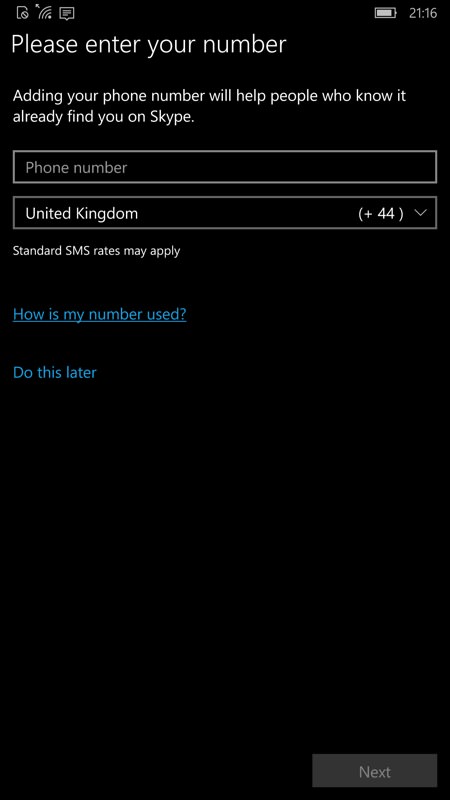 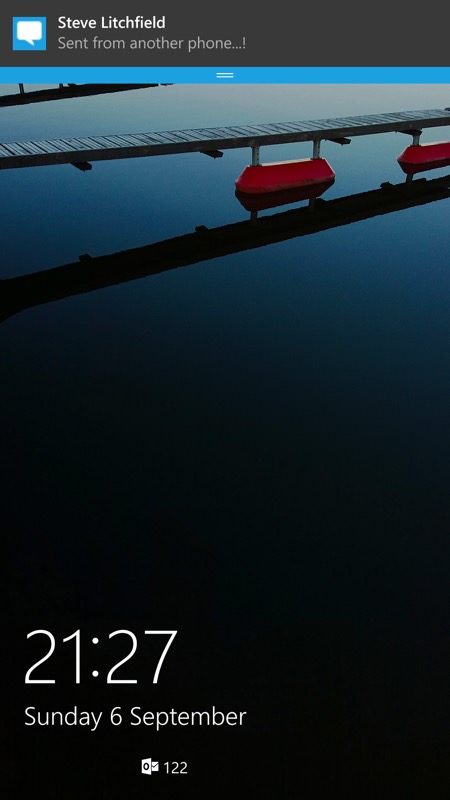 There's hook-up, Whatsapp-style, via phone number and Microsoft's servers - though you can skip this (as I did) if you like, i.e. if you often run phones without your main SIM in! (right) a new SMS arriving via the Messaging Skype Beta, here popped over the lockscreen.