In the UK, at least! Well spotted MSPU - it seems that Microsoft has officially slashed the prices of the Lumia 950 and 950 XL - with the inclusion of a year's Office 365 and a free Display Dock with each (combined value well over £100), they now represent really good value for money. It's not clear whether the big price drop is a strategic thing or whether Miccrosoft is just getting worried about inventory building up. I'd hope the former, since the prices of each device now are a lot closer to what we said they should have been out of the gate last year.

Unlike previous price cuts, it seems like this is a permanent cut as none of the phone’s listings include an expiry time for the deals as of writing this article. However, the deals are, indeed, pretty great as you will also get a free Display Dock when buying either of these phones. In case you don’t know, the Display Dock is worth £79.99, and that’s a really good deal.

Interestingly, the changes haven't yet been reflected in third party retailers. I'd expect the price on Amazon to drop shortly to below £300 for the Lumia 950. Which, considering the prowess of the hardware (especially the camera) and the 'Lumia Offers' extras, would make the Lumia 950 in particular very competitive. 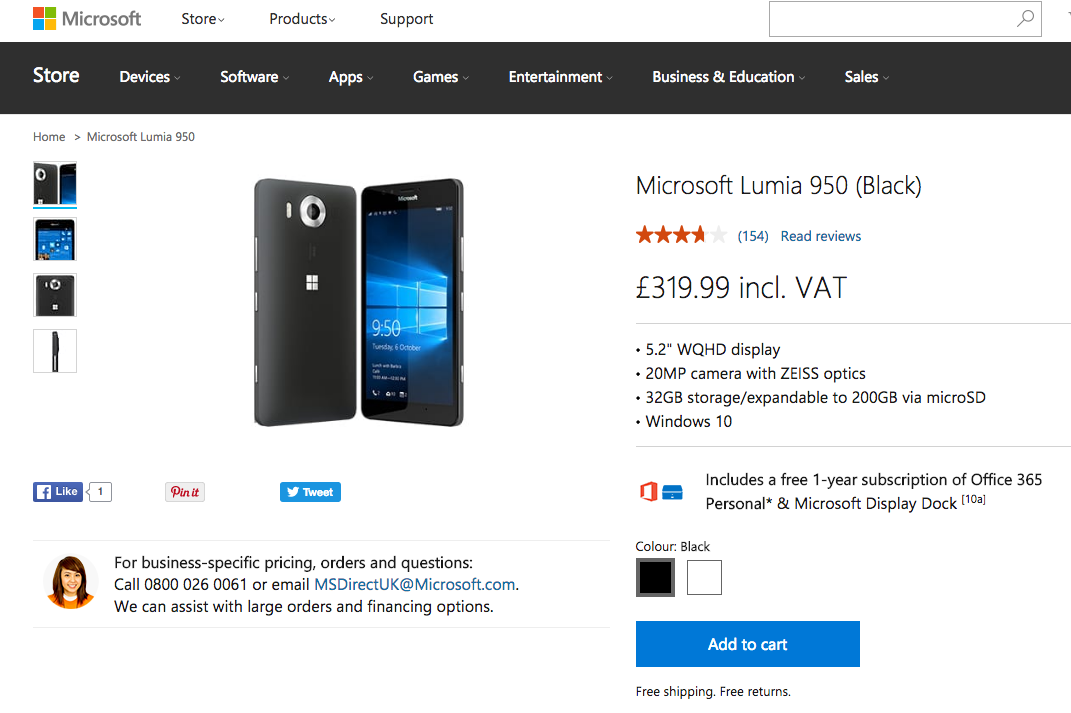 Of course, the competition's coming down in price all the time too, driven by the influx of high specification phones from Chinese manufacturer such as Huawei/Honor and Xiaomi. But it's great to see this latest rather extravagant gesture from Microsoft.