Skype, acquired by Microsoft five years ago, has been a product in transition for almost all its life. As you might expect, given the number of platforms that it runs on, each evolving. A few years back we saw the cessation of updates for Skype for Symbian, followed, a year or so later, by the product simply stopping working. It seems that the old Windows Phone 8.1 Skype app is in much the same boat now, with Skype announcing that they're not going to continue to develop it going forwards and that it will stop working at some point in the future (hopefully with a little notice!)

From the Skype blog:

Recently, we have been focused on transitioning Skype from peer-to-peer to a modern, mobile friendly cloud architecture. By moving to the cloud we have been able to significantly improve existing features like file sharing and video messaging, and launch new features like mobile group video calling, Skype Translator and Skype Bots to name just a few.

The transition has been ongoing for a while and isn’t complete quite yet. The team is working hard to ensure that our users can continue to use Skype smoothly throughout the transition. At times, unforeseen issues have cropped up, like messages not syncing across devices, or delayed notifications. Knowing the impact of these issues for our users, we fix these issues as quickly as we can. We do ask all our users to update Skype to ensure they benefit from our latest fixes and improvements and to enable a smooth transition to the cloud. As we transition, we are making some changes to the devices and operating systems we support...

These decisions are hard to make, but they are necessary as Skype moves forward so we can deliver new experiences on devices that have the capability to support them. As such, we will begin to implement these changes over the coming months. You can check our support site to find out which devices and operating systems Skype will support in the future, but as an example we will continue to support Windows 7, 8, XP and Vista, Yosemite on Mac, iOS 8 and Android 4.03 operating systems....

Investments in core platforms and the web – By focusing our efforts on the devices and operating systems where the majority of our users are, we can concentrate our efforts on what’s most important such as call quality and new features. Our focus will be on the newly released lighter, faster and more responsive UWP app for Windows 10, Skype for iPhone, iPad and Android as well as a web-based native version of Skype for other supported platforms like previous Windows operating Systems, Mac and Linux, which will benefit from the latest ORTC or WebRTC technology that we’ve been working on for the last year.

Looking at all the various links, it's clear that Skype for Windows Phone 8.1 is still supported at the moment, and you'll be able to continue to update it to the current version on a freshly reset Windows Phone 8.1 device, but you shouldn't expect the older platform to be compatible with everything going forwards after October. Newer versions of Skype will be through the new entry in the Store, currently listed as Skype Preview, a UWP for Windows 10 and Windows 10 Mobile.

Having used Skype Preview, I'm not sure that I'd call it light, fast or responsive, but hey, it's still effectively in beta, so let's give it a chance.

How long until the Skype cloud protocols prevent the old Windows Phone 8.1 app from working altogether? I'm guessing a year, about what the Symbian and other previously obsoleted platforms got. But this is probably fair enough (especially if Skype will be better as a result), since anyone still using Windows Phone 8.1 in summer 2017 will be well aware that they're using an OS which is a little past its sell by date.

Commentators online have tried to point out that this move 'leaves behind' 80% of the Windows mobile userbase, but this is twisting the stats. If you look at Windows mobile users who actually USE Skype (i.e. the enthusiasts, the tech-literate) then the majority of these are now on phones from within the last three years, meaning that they can upgrade all the way to Redstone and use the Skype UWP app. 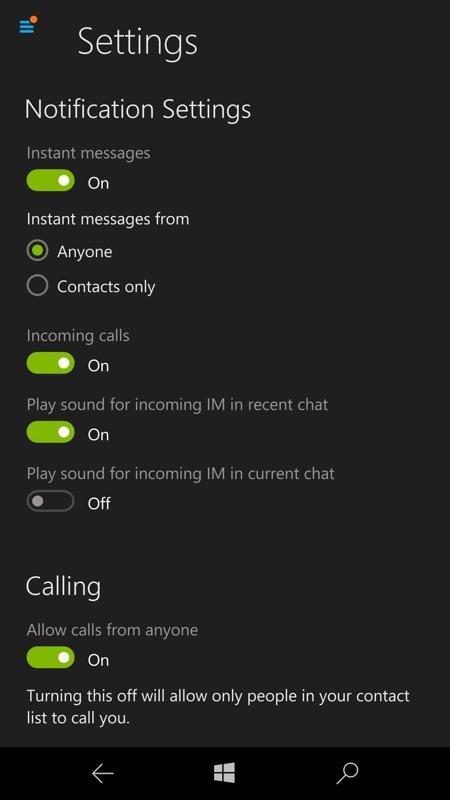 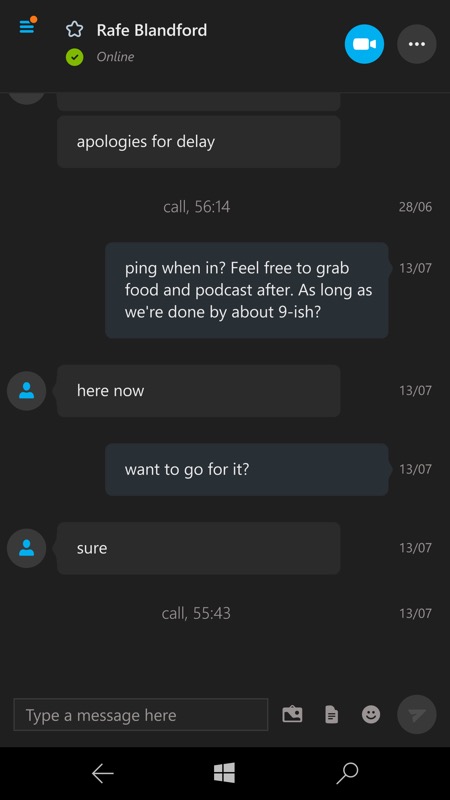