Regardless of the doom and gloom you may have heard, Windows 10 Mobile's new 'feature2' branch keeps getting updates and fixes. This is three build numbers over last week's effort), and features brand new emojis (a bigger deal to many than you might think), plus a fix for the install issue for apps on SD card that some have hit.

For 'feature2', think 'RS2+', i.e. 'Redstone 2 Plus'. As before, the Fast Insiders ring for Windows 10 Mobile is becoming less the 'unstable, early access' ring and more the 'more bugs fixed than any other' ring. There's clearly still effort going into keeping the core of Windows 10 Mobile up to date, in parallel with the internals of the Desktop SKU, and fixing reported issues.

From the Windows blog:

Emoji 5.0: Just like we did on PC, we have added support for the latest Unicode updates – including new snacks, actions, dinosaurs, and even fantasy characters like genies, fairies and zombies – to Windows 10 Mobile in this build. They’re all accessible via both the touch keyboard and the Emoji Panel. We’ve tweaked some of our original emoji designs based on your feedback and to improve consistency with how the emoji is displayed on other platforms (while maintaining our Windows style).

The emojis are accessible using bottom-tabs in the Windows 10 keyboard, of course: 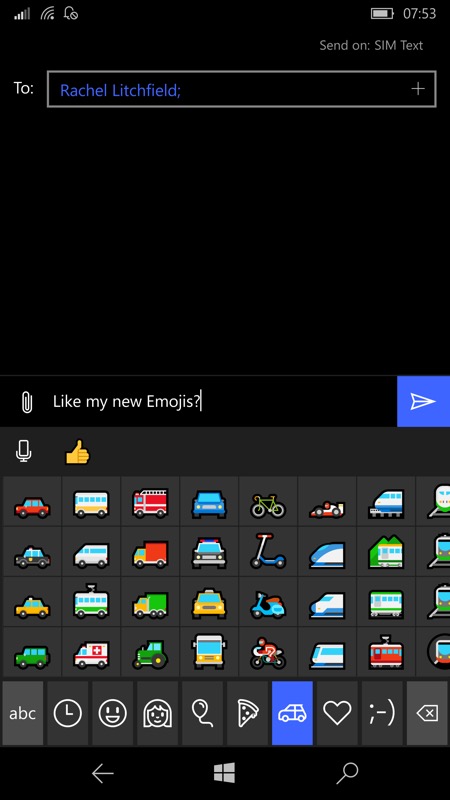 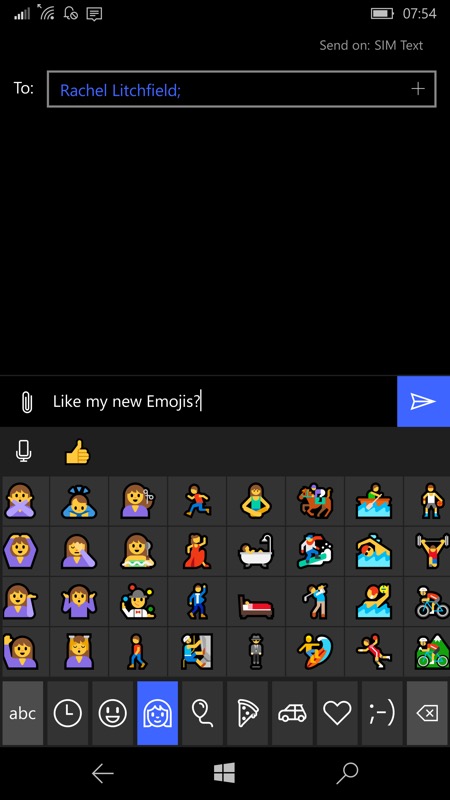 So still issues for Elite x3 owners then, though with HP pushing hard I'm sure the issues will be solved before formal release of this OS branch.

I should emphasise that, in addition, there are always additional small under-the-hood UAP improvements and fixes which are too low-level to report in the Microsoft post.

Note that the popular Lumia 930 and 1520 haven't yet been 'provisioned' for this branch of Windows 10 Mobile. I tried - setting the Insider level to 'Fast' doesn't show up any of the recent 152xx builds. Do ping me if this changes, but I'm prepared at this point to say that these 2014/2015 phones may have reached their plateau on the Creators Update Release Preview ring, which will see critical updates through 2017 and then... no more after that.

PS. See also my feature Windows 10 Mobile and the Future: towards Autumn 2018.

PPS. There's also my feature on upgrade paths for the various classes of existing W10M handsets and the wider grid covering older devices, even though most of these won't be able to take advantage of this (RS2+), even with the Insider programme.