Last week saw the March 'Patch Tuesday' updates for all Windows 10 branches. Except that it was actually Thursday this time round. Even more curiously, phones on the (build) 15063 branch, 'Creators Update', didn't get updated at all. My gut feel was that daily builds were being tried and rejected for this right up to the deadline and, after the weekend, we'd see a build that was passed as fit for update distribution. And this is what has happened with the Creators Update for Windows 10 Mobile advancing today from 15063.909 to 15063.968.

Notably, this is a full 32 builds newer than build .936, which was expected as the one for the March OS update. While not every build makes its way into testing, the numbers do give a clue that some effort was needed to find an update that Microsoft was really happy with.

From the official update notes (curiously for build .966), the changelog for Windows 10 Mobile is:

This is for all those older phones (Lumia 930, 830, 735, 640, etc.) finishing life on the Creators Update (if the user was smart enough to use our (ahem) hack!) As usual, in today's vulnerability-stricken, malware-strewn and fraudulent times, we should never disregard security fixes (e.g. to the Edge browser) though, so update today in all affected mobiles, just in case! 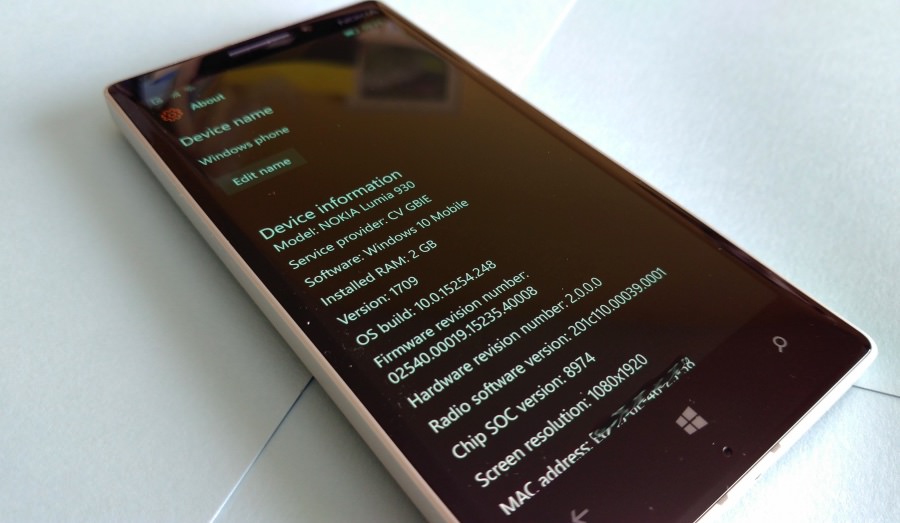