Somewhat unexpectedly so soon after the previous major update, Twitter just rolled out another big server-side improvement for anyone using its PWA - i.e. including all Windows 10 Mobile users, for whom Twitter is a Store-hosted PWA. In this update, scheduled tweets are introduced, plus you can also save draft tweets and come back to them later. Way to go, Twitter!

Here's our previous Twitter update story, only four days ago!

The changelog here is simple:

Pretty cool, and you get all this without having to update the Twitter app on your W10M phone - the change is server-side, as usual

Anyway, here's the update in action: 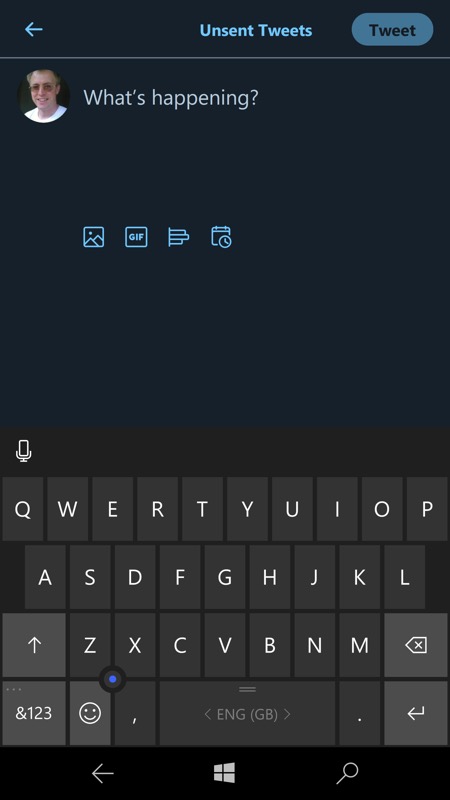 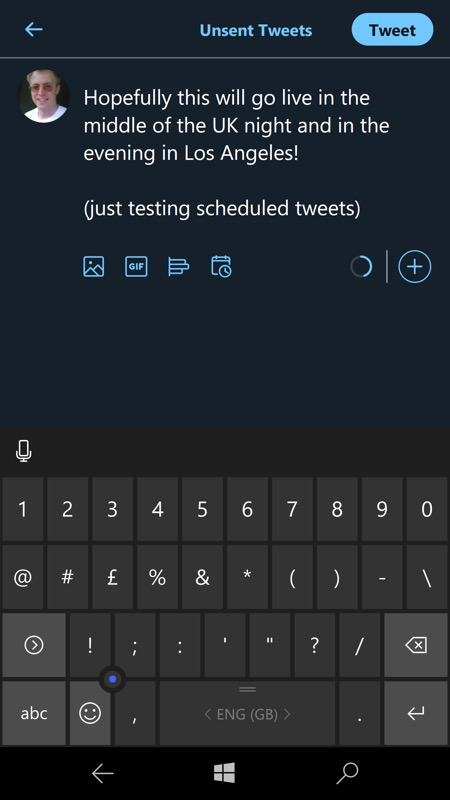 Typing a tweet's text and then backing out gives an option to 'Save', then you can access this later by tapping on 'Unsent Tweets' on the top bar. Here it has restored some previous draft text! And while we're here, note the extra tweet option, the fourth little blue control, showing a clock against a calendar icon. Tap this to get... 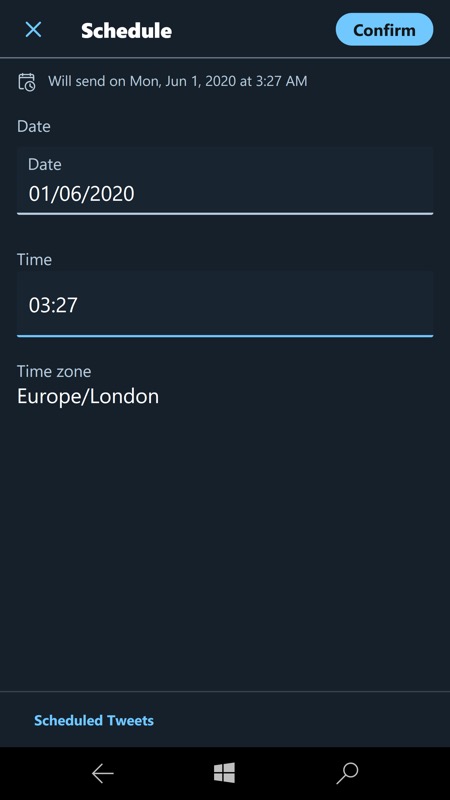 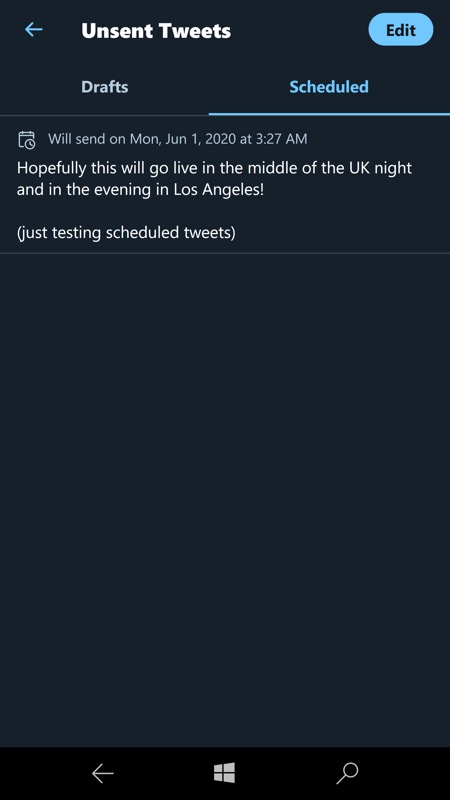 ... date and time pickers, along with time zone. The idea is that you can set when the tweet appears - perhaps you want it to appear for USA people when you're asleep? After tapping on 'Confirm' and 'Tweet', you can see your scheduled tweets again in 'Unsent Tweets', but under the 'Scheduled' tab, as here.