Panos Panay and the 'next generation of Windows'?

In Microsoft's recent Ignite conference, among all the developer sessions (online) there was also a 'fireside chat' involving Panos Panay, where he teased being 'pumped' (Panos is always 'pumped'!) about the 'next generation of Windows'. Which is interesting, since surely Windows 10 is Windows 10 and constantly updated? See what you think in the short 15 minute video, plus there's a link below to Zac Bowden's theory on what Panos meant. 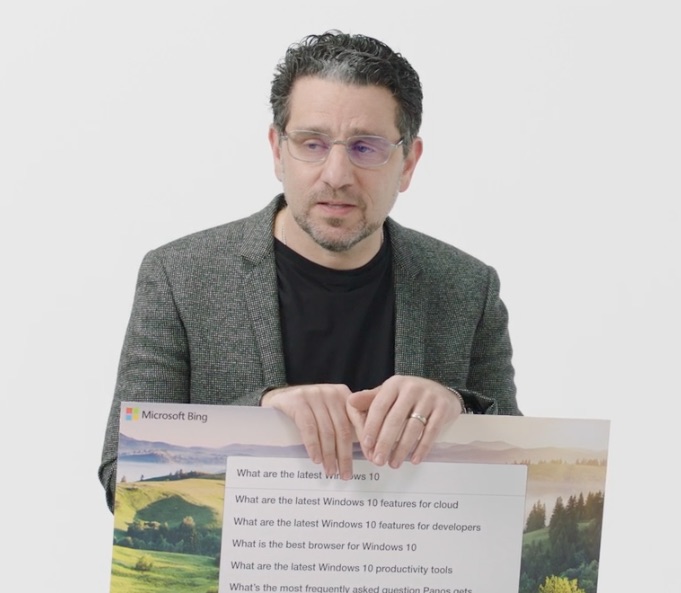 At roughly the 13 minute mark in the video Panos says:

(Windows) is a product right now that more than a billion people all over the world are relying on every day, to work, to learn ... and ultimately to create. And that's what this is about, how we continue to see where technology can take us versus what it does for us today and where is it that we will be and how can technology be there for you, Windows is the core of that.

It's there to light up Microsoft 365 experiences, it's there to light up the devices for OEMs, but most importantly like we talked about it's there for people to connect, create, and ultimately be productive as they need to. We have new features coming—here I got to tell you this—look and I haven't talked about the next generation of Windows and what's coming next, but I can tell you I am so pumped. We're not talking about that today."

Zac Bowden is, as usual, a man with good contacts within Microsoft, so it's worth paying attention to his theory about Panos's words:

Is it Sun Valley or Windows 10X?

On the other hand, Windows desktop is still one of Microsoft's biggest products, and that isn't going to change because Windows 10X is here. I can't imagine a world where Windows 10X takes over as the 'mainstream' version of Windows for at least another five years, and that's being generous...

That's where Sun Valley comes in. Microsoft itself has said that it's planning a "sweeping rejuvenation" of Windows, which will include a modern and consistent UI design, new features, and will make the Windows desktop something that people want to use again. Windows 10 today isn't the prettiest bit of software out there and it's not the easiest to use. This often comes to the detriment of Surface, which strives to build minimalistic yet functional PC hardware.

I reckon Panay wants big Windows to complement Surface hardware in ways that it just isn't doing right now, and that's what Sun Valley is able to bring to the table. Of course, most of the improvements coming to Windows with Sun Valley will be applicable to all PCs running Windows 10 today, but from Microsoft's perspective, their hardware and software can finally ship as one united product that go hand-in-hand.

Which sounds about right. In terms of cosmetics and applications, this next generation of Windows will look and feel similar, whether there's Windows 10X or 'ye olde' Windows 10 (with Sun Valley update) under the hood.

Interesting stuff anyway - I've become closer and closer to Windows 10 on the Desktop (well, on my Surface Go, anyway) as it continues to evolve and improve, and by the end of 2021 it should be in the best shape of its life!

Filed: Home > Flow > Panos Panay and the 'next generation of Windows'?