June 24th sees Microsoft unveiling Windows 11 to the world, with revamped Start UI and system taskbar, here's the link to the live stream, which anyone can watch on the day - it should be a good one, as they say. With Windows 10X (a stripped back, legacy-free, reimagined version) now sadly canned, Microsoft is taking a lot of the UI work from that and introducing it into the main Windows codebase. Hopefully Windows 11 will also mark the point where Windows is finally, finally free, of miscellaneous dialogs and utilities from the dark ages of Windows XP - surey '11' will be all 'modern'? We can but hope. 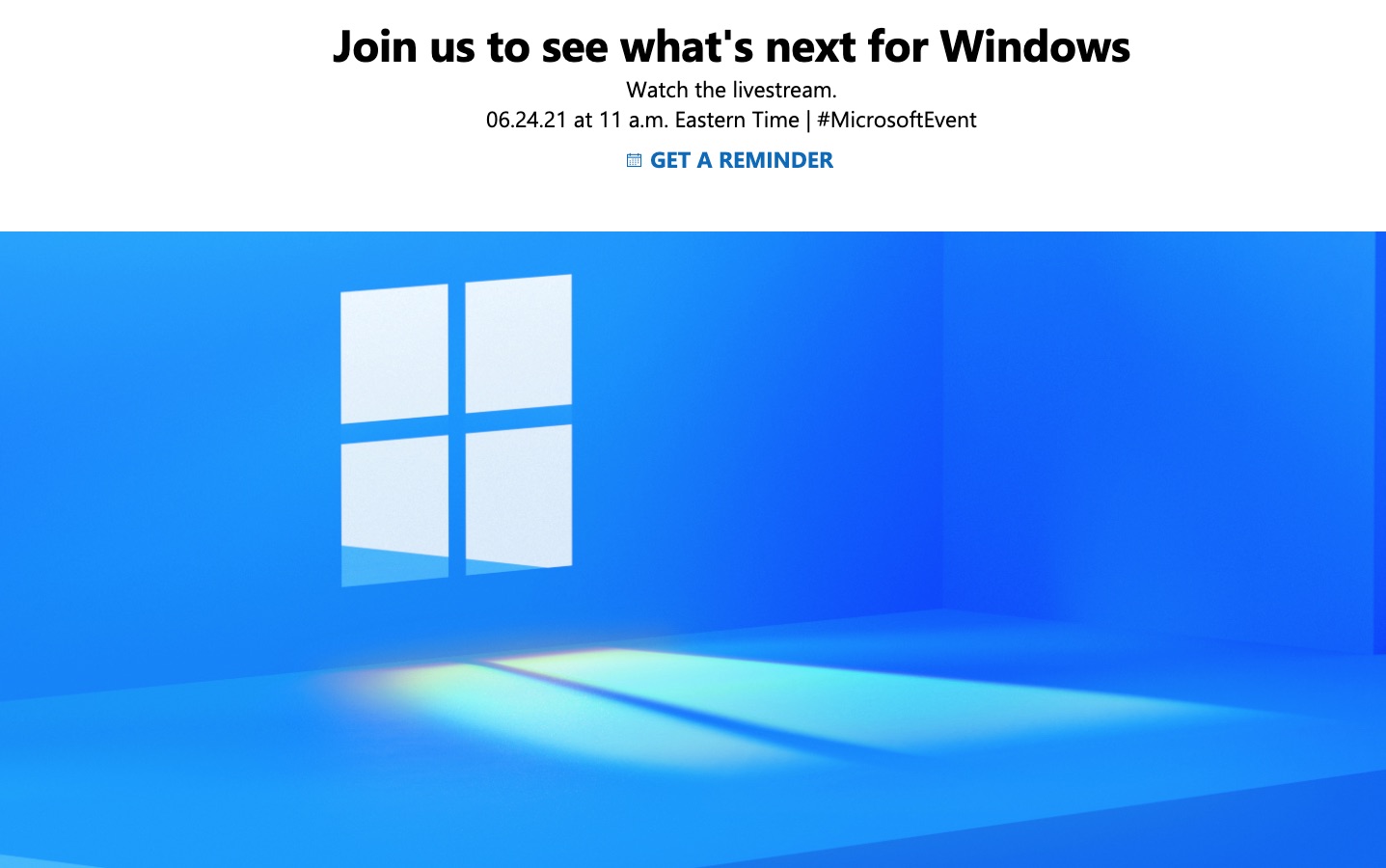 True, none of this has much to do with 'Mobile' anymore, since Windows 10 Mobile stopped getting updates 18 months ago. But it's still of interest, partly because there are plenty of ultra-mobile Windows devices, and partly because most of us have to interface our smartphones with Windows, through utilities like Your Phone and through MTP and drag and drop.

Windows 10 was launched in 2015, almost exactly six years ago, with the promise that this was 'the last version of Windows you'll ever need (to buy)'. Note that I added the parentheses because that is what I believe Microsoft meant. They weren't committing to the number forever, but they were committing to 'Windows as a service', with continual free updates (after all, Microsoft 365 is where the money is these days). In this way, Windows 11 can be thought of as just another free feature pack update to Windows 10, but clearly Microsoft think that there's enough different (or at least refreshed) to warrant plenty of press coverage, re-reviews, marketing, etc. So a new number it is, though I doubt that there will be 12 next year, and so on. I think we'll see Windows 11 for five years or so, too, taking us up to about 2026, getting its own point releases (11.1? 11.2, anybody?) twice a year along the way.

See the livestream link, at any rate, starting at 4pm BST. The new Start screen UI, new gestures for touch, revamped Action Centre, and so on, are all very well, but I want to see 11 as a clean break from the past. By all means run old Win32 apps, but let's have modern interfaces for all the old Control panel settings, for Device manager, etc. Pretty please.

PS. I should add a footnote that the 'Windows 11' name hasn't been officially announced yet, but there's at this point SO much evidence from around the Interwebs that it's now pretty much locked in.