My Android holiday shows the strength of Windows Phone

Time for something approaching heresy on AAWP. I've been using an Android handset for the last two weeks. It sat in the right hand pocket of my waistcoat, while a Windows Phone 8 handset sat in my left hand pocket. Was there a 'winning' handset out of the two? Far from it, the two weeks showed that Windows Phone is right up there in terms of capability with the leading Android handsets.

Why an Android handset? This came about because of a trip to Sweden to cover the Eurovision Song Contest and a need to carry two smartphones. To be more specific, two mobile numbers. My UK mobile number is widely distributed both online, and in the address books of press agents, media representatives, and people booking 'experts' to appear on TV and Radio coverage of the Contest. That number has to stay with me at all times. 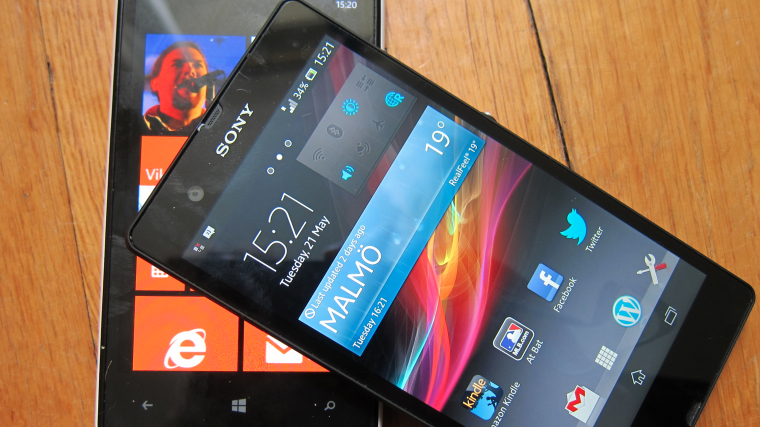 But two weeks of roaming data and calls? No mere mortal can earn that much money. It's far cheaper to pick up a Pay As You Go SIM card with a bundle of minutes and a data allowance. In my case 5GB of data and a generous balance for calls on Swedish network Comviq set me back 300 Swedish Kroner (about £30). With everything already set up on my Windows Phone, and needing to keep the UK number active, I took the opportunity to pop the SIM into the Android powered Xperia T, on loan from Sony's UK PR team.

Let's stress one point here, I'm not in this editorial to set the two phones against each other in a battle to the death, I want to look at some of the differences in the handsets during day to day use.

In terms of core functionality, I'm able to do my job with both handsets equally well. That's true of most smartphones nowadays, and the time has long passed when you had to decide on a handset purely on hardware options. There is a parity in the current devices, at least when you compare handsets at similar price points.

Where did Android shine? Picking up the handset, two Android applications were the clear winners during the two weeks, namely WordPress and Whatsapp.

The instant messaging platform of Whatsapp is a huge success, and is likely being courted by Facebook, Google, Yahoo and others. Tying into your mobile phone number, it allows individual and group chats to be managed, as well as working with the address book if you need to call people. 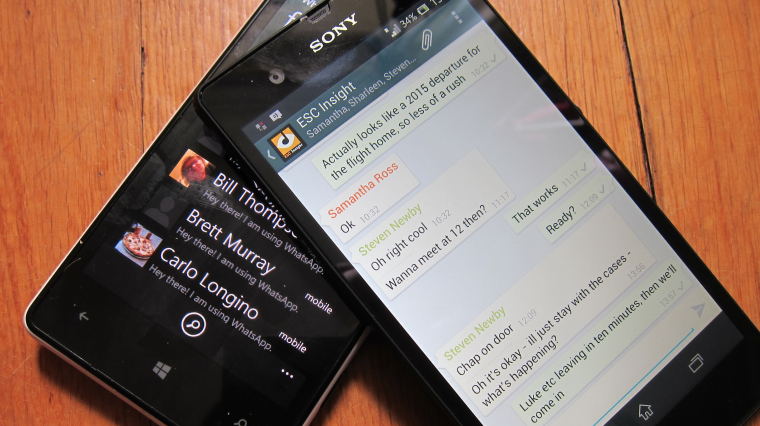 Whatsapp is available for Windows Phone 8 as well, but I felt that the WP8 client was a bit of a kludge. It uses a number of API's in unusual ways to work with the limitations in Windows Phone 8 and running applications in the background. It works to a certain extent, but Android's version felt far smoother and reliable in operation than Windows Phone. And when I'm on the ground reporting an event and managing a team of writers, reliability is right up there as a desirable feature.

The other app I found that was a more pleasant experience on Android was the official WordPress client. Almost every function that is available on the Windows Phone version was also available on Android. The one improvement was the Android version giving much better access to my traffic statistics that the poorly laid out version on Windows Phone.

I felt that WordPress on Windows Phone was relying too much on the UI formerly known as Metro, and unlike a social media client such as Foursquare (or even the Facebook client), they were sticking rigidly to the traditional panorama view and not exploiting the flexibility the UI allows. Thankfully, the latest build of WordPress for WP includes a rich text editor, which brings that part of the app up to par with Android.

...in the Windows Phone pocket

Windows Phone had its own wins against Android as well, although it's noticeable that the strength came from the core applications that are part of Windows Phone 8, alongside the first party software provided by Nokia.

HERE Maps, hands down, was the biggest success. Saving local copies of the map data meant that the maps loaded far faster, and in use it was clearer and faster on the Nokia. Tie this in with the local Bing search and navigating around Malmo to find various hotels, bars, and clubs, and I instinctively reached for my Lumia first.

By the way, one handy tip to keep data costs down when roaming - don't forget you can put one device into 'wifi hotspot' mode for the other device to piggy back on the data allowance. 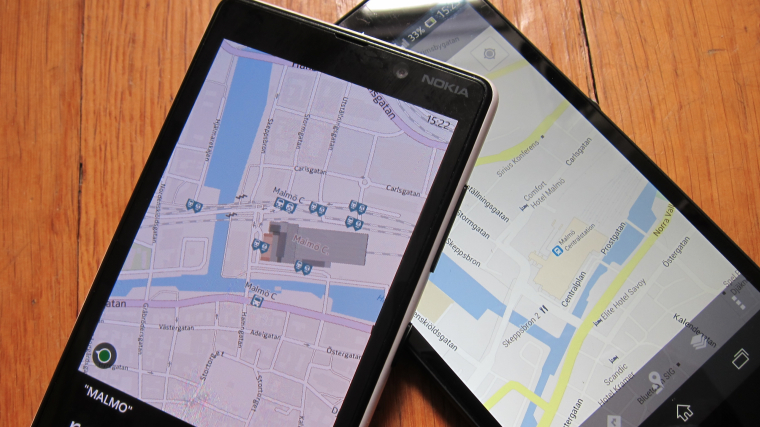 The other major win was in the camera. I could lift the Lumia 820 out of my pocket, hit the camera button, take a picture, and be done far more quickly than on the Xperia. Because of the physical camera button, it was an easy one-handed operation on the Lumia. The Xperia, due to placing all the controls on the touch screen, pretty much demanded a two-handed hold to take a picture.

Finally, the big selling point for Windows Phone - the live tiles - once again proved their worth. One glance at my start screen and the incoming emails, missed calls, and texts were on show. Third party apps such as InTheKnow showed me my web stats in a far more accessible way than the WordPress WP client, and the major Eurovision news websites were gathered in a single group in the People hub, and subsequently pinned to the start screen.

Trying to provide a definitive answer on 'which handset was better?' is an almost impossible task. I could easily select criteria that would allow either handset to 'win'. Frankly, if I had just one handset, I could make a strong argument that either would be sufficient for what I want in a mobile device.

I know that some of you will point to the third party apps and say that this makes Android the winner. I know that others will point to the strong built-in software and UI presentation in Windows Phone and hand the gold medal over because of that. You'd all be right, and you'd all be wrong. Windows Phone has taken some time, but right now I'd say that for the majority of smartphone users, a Windows Phone handset would be able to cope with almost any task that they want it to do. There are blind spots (I'll say it, Instagram), but they can be covered with other tools. And don't go thinking Android doesn't have its own blind spots either.

The argument that Windows Phone is somehow deficient? Forget it, the technology is on a par with Android and iOS. The challenge for Microsoft and its partners now is to tell compelling stories about the products, inform the public of the relative strengths, educate the media, and make the hardware entertaining, exciting, and attractive.