If you, like us, have been using a Nokia PureView oversampling device like the Lumia 1020 or 1520 with the Windows Phone 8.1 Developer Preview then you'll have noted something rather odd. The photos backed up to OneDrive automatically are the full 34/16MP versions (at 16:9) rather than the 5MP oversampled versions previously sent up the virtual wires under Windows Phone 8.0. As it turns out, after talking to the people involved, Nokia (and Microsoft) are changing what's supposed to happen, as explained below.

Here's what happened when using, for example, the Lumia 1020 under Windows Phone 8.0:

You therefore ended up with two 5MP versions of your photo online in your cloud storage - the original shareable version and the reframed one.

This system seemed to work quite well, but it seems that Nokia has been having a change of heart as to what's best overall. Possibly sparked by almost no one ever sharing directly from their OneDrive - i.e. the only real point to the upload was a backup/archive for your own security.

With that in mind, the possibility was looked at, that your device might get broken and 'all' you'd be left with, for your photos, would be the 5MP versions on OneDrive. What if you later wanted to pluck out extra detail or zoom in or crop in? The high resolution originals would have been lost.

On the OneDrive web site, images are scaled and handled gracefully, so there's no performance penalty, and you have the highest resolution originals in the event of disaster. Of course, if you want to download and edit them you'll need a slightly more powerful desktop computer (than before), but this is unlikely to be a showstopper.

Following a reframe of such an image, i.e. producing a new local 5MP framing on the phone, the intention is that Windows Phone 8.1 will then auto-upload the reframe as well, but (obviously) in 5MP resolution only - after all, the original is already on OneDrive.

A good question (just pre-empting the comments here) is "What happens if the user chooses to capture in the (non-default) '5MP + DNG' mode?" In such a case, the 5MP JPG image is uploaded as-is, the presumption being that the user probably doesn't want many tens of Megabytes of RAW images using up his or her OneDrive allocation at a rate of knots.

This all seems pretty well thought out, but there's one current, and hopefully temporary, fly in the ointment: the Developer Preview of Windows Phone 8.1 is buggy and, after reframing, just re-uploads the full resolution original again. So, in a case where you play with an image, trying out multiple reframings on the Lumia 1020, 1530, Icon and 930, you currently get multiple duplicates of your original, clogging up your OneDrive: 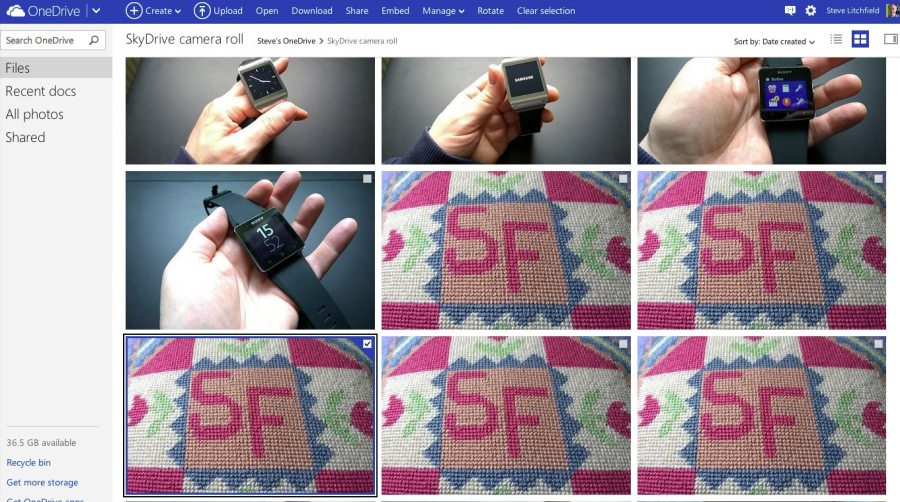 In addition to this article, I've also reported this bug to the relevant people, so hopefully it's somethat can be sorted out by the time Windows Phone 8.1 appears as an official update (with the Lumia Cyan software layering, of course) in a month or so.

[update] This seems to have been fixed in the latest Nokia Camera Beta release!

Comments welcome then. What do you think of the new schema for auto-backup? Does it sound about right? I'm sure Nokia/Microsoft would also be grateful for any feedback here!