Anatomy of a Lumia photo #4: Lake side

My series 'Anatomy of a Lumia photo' (here's #1!) has proved popular, even though I cheated with the HP Elite x3 instead for #2. #3 had a lovely clock and here goes another hopefully good photo, reverting back to the Lumia 950 XL again - this time, framing is the key theme. 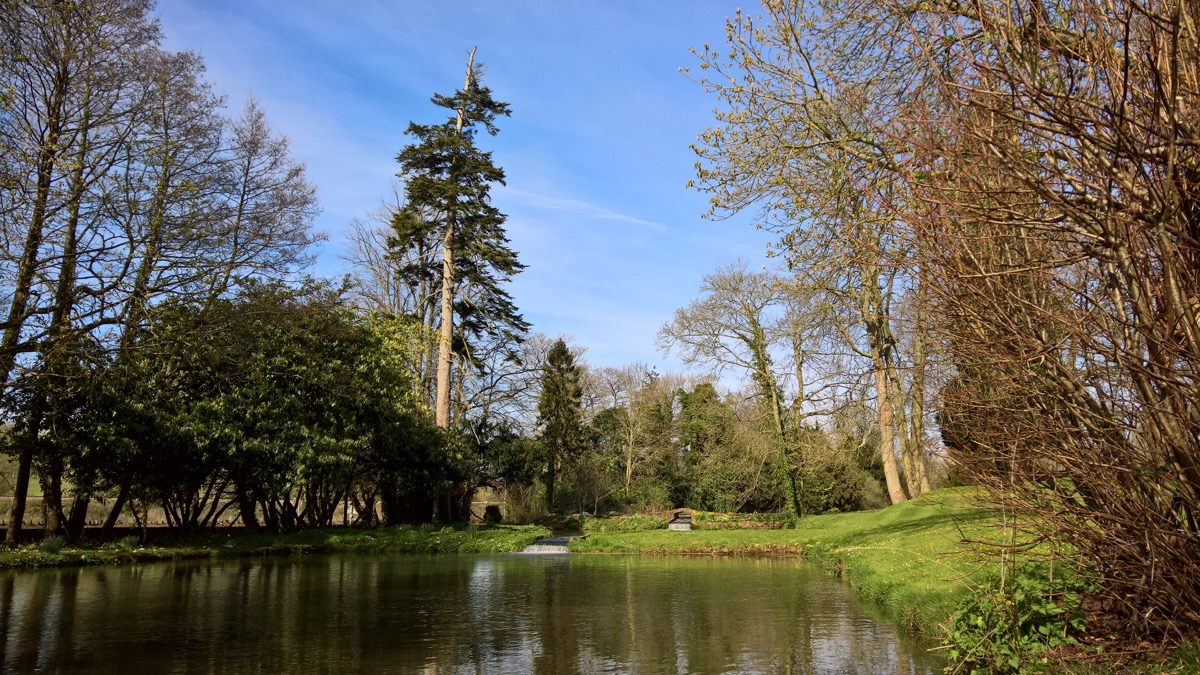 I love shooting near water, yet I don't live near a coastline, so I'm largely restricted to lakes and ponds, as here. I love the stillness and freshness and, in bright Spring weather, wanted to convey this in a photo. I'm pleased with the result, but wanted to take you through the short series of steps in my mind, when thinking about how best to photograph this scene (at Cedar Falls, a health resort in Somerset - technically I guess I was trespassing when shooting this final scene, but hey....!)

Here's my original sight of the resort's lake, by the entrance: 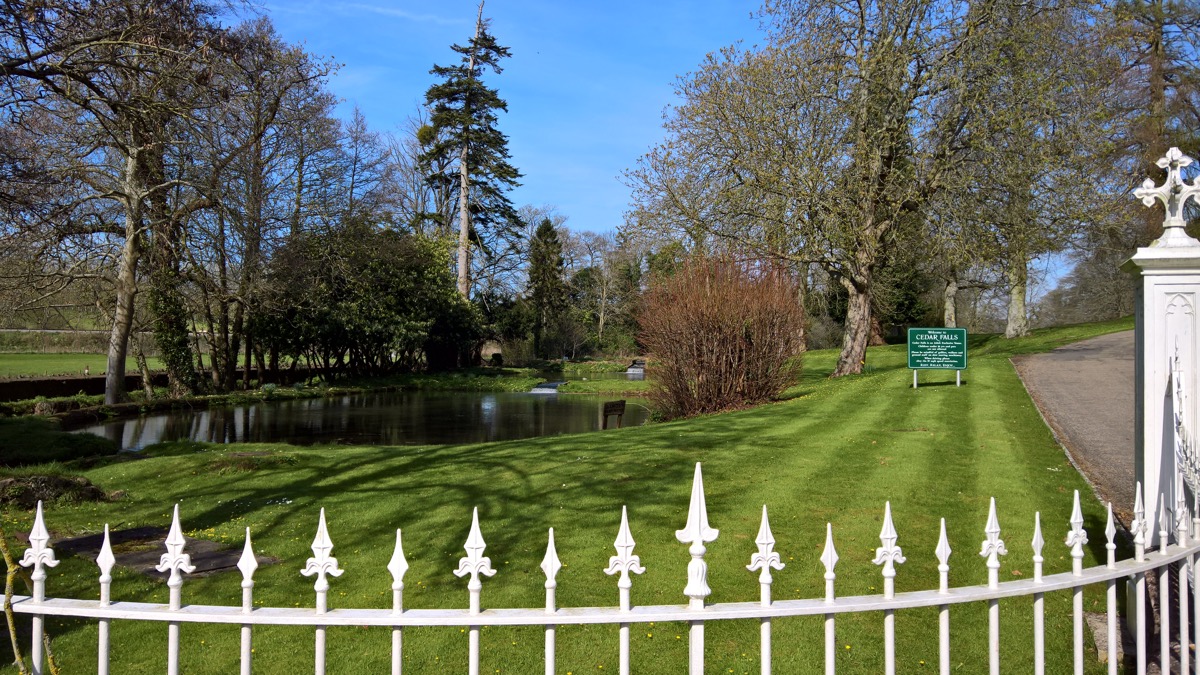 With the low Spring sun this certainly made for an attractive subject and, to an extent, the white railings make a natural frame. But I felt that the water, my central subject, was just too far away and not important enough in the photo.

You'll have spotted that the lake is one of a series, joined by small waterfalls, an attractive feature, and I've snapped the scene with the falls more or less 'in line' before. Just for reference, I moved about 20m to the left and snapped this shot: 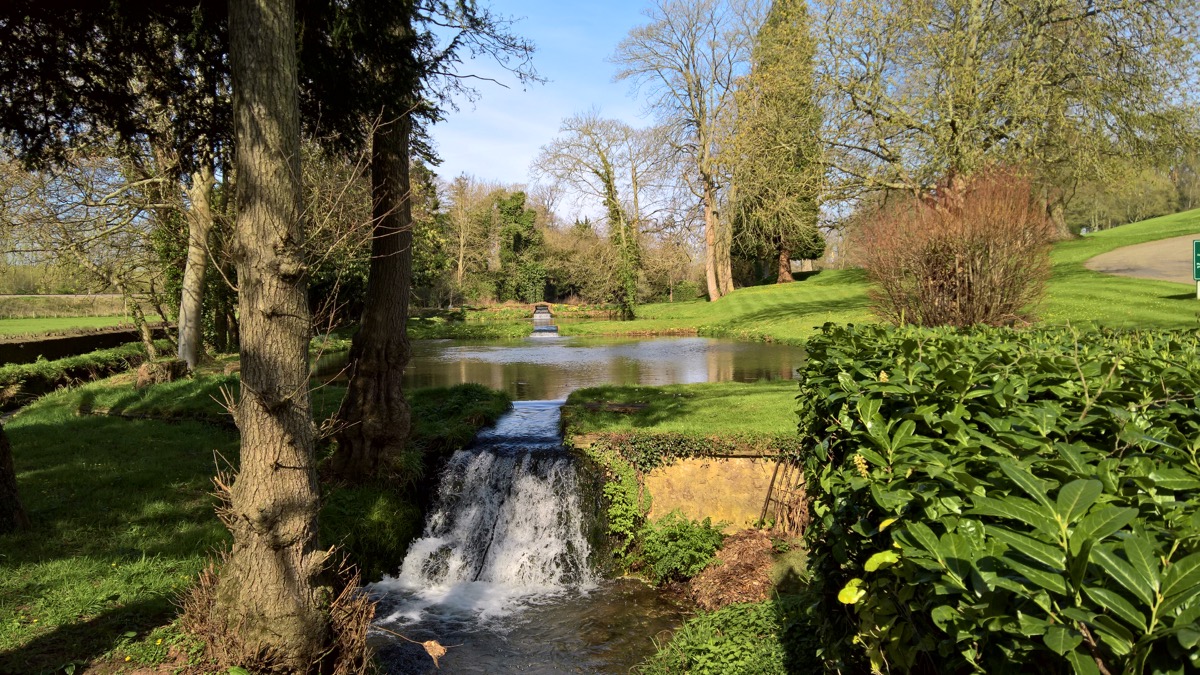 Always dramatic in real life, but the view of the scene is narrowed hugely by the trees on the left and the hedge on the right. So I thought again - and moved inside the white railings and onto the lawn beside the lake: 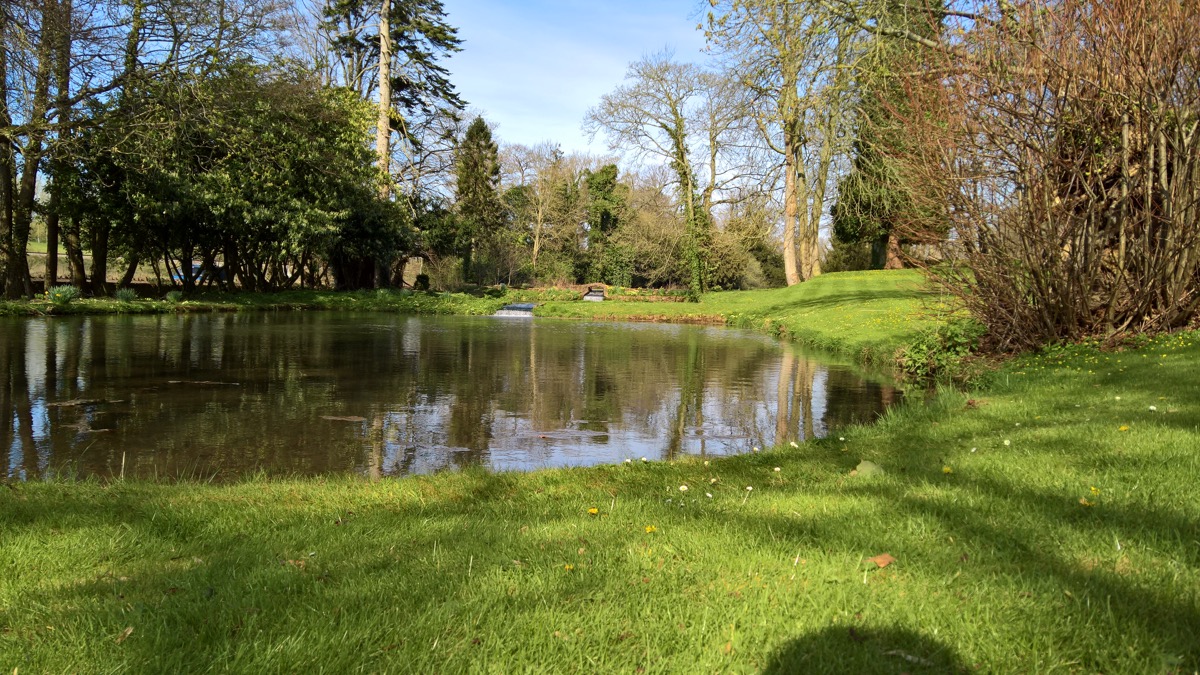 Better, despite the loss of the first waterfall (nearest the road), but the expanse of grass in the foreground dominates and rather detracts from the water.

So I employed one of my favourite tricks. Moving up to the water's edge (safely), I crouched down and shot so that the grass was out of frame on the bottom of the viewfinder - giving the impression that I'm actually ON the water. Much better and more dramatic: 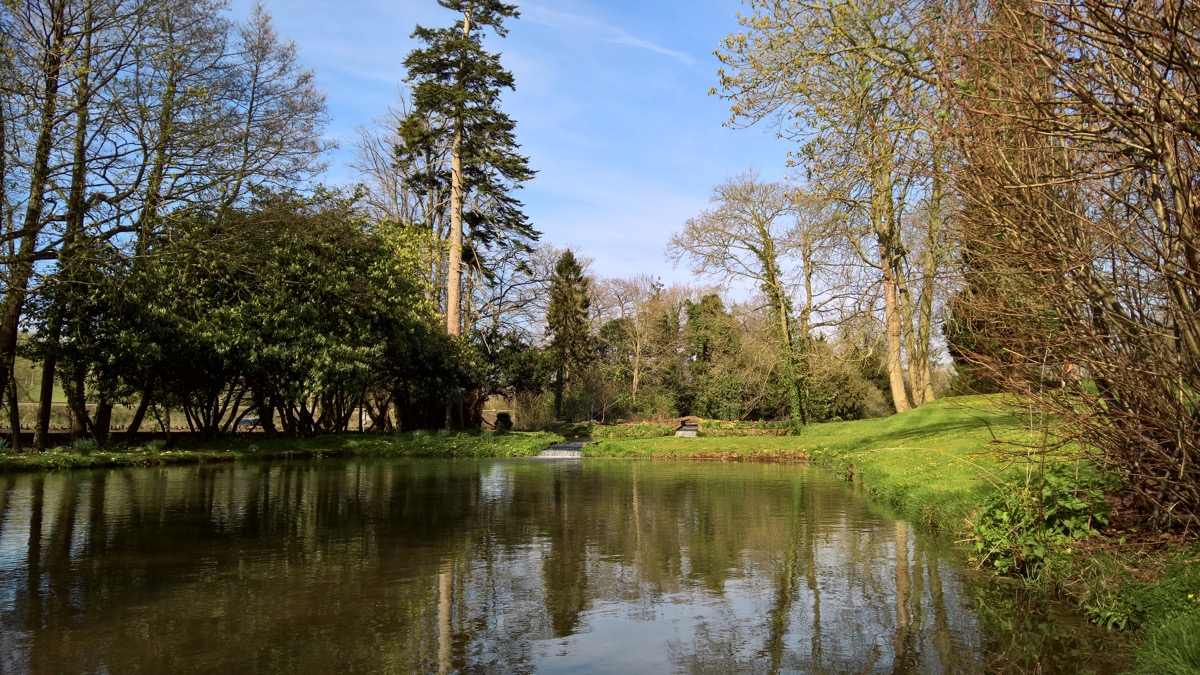 Much as the lake now sits as my main subject, I just know that the central tree is also a feature and everyone  looking at the photo will be complaining that I 'chopped the top of the tree off'. So it was time to crouch down again and this time angle the Lumia slightly more upwards, changing the framing accordingly and giving the final result:

This framing has a nice balance, I feel. Although the lake itself now only occupies the bottom 20% of the photo, it's still dominant, if only because it extends beyond the bottom of the frame, while the (now complete) tree and blue sky behind lend extra colour and interest, towering over the lakes.

In this case I was adjusting framing my moving my feet - an alternative is to use some zoom in the phone software and/or some cropping later on, but this is of course a last resort. If one of your primary goals is to take photos with highest IQ (Image Quality) then you need to try and avoid such software techniques. Here I was shooting in 8MP oversampled mode on the 950 XL, giving me almost zero noise and/or artefacts, plus I moved the camera phone physically instead of zooming in software (this gets ugly very quickly after the 1.5x PureView limit on the 950 XL).

Put the two together and it's hard to fault the photo, either on composition or quality, I'd argue.

As with other photos in this series, I share all this merely in the hope that my thought processes in approaching a subject might inspire you to think along similar (and hopefully more adventurous?) lines.

Filed: Home > Features > Anatomy of a Lumia photo #4: Lake side