Windows 10 and Continuum: Five years ahead of the pack and yet sidelined

As an industry watcher, it drives me mad to see and hear, over and over again through 2017 and into 2018, how iOS or Android are being adapted and extended, with possible reaches out into laptop and even desktop territory. The various UI issues and technical hurdles are debated, with pundits usually agreeing that whatever happens "will take five years" to mature. Hang on though, didn't we already have what's needed? In 2015, with Windows 10 Mobile?

So yes, this is just me letting off a little steam. But justified, I think. Let's take one example from the last week, with CES 2018 happening. Razer, the gaming hardware company, has launched a new smartphone recently (the 'Razer Phone', I have it in here for review) and at CES they showed a concept 'drop-in' laptop shell, 'Project Linda': 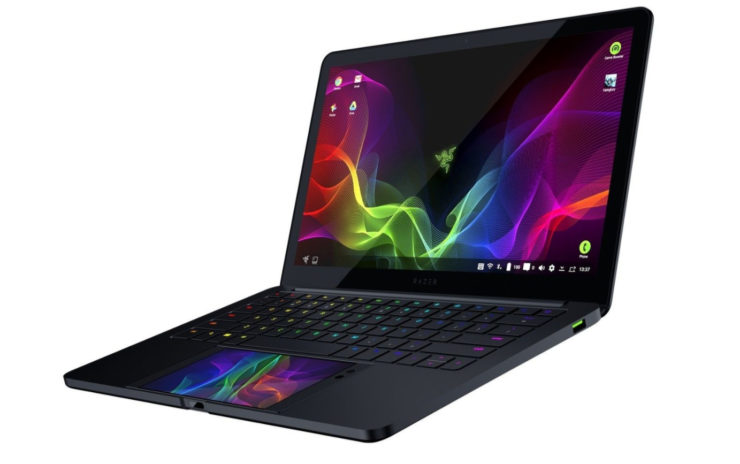 The idea of 'Linda' is that the phone becomes the trackpad for the laptop, with everything powered from the phone's Snapdragon 835 processor and 8GB RAM, etc. It's a compelling vision, a terrific piece of hardware - at least, in prototype form - but there's a huge catch. The OS - Android - just isn't geared up yet to handle multiple displays in an elegant fashion. Even the most hardened Android enthusiasts would admit that the latest Android 8.0 is still quite a way from the UI gymnastics needed to handle Project Linda elegantly. What may happen, of course, is that Razer will end up coding the launcher and display handlers themselves.

The situation's no better in the iOS world, with Apple keeping on tweaking iOS for the iPad range to add desktop-like features, yet somehow it still feels like an iPad and is still limited to the one screen, no file system, and so on. 'We're merging iOS and MacOS' has been a mantra for years and I don't think it's truly achievable.

Either way, it's really ironic that, years ago, back in 2015, Windows 10 solved all the headaches that Google (and its partners, like Razer) and Apple are facing. Windows 10's Continuum features, most obviously demonstrated on the Lumia 950 range at the time, but also taken advantage of by the 2016 HP Elite x3 (with its Lap Dock) and the 2017 Alcatel IDOL 4 Pro since then, elegantly allow for the exact same UWP applications to run on phone, phone-with-extended-display, tablet or laptop/desktop, with native or USB controllers, with the phone screen optionally becoming a trackpad and/or virtual keyboard. All of this was in Windows 10 Mobile two and a half years ago and the technology is looking more and more like the 'crown jewels' as time goes by. 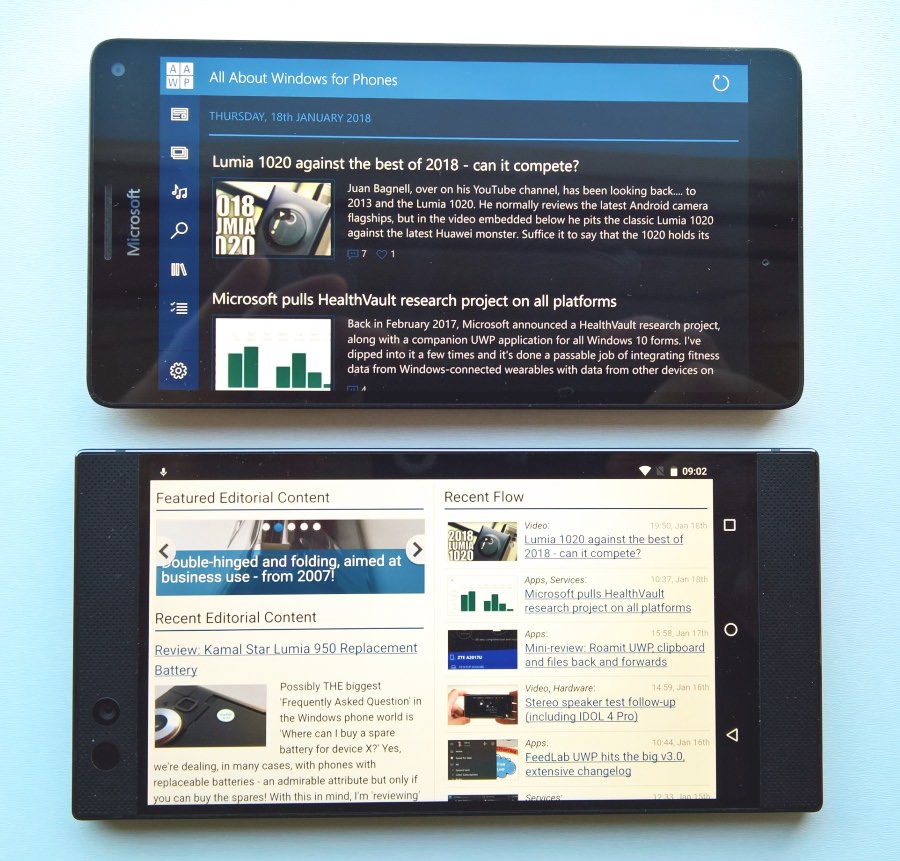 The reason why all this has escaped the mainstream and tech press is down to High Street visibility, of course, with Microsoft losing confidence in its mobile products and scrapping manufacture and then even further active development of Windows 10 Mobile itself. Which, as I've said before, is a crying shame. I understand the business reasons for scrapping the expensive ex-Nokia manufacturing and support systems around the world, but in this case the baby has been well and truly thrown out with the bath water.

Microsoft will say that it still has plans for its 'one OS for all form factors' technology, pointing to tablet, desktop, Xbox and Hololens, but without the crucial extension into the phone space then its plans are somewhat hollow and moot. The fabled Surface Mobile, a folding tablet/phablet, will use some of the Continuum and UI-adapting technology, along with the UWP applications, and I wish it well. 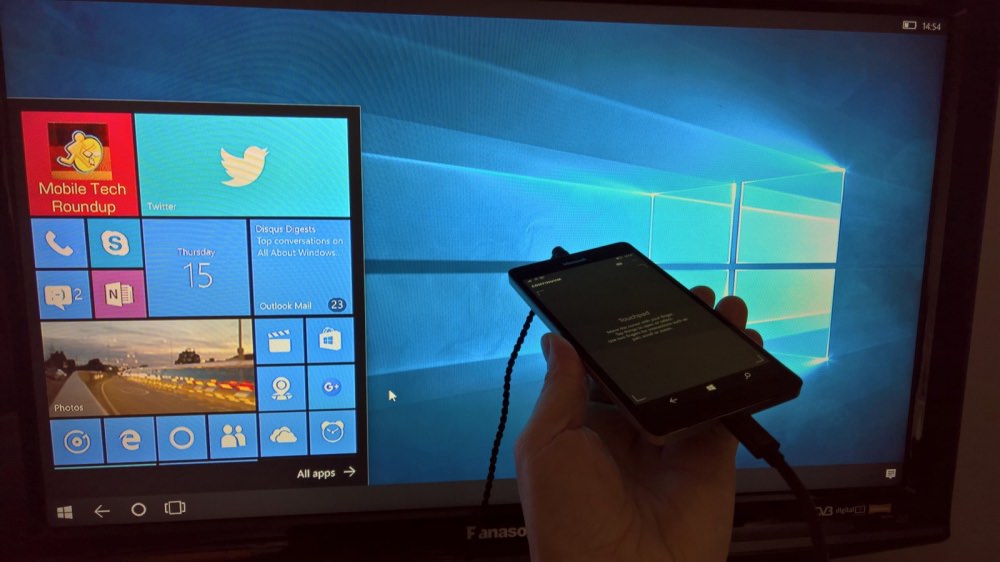 But that doesn't stop me hooking up my (say) 2015 Lumia 950 up to a standard HDMI monitor (who needs a dock?) and using it as a trackpad and keyboard (where needed) with the monitor behaving like a full Windows 10 S Desktop. Or then using the phone screen to take a call or run a different application, all while the monitor continues to run/show a UWP app.

It's not science fiction, Android and iOS fans. Microsoft did it in 2015, and it still works today.

Filed: Home > Features > Windows 10 and Continuum: Five years ahead of the pack and yet sidelined