Services-first? It seems the Lumias had to go... and that's a crying shame

It's been interesting hearing the various reporting of low sales of 'Windows' phones over the last 12 months, with pundits concluding that there was no interest from users, when the main reason was that Microsoft had stopped making or selling Lumia devices. How could people buy what wasn't for sale? How would they know the Lumia 950 etc. existed? The interesting question is why wasn't there any first party hardware for sale? The short answer is that Nadella's 'new brush' was determined to 'sweep clean'. What a shame.

So I'm down the supermarket, looking for my favourite chicken pies. I enquire about them and get the classic reply back "We don't sell them, there's no demand". "But how can you measure demand", I ask, somewhat rhetorically, "if you don't sell them in the first place? Surely sales are bound to be zero?"

This approach didn't get me anywhere in the shop in terms of chicken pies and it hasn't got Windows Phone and Windows 10 Mobile enthusiasts anywhere either. No pies. No Lumias.

With Microsoft having taken over Nokia's Devices business, back in 2013, before Satya Nadella's tenure at the help (he started in 2014), by 2015 his 'new broom' had definitely started to 'sweep clean' (as the saying goes). Every managing director/CEO/president (depending on the job) has always tried to make their mark and this almost always means scrapping stuff that the 'previous guy' (in this case, Ballmer) had done and setting off in a different direction.

So we had various phases of redundancies of the Nokia staff, we had the dismantling of the old Nokia servicing and distribution networks, we had the closing down of the old Nokia factories. Nadella's heart is in cloud services and to a cloud-shaped hammer everything looks like a nail. Cloud was the answer to, and the future of, everything, it seemed. So the old Nokia hardware designers, engineers, manufacturers, service technicians, they all had to go. 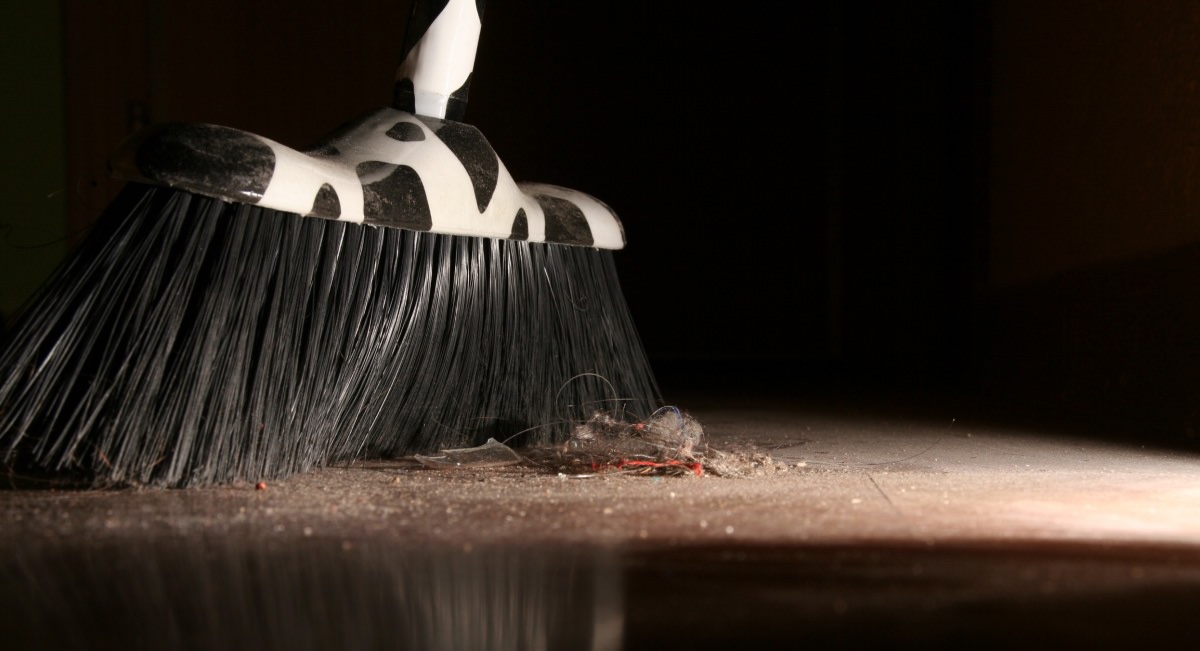 I do have some sympathy for the changing of strategies here - back in the day, when Nokia ruled the world, every manufacturer made their own phones. That was the way of the world. The only exception were the handful of Windows Mobile licensees who picked reference designs from HTC and had the latter tweak them to order - this turned out to be exactly the way a lot of the industry would turn a decade later. These days almost anyone can become a smartphone maker (look at Wharton Brooks) - you decide what you want and then get one of the big OEMs in China to make it for you. And if you don't know what you want then you can start with one of the many Qualcomm-based phone reference designs and add your logo and small touches as needed. No need for factories around the world, no need for first party designers and engineers, and so on.

Which is in itself a shame, because such an approach inevitably leads to some commoditisation, i.e. phones start to look much the same.

But back to the Lumias, the first party Windows Phones and then Windows 10 Mobile phones. Manufacture of the Lumia 950 and 950 XL flagships stopped last summer (and now you have to buy from clearance bins online in most countries if you want to buy them). I imagine Microsoft's thought process was along the lines of "the industry's changing and we don't want to be stuch with all this ex-Nokia infrastructure:, but to stop making the phones completely strikes me as 'throwing the baby out with the bathwater'.

We arrive at the position today, in late Spring 2017, when Microsoft is having to shift much of its 'mobile' emphasis to iOS and Android simply because its share on the High Street is next to nothing now - and it's only got itself to blame.

Put the three together and its absolutely not surprising that the new Lumia 'flagships' failed to set the world on fire, despite class-leading cameras and numerous unique selling points.

Then, mid 2016, just as Windows 10 Mobile becomes mature and workable, just as the UWP app scene is starting to really take off, Microsoft pulls the plug and stops the 950 range's manufacture. You couldn't make this stuff up. 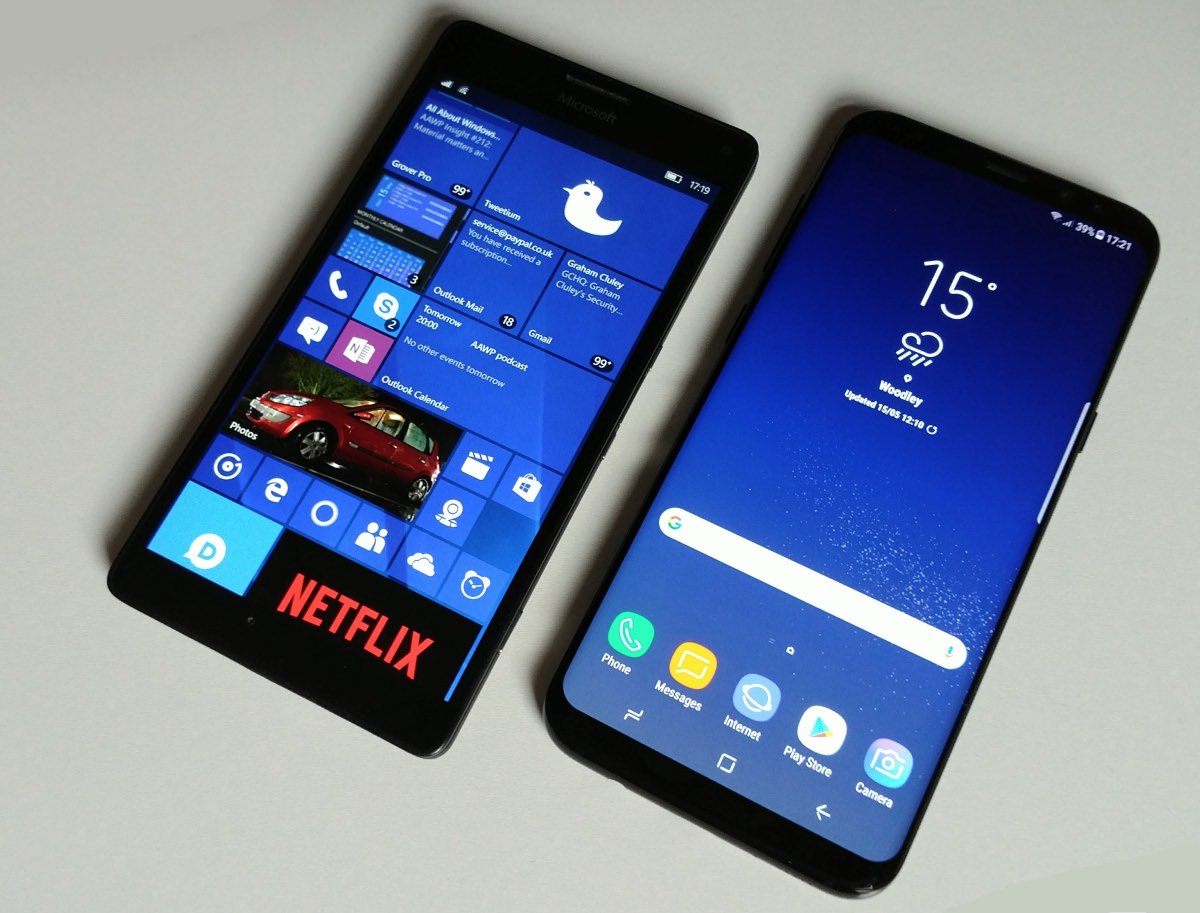 The 950 XL looking not out of place besides the very latest Android mega-phone, the Samsung Galaxy S8+

If the 950 and 950 XL were still being made, Microsoft would be able to make far more of a statement on stage, pointing out that its 'Windows 10 everywhere' vision was exemplified in the plucky Lumia 950 (and maybe) 650 devices. Instead, it has shifted subtly to 'Windows services everywhere', i.e. what Satya Nadella wanted in the first place.

Of course, it's now far too late - the factories have closed or been reassigned. HP is still selling its Elite x3 and accessories, though on a completely different time scale to the consumer phone scene, and Microsoft is having to resort to demonstrating its software on iPhones on stage - which I'd have thought would stick in someone's gut at Microsoft. Surely?

Enthusiasts have placed their hope in a new 'mobile PC' super-phablet in the Surface line, but this is at least six months away and probably twelve. In the meantime, there's the consolation that Windows 10 Mobile runs really quite smoothly on everything from the Lumia 830 upwards, even if you sometimes have to resort to the Insiders programme to get the latest update. Plus, as I've shown, the Lumia 950/XL camera is still the best in the world, 18 months after launch, giving these phones an extra lease of life in the commoditised world of 2017, I contend.

So perhaps not an excuse for floods of tears then, but certainly a crying shame all round. The change of CEO, the shifting industry, the immaturity of (and delays to) Windows 10 Mobile, they all played a part in the current static and relatively small scene.

Filed: Home > Features > Services-first? It seems the Lumias had to go... and that's a crying shame