Andromeda: Caught between a rock and a hard place and a sheer drop below

I already commented, a week ago, on some of the unconfirmed rumours that Project Andromeda (/Surface Mobile etc.) has been pushed back, but it's worth going through the thought experiment of how such a new mobile form factor would work in terms of the finer points of interface and applications. Yes, we'd all love something shiny to play with, but would it work? I'm not so sure at this point. 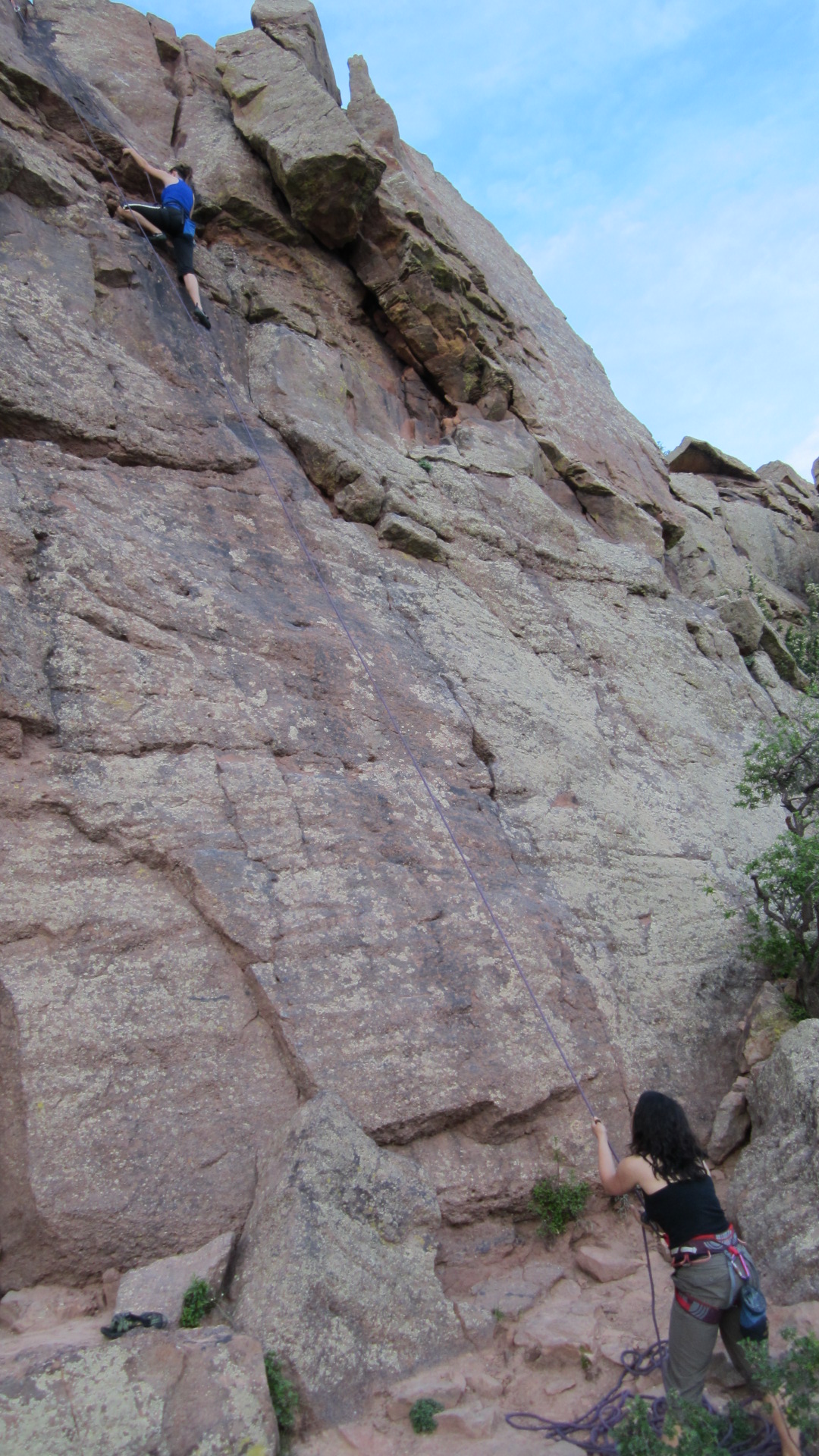 Microsoft is, at this point, caught between a rock and a hard place and a sheer drop below. In other words, utterly stuck in terms of Andromeda, as I shall explain.

The project is to have a seamless folding phablet that can be used in various modes, including completely closed, 'phone' mode, 'laptop' mode and 'tablet' mode. The hardware seems do-able and prototypes have existed in Microsoft for some time. Inside there would have to be an ARM chipset (for power reasons) and the OS would have to be a Windows 10 variant, necessarily based on the current Desktop (and Core OS, internally) builds, since Windows 10 Mobile was left behind at least a year ago (see the PS below). It would be centred on UWP applications, all of which are still being developed, and which scale and work well on all screen sizes and work with touchscreens. Full telephony would allow for phone use, truly a single device for all purposes, as it were.

All sounds ideal, eh? But it's only when you start to really think about this as a product in the real world that issues start to rear their head. Issues that caused Microsoft to push the project 'back'.

For starters, thinking about Andromeda as a phone, there's no native currently-supported ARM version of many consumer favourite applications, I'm thinking Spotify, Snapchat, but I'm sure you can think of others that don't begin with 's'! You can argue that this is a business tool and that missing out the most popular consumer apps isn't an issue, but Slack (another 's'!) is most certainly business-centric and needs to be present. Plus, surely everyone wants to relax with a little music or social communications sometimes? It's just not good enough to launch a device in late 2018 with so many native applications and services missing in action.

OK, so the argument goes, then you rely on 'Windows 10 on ARM's Win32 emulation capabilities. So you just run the Win32 Desktop versions of Spotify or Slack, for example. Except that the user experience will be terrible. Slight delays while things load on the Desktop are fine. You or I might double-click Spotify on our desktop and accept that we'll be waiting ten seconds of so - time to sip a drink, and so on. But you can't have ten second waits on mobile - and with that emulation layer in place then the delays and slowdowns are going to be even longer. Mobile tech needs to be fast and smooth - that's what Android and iOS deliver and Windows 10 on ARM on Andromeda would need to compete - somehow.

Then there are the UI issues, even before we look at the dual screen and modes. Win32 applications are terrible in terms of finger-friendliness on touchscreens - boot up Windows Explorer on your Surface Pro and try to use it without the Type Cover and trackpad and you'll see what I mean. Classic Windows just isn't designed for finger control. Heck, it was clunky enough with a stylus, back in the day!

So we can eliminate Win32 applications, except as a last resort, leaving a genuine day to day 'app gap'.

Then we come to the dual screen folding nature - applications will have to adapt to the various screen changes and modes. And I doubt even the best behaved UWP application from Windows 10 (including Mobile) will know what to do in each folded use case. Which means that a significant number of the best UWP apps from third party developers will have to be onboard, more or less from day one. And, given the shafting Microsoft has given developers over the last few years (shifting targets, poor Store, etc.), it's not clear how much effort the latter will put in.

I don't mean to sound defeatist. I can absolutely imagine holding a Surface Mobile right now, flipping it around, turning phablet into tablet into micro-laptop. It's a fabulous concept. But at the same time, from my experience with Windows 10 Mobile and with Windows 10 Desktop on the Surface Pro range, I can tell that there are major issues in terms of a rounded product with a decent ecosystem of support behind it. And those same issues are where reviewers will slap a new device down hard (I know, as I'm one such).

If such a device had a unique selling point other than the sheer geek cool of something that transformed, a function or characteristic that couldn't be done by a simple smartphone/Surface combination today, then that would make some of the pain worthwhile. The Surface Mobile would get better and better with updates, with applications coming on-stream weekly, and so on. But there really isn't a functional USP that isn't met by existing hardware. Even the 'tablet' mode can be argued as covered by the new Surface Go, along with your existing phone and maybe a Desktop or Surface Pro or similar back in the office.

So then it comes down to uber-geeks who want an all-in-one device and are prepared to put up with frustrations and workarounds in the hope that the product will get more fully rounded in time. And that's not a massive market.

So Microsoft really is stuck here. They can't go ARM because they won't have enough apps, yet if they go Win32 for Andromeda, they lose out massively on battery life and also on compatibility with a multi-mode, multi-screen device. And even if they solve these dilemmas, they've still got to find a large enough target market.

PS. Of course, the purist in me says that the 'right' thing to do would be to have persevered with Windows 10 Mobile. This already scales perfectly to various screen sizes, is already 100% mobile/touch friendly, already works on ARM chipsets. And I'll say it for the umpteenth time - stopping work on W10M and stopping production of new first party handsets was a huge mistake. There were plenty of ways that Microsoft could have carried on in mobile without having to keep the whole ex-Nokia support network going (that was the costly bit). What might have been, eh?

Filed: Home > Features > Andromeda: Caught between a rock and a hard place and a sheer drop below