Meanwhile at MWC 2019: a new Qwerty communicator, inspired by the Nokia E7/950

Back in early 2010 I was part of a panel of people giving feedback on different aspects of phone functions, software and hardware, run on behalf of Nokia. The latter section was about handling a variety of unmarked (non-running) prototypes and saying what we thought about the physicality. Two, in particular, caught my eye, with QWERTY keyboards and slide'n'tilt displays. One went on to become the Nokia E7, running Symbian, the other (larger, which I preferred) went on to become the Nokia N950, running MeeGo. And now, in 2019, inspired directly by these designs, we have a new Communicator, shown off at MWC.

What I liked about the Nokia N950 prototype, compared to the E7, was that although the phone itself was roughly the same size, the keyboard truly was full width, and not sculpted to sit inside a 'hollow', as on the E7. The latter was very much about two handed thumb typing in mid-air (as we still do today, albeit on touchscreens), while the N950's keyboard seemed large enough to also have the option of two-finger finger typing while the device was sat on a desk.

From my original 2012 E7/N950 comparison feature, which is still online if you care to have a read, here's a shot of the two devices, E7 on the left:

Oddly, in the image it's clear that the N950's keyboard wasn't significantly larger than the E7's, since the keys didn't go all the way to the edges of the under-section, but the impression in the hand was certainly that it felt larger. It's also worth noting that the infamously under-performing Nokia N97 predated both of these designs, albeit in a smaller form factor and with resistive touch.

Anyway, Liangchen Chen apparently got handed a N950 one day and loved the form factor. So much so that, when Nokia failed to do much with it, he and his engineering design company (Livermorium) set about trying to make it happen themselves. Firstly by working on a Moto Mod keyboard for the established Motorola Moto Z series, and now by creating a generic communicator using a similar slide-and-tilt cantilevered mechanism as the old E7 and N950. 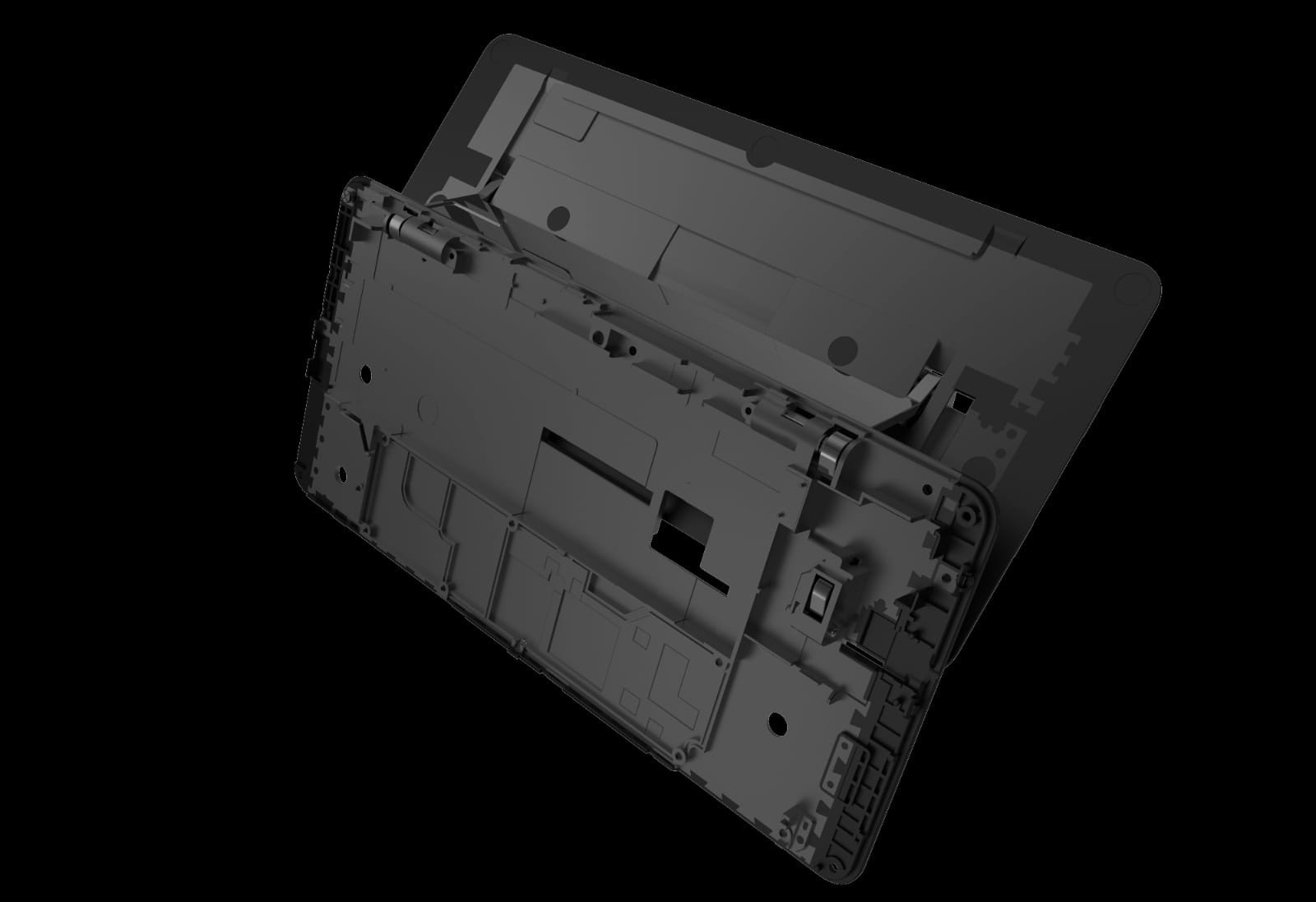 Talking in their blog, F(x)tec said (of the hinge system):

If you’ve ever used a phone with a slider in the past, you probably miss that satisfying feeling and sound you get when opening and closing the mechanism. So why did we pick an angled slider and not just a regular slider? Honestly, we’re big fans of the angled mechanism that was used in some Nokia sliders. The main benefits of this design are better viewing angles for the screen along with a more robust and solid mechanism. It also prevents the screen from wobbling when closed, a common problem with regular sliders. For our phone, we hired the same engineering team who designed the Nokia N97, E7, and N950. We tweaked this design for a larger form factor without compromising its strength.

We used a method called Powder Metallurgy (PM) to manufacture the slider’s metallic parts. This makes the slider mechanism stronger and more likely to survive a drop. These parts also have to be manufactured with very high accuracy (tolerances of < 0.25mm). Very few factories can meet these requirements, but we managed to find one. For reference, we require the same high standards used for some mechanical parts on high-end drones.

So, shown off at MWC was this, from London-based F(x)tec with their Pro1, with its mechanism partly pictured above. F(x)tec is planning to sell this in July running Android 9 with some minor mods to make it work better in landscape mode. 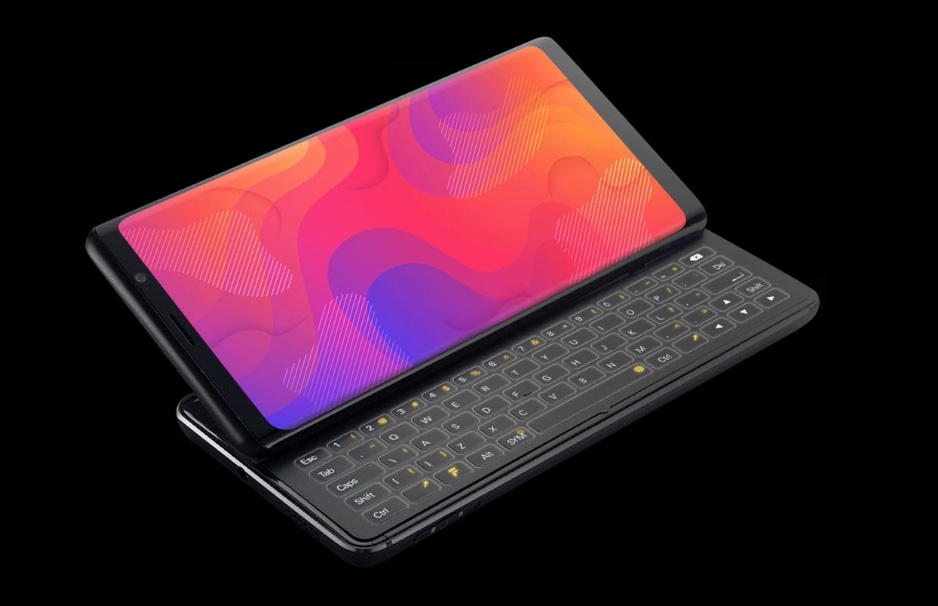 It can be pre-ordered here. Will it actually come out in retail form? I'd put the chances at 50:50! Remember that the Nokia N950 never appeared for consumer sale (it was shipped to developers, I believe) and that the Moto Keybard Mod never even made it that far. So we're talking interesting prototypes and precious little for customers.

However... videos from reviewers at MWC do show a (more or less) fully working prototype. In theory, the supposed ship date of July 2019 is possible, though as Planet Computers have found, getting units made on the other side of the world (China) and assembled perfectly is a more involved process than one might think with such relatively complicated mechanics.

Here are a couple of interesting walkthroughs, first of all from Michael Fisher:

Interestingly, Michael compliments F(x)tec on clustering the letters in a smaller area, not larger, with the idea that thumb typing is easier - and I can see that. I'd still like larger keys so that actual typing could occur though, as on the Cosmo and Gemini communicators. But I accept that this is a personal preference.

The future's bright, the future's QWERTY, then? Well, maybe. With folding phone/tablets and now keyboards, 2019 is certainly shaping up to a more interesting year in smartphones than 2018!