What appears to be a pair of press photos for the Nokia Lumia 929, an as yet announced Nokia smartphone, has been leaked by @evleaks on Twitter. The photos show a handset somewhat similar to the Nokia Lumia 928, but with several obvious changes, including a simpler back design, a 20 megapixel camera, and a switch from Xenon to dual LED camera flash.

On the screen of the device there are three columns of Live Tiles, which points toward the device having a 1080p resolution screen, support for which is expected to added in the Windows Phone 8 GDR3 software update. The device is described as being available in black and white and arriving later this year. 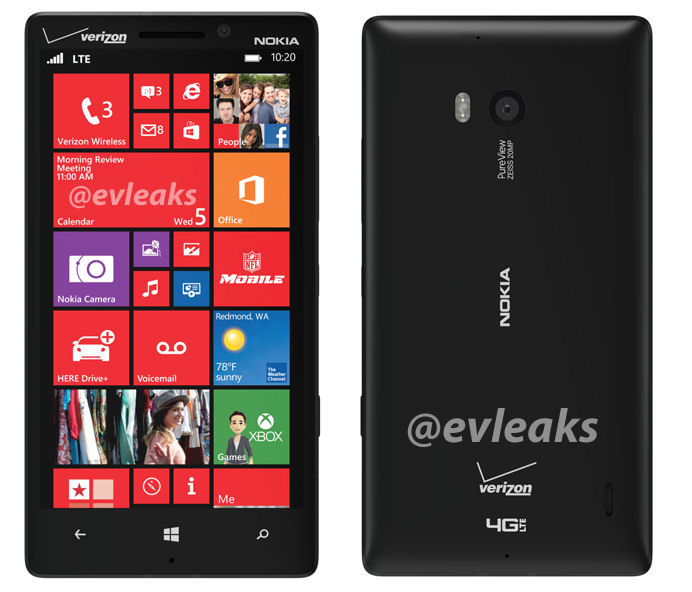 The design and Verizon branding would fit with the Nokia RM-927 device that was recently certified by US regulatory authority the FCC:

Given it's number and branding the Lumia 929 is almost certainly only going to be available through Verizon. However, we would expect a simarly sized and specified global variant (i.e. an upgrade to the Nokia Lumia 920 / 925 running on the new hardware family) to be announced in a similar time frame. We would expect this Lumia device to be a sister device to the Lumia 1520, with both devices likely to be announced at Nokia's October 22nd event.

While the leaked image and screenshot are, in our judgement, genuine they should be treated as unconfirmed until the formal launch announcement is made by Nokia.