Regardless of the doom and gloom you may have heard, Windows 10 Mobile isn't dead. Its new 'feature2' branch keeps getting updates and fixes. This is 5 build numbers over last fortnight's effort ('The Emoji Update'?!), and features mainly fixes, as per the quote below. 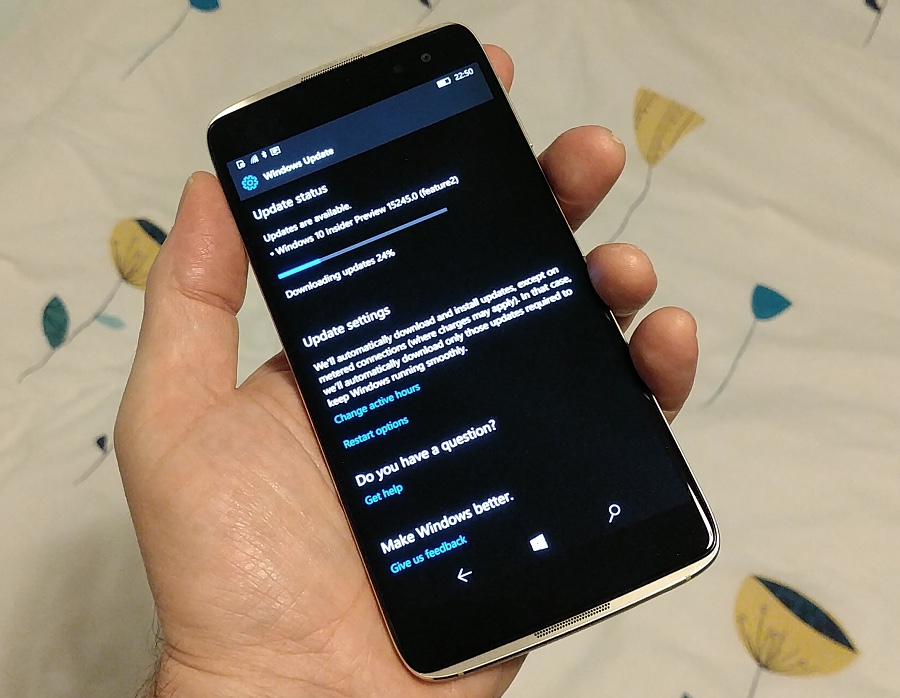 For 'feature2', think 'RS2+', i.e. 'Redstone 2 Plus'. As before, the Fast Insiders ring for Windows 10 Mobile is becoming less the 'unstable, early access' ring and more the 'more bugs fixed than any other' ring. There's clearly still effort going into keeping the core of Windows 10 Mobile up to date, in parallel with the internals of the Desktop SKU, and fixing reported issues.

We are releasing Windows 10 Mobile Insider Preview Build 15245 to Insiders in the Fast ring.

Nothing earth shattering then, but all worth having fixed? I should emphasise that, in addition, there are always additional small under-the-hood UAP improvements and fixes which are even too low-level to report in the Microsoft post.

Note that the popular Lumia 930 and 1520 haven't yet been 'provisioned' for this branch of Windows 10 Mobile. I tried - setting the Insider level to 'Fast' doesn't show up any of the recent 152xx builds. Do ping me if this changes, but I'm prepared at this point to say that these 2014/2015 phones may have reached their plateau on the Creators Update Release Preview ring, which will see critical updates through 2017 and then... no more after that.

PS. See also my feature Windows 10 Mobile and the Future: towards Autumn 2018.

PPS. There's also my feature on upgrade paths for the various classes of existing W10M handsets and the wider grid covering older devices, even though most of these won't be able to take advantage of this (RS2+), even with the Insider programme.

PPPS. This build seems to have changed the fingerprint sensor behaviour for Windows Hello for the Elite x3 and Alcatel IDOL 4 Pro, I'm investigating!