Twitter's official UWP client and its PWA - disappointments all round

There has been quite a bit of shuffling around on the Twitter front in recent months, in terms of where it stands on Windows, so I wanted to summarise the current position and expectations. Is the UWP app dead? Is the PWA app the way forward?

We all love Twitter as a service, but things aren't quite so rosy in terms of accessing it under Windows, especially on phones.

This hasn't been updated since the end of 2016, which is an eternity in the mobile world. Significantly, there's no support for 280 character tweets (so you're limited to 140) and this is a showstopper in 2018 in my opinion.

On the plus side, at least on Mobile, it's a first party application and fully supports push notifications, should these matter to you for Twitter, plus there's a full on 'dark' mode, which also makes a big battery-saving difference on AMOLED-screened phones.

But this UWP application is ultimately on the way out - it's already been replaced in the Microsoft Store on desktops/laptops by the PWA version (below) and, though I don't expect this to happen for Windows 10 Mobile, there's also very little chance that the Twitter UWP app will ever see another update. All very sad.

PWA being Progressive Web App, of course. Twitter has thrown its eggs into PWA as a way to get their polished web experience for desktops onto smartphones in general and Windows in particular without having to do all that tedious messing around in C++ and actually making an application.

The PWA (accessed on phones right now by just going to mobile.twitter.com) is, by definition, bang up to date, since it's loaded and refreshed from Twitter directly - it's clean and functional, but also very 'white', there not (yet) being any way to make the interface dark and this is an issue for me on my AMOLED screened Windows 10 Mobile phones. 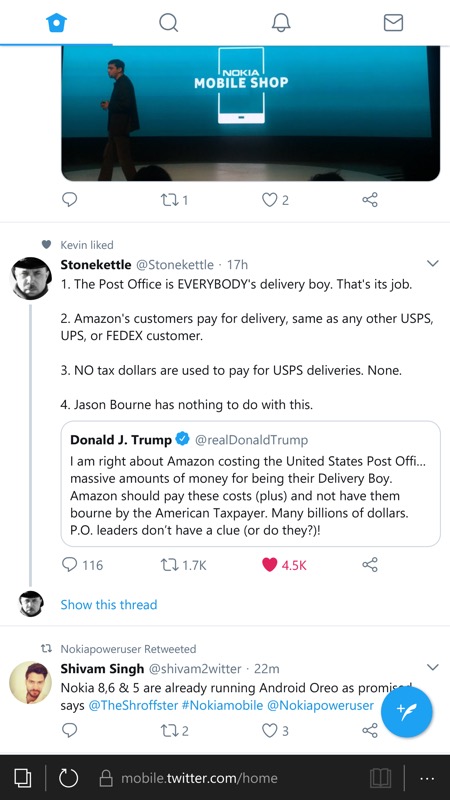 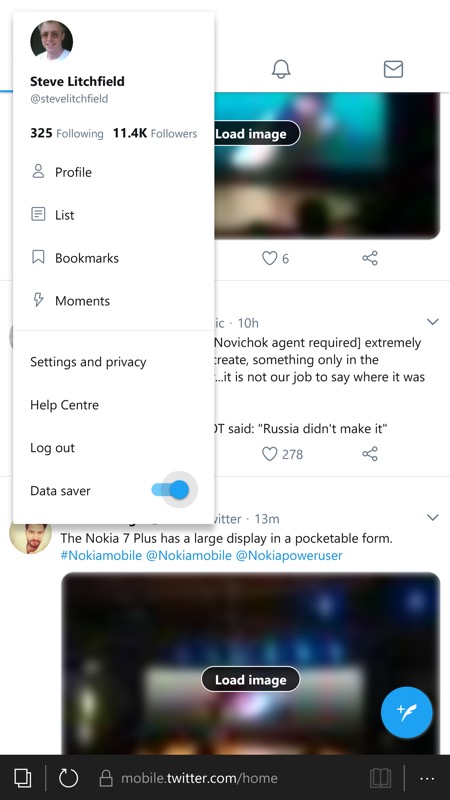 Twitter's PWA in action - not in the Store for mobile, but just go to it in Edge, etc. (right) notice a) the lack of dark/night mode, and also the 'data saver', which takes away the preloading of media... 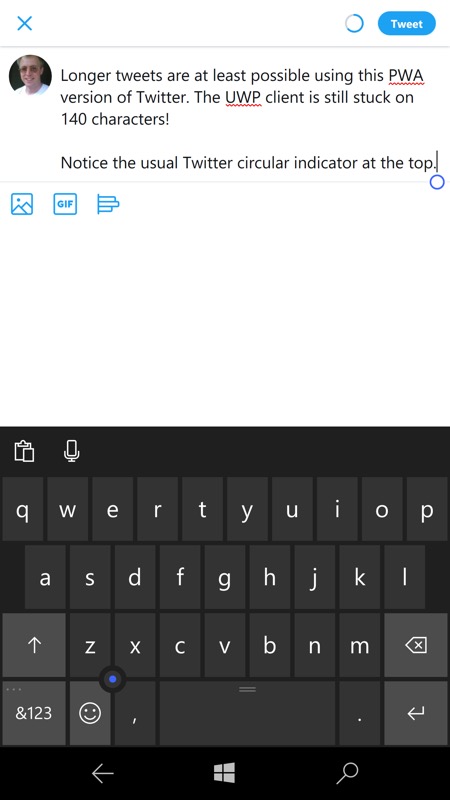 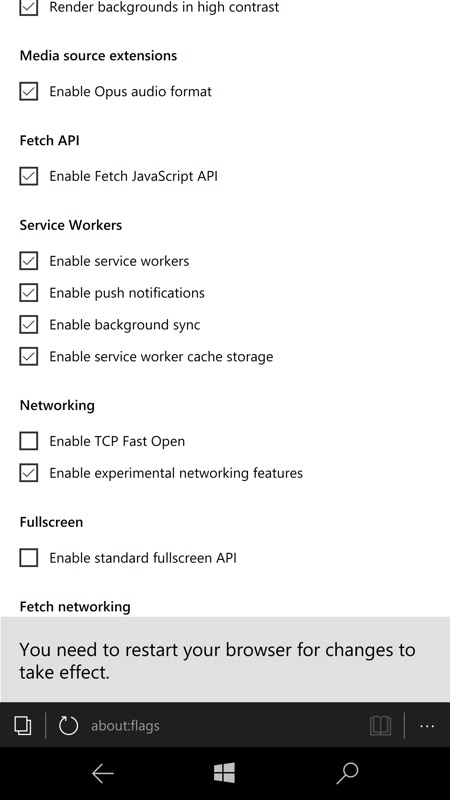 But there's full support for long tweets, polls and more, of course; (right) I've tried tweaking Edge's advanced settings, but push notifications don't work yet - probably needing changes by both Microsoft (for Edge) and Twitter (for its PWA code)...

Installing and using a third party Twitter client is probably still the best option all round - Aeries UWP supports the longer 280 character tweets, while Tweetium UWP (still my favourite) supports longer tweets AND also supports push notifications, thanks to its commercial nature and server-side support. And the third party clients can all go 'dark', of course.

Meaning that the poor(!), confused user of Windows 10 Mobile can go one of three ways*. The first, official UWP, is outdated and already replaced on the desktop. The second, PWA, is currently very limited. While the third party clients are commercial and have to be bought but then you're into a much slicker world.

* four, if you include the regular plain HTML web experience, also in Edge!

Choices, choices... how do you access Twitter on your Windows phones? Data points and more app suggestions welcomed!

Filed: Home > Flow > Twitter's official UWP client and its PWA - disappointments all round