Last covered two months ago, myTube! UWP goes from strength to strength as the premier YouTube client on Windows 10 Mobile. Here are details of today's big v3.4 update, straight from the developer. Highlights are fewer sync issues, better performance, and many UI tweaks.

Here's what's new for myTube! UWP for Windows 10 Mobile since the previous story:

Here's the new version in action, though note that many of the above items aren't actually able to be captured in static screenshots(!): 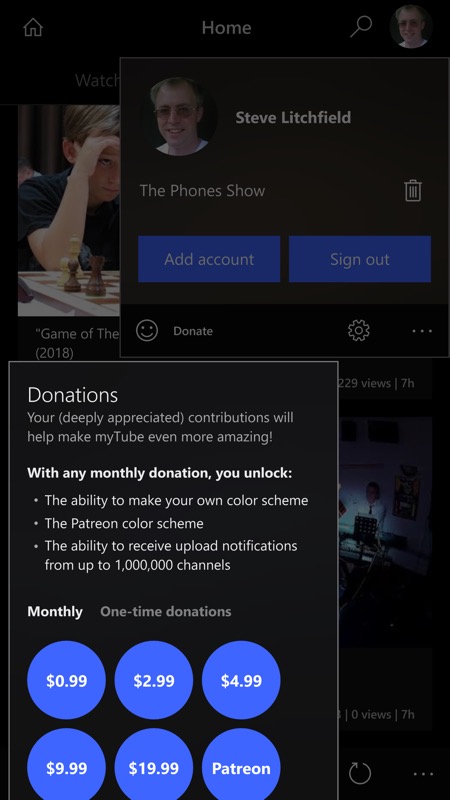 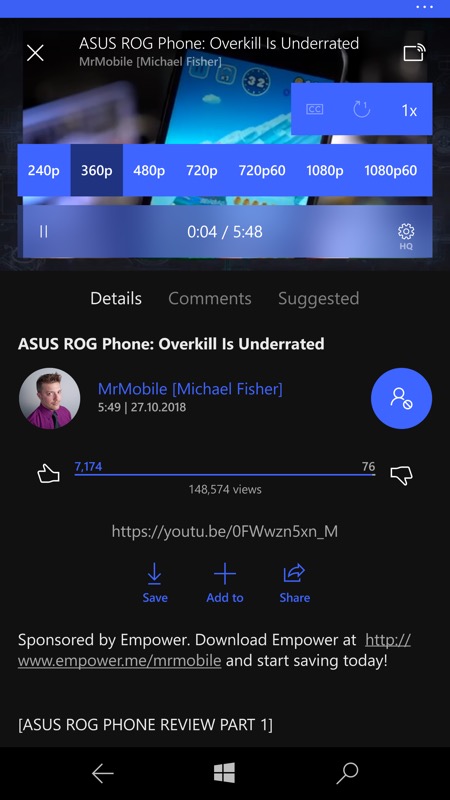 New monthly donation options, which unlock a custom theme system and upload notifications. I do think that asking $20 a month from individual users is a little far-reaching though! Still, if enough people donated $1 a month, the system might work for the developer.... (right) all the usual resolution and speed options - which now work more reliably in terms of sync. 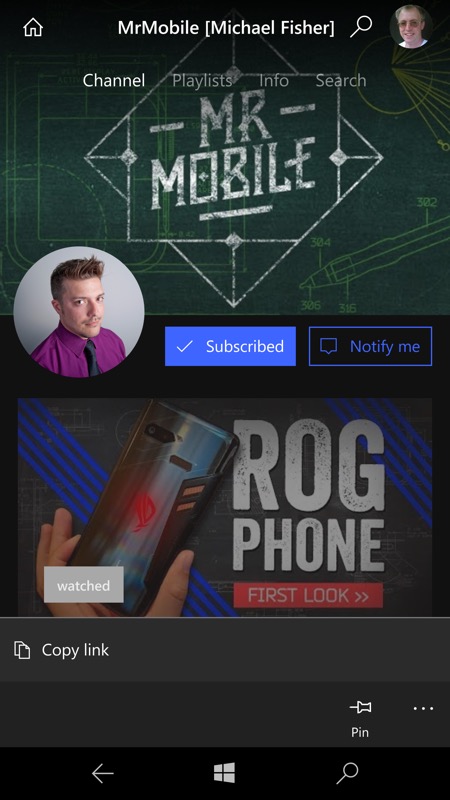 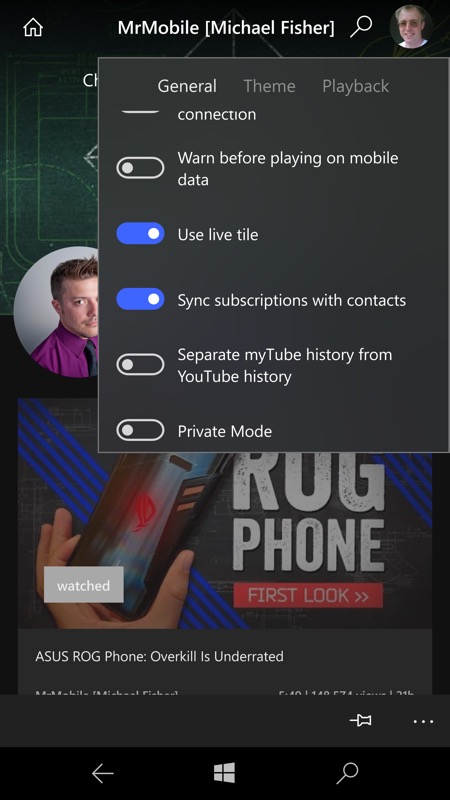 Within a channel's page, there's now a 'Copy link' function, to copy this URL for use in an email or social post; (right) 'Sync subscriptions with contacts' - I'm still not exactly sure what this does - can anyone enlighten me in the comments? 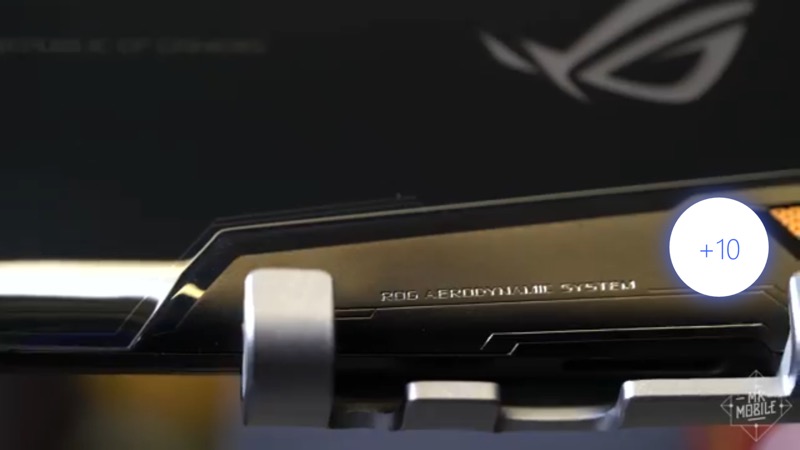 When watching a video, and mimicking the official YouTube client on Android, double tapping on left or right of the frame delivers + (or -) 10 seconds on the timeline, along with this visual confirmation...

Another good upgrade to a useful Windows 10 UWP application, you can buy it here in the Store (it's only a dollar or local equivalent, and actually free for the next couple of days, if you're quick!) Yes, it's a blow to not have an official YouTube client from Google for the Windows 10 platform, but hopefully all users will find this (or one of the other top titles like Awesome Tube or Perfect Tube) quickly in the Store, making any omission somewhat moot.