Here are screens of v3.5 in action: 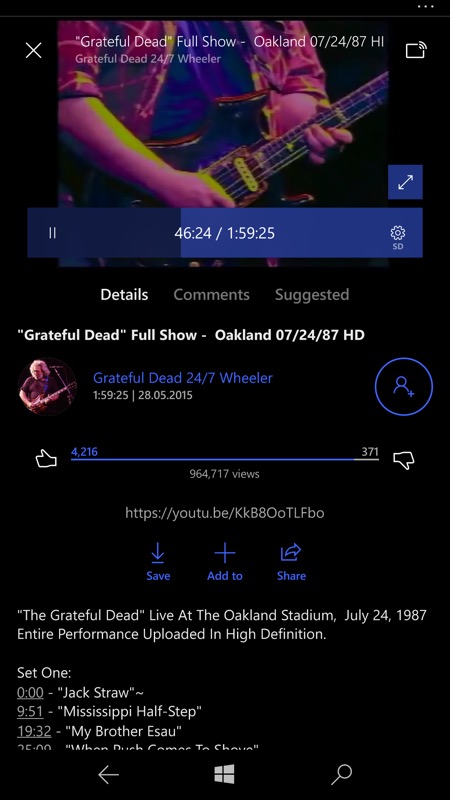 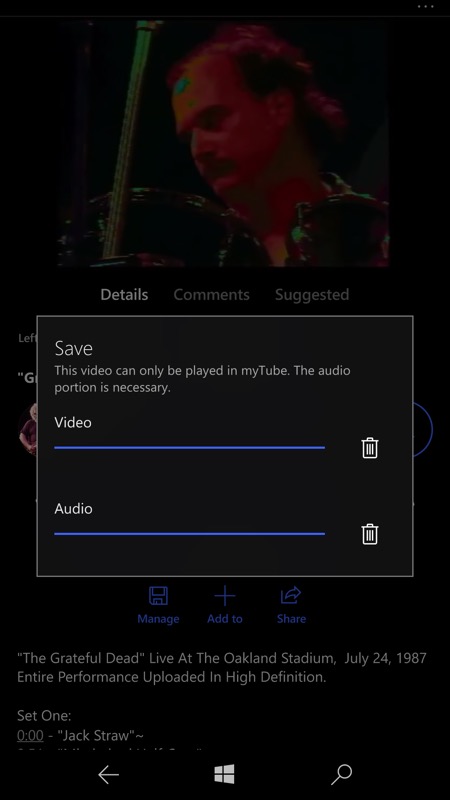 Scrubbing through a long video, it's much quicker to get up and running at the new time point; (right) 'saving' videos to local storage, for offline playback - in theory, these can be added to playlists too.

In addition, the developer has news of the upcoming myTube v4.0:

While 2.0 and 3.0 were completely rebuilt from scratch, that won't be the case for 4.0. Instead, I'll be taking the current app and overhauling it from the inside out. Hopefully that means development won't take a whole year this time, but no promises haha. At the very least, you can expect 4.0 to be available in beta by early March!

There's a lot of stuff I have planned that I want to tell you guys about, but I won't spoil the surprises until later. As with 3.0, I'll be keeping you up to date on 4.0's development progress with occasional messages :)